The county bond court isn't actually even called that anymore, it's called the Pre-Trial Division, and when deciding how someone accused of a crime should be dealt with before their day in court, pre-trial judges use a risk-assessment tool and evaluate the type of crime someone's accused of and their flight risk, as well as factors like criminal history, how much bail someone could afford to pay and whether something like supervised release would be appropriate.

“These were not bails, they were like ransoms,” said Bishop James Dukes of the Liberation Christian Center of the previous, cash-based bail system.

Critics have asked why it took so long for Cook County to embrace this approach.

“It’s working beautifully,” Evans says. “That approach to keeping people who are dangerous in jail has been followed. Our judges are in fact not setting bonds higher than people can afford.”

Evans says thanks to the reforms, the number of individuals released on their own reconnaissance (with “I-bonds”) versus cash bonds has surged while cash bonds have plummeted from 47 percent to 19 percent.

And Cook County Sheriff Tom Dart's office confirms that since mid-September the Cook County jail population has gone down to from nearly 7,500 to roughly 6,350 – a drop of about 15 percent.

Evans says that saves the county money, given that it costs about $126 each day someone is in jail.

Cook County is scraping for cash. The repeal of the soda tax, which takes effect Dec. 1, leaves commissioners with a $200 million hole to fill.

“People have to understand that government costs money, and that we need reasonable revenues and unfortunately when you create a hole – especially away from the budget process like the repeal was – you’re in a  situation where this budget is much harder to put together,” Commissioner Larry Suffredin, D-Evanston, said.

The court and jail systems are bearing the brunt of the cuts that Cook County commissioners are expected to make when they vote Tuesday on a budget for next year.

Sixteen of the county's 17 commissioners had signed off on the latest spending plan, which was unveiled on Friday. It calls for 425 layoffs county-wide -- roughly 180 each for the court and jail systems. Commissioner Jesus Chuy Garcia was the lone holdout, citing concern over the effect of these cuts.

Negotiations continued over the weekend, and on Monday evening Cook County President Toni Preckwinkle spokesman Frank Shuftan said that an agreement had been reached to save 22 positions due for layoff in the Public Guardian’s office.

“Advocates for the Public Guardian made a compelling case over the weekend and today to roll back the planned layoffs and maintain service levels and, working together with Commissioner Suffredin, the Budget Office has found savings to do so,” Shuftan said in a statement.

Judge Evans is urging the county to take a different route with its cuts when it comes to his office. He proposes furloughs, rather than layoffs. He says that would save workers' jobs, and he also raises alarms about what the cuts will mean to progress in the pre-trial system.

“I characterize these … as unintended consequences that will flow from this debacle,” Evans said Monday. “It is a debacle because it’s unfair, and it’s going to hurt people who desperately need help.”

Preckwinkle had tried this fall to pressure commissioners to keep the penny-an-ounce tax on sugary drinks in place, citing the need for revenue to prevent these sorts of cuts.

Shuftan says switching out layoffs for furloughs isn’t as simple as it may appear.

While Evans can order non-union staff to take 10 days of unpaid time off, that must be negotiated with unionized employees who make up the majority of the Office of the Chief Judge’s staff.  Nearly 2,000 are unionized while about 540 are not.

“Additionally, furloughs do nothing to resolve structural out-year budget problems because the employee remains on the payroll and the next two years  are also expected to be extremely fiscally challenging,” Shuftan said in an email. “As to preference, the President deeply regrets that the lack of revenue, resulting from repeal of the beverage tax, has brought us to this point, and our budget team – working with commissioners and other County officials – has done everything possible to recommend cuts in areas that will have the least impact on critical services.”

It comes as Preckwinkle faces a challenge from an old foe. Former County Board President Todd Stroger, who lost that office to Preckwinkle in 2010 on the heels of residents’ frustration with a sales tax hike he’d pushed through, announced on Monday that he’s running again. Former Alderman Bob Fioretti last week signaled he’s in the race too.

While Evans says he feels as if the court system has been unevenly targeted for cuts, Evans on Monday was unwilling to wade into the political battle ahead.

“When I put on my black robe, I took off the political hat at the same time,” Evans said. “I’m not talking about casting blame. … I think these are unintentional consequences. I don’t think it’s political payback of any kind and I’m not trying to cast aspersions on anybody politically. I just want (county commissioners) to take a look at the people who will be without these services.” 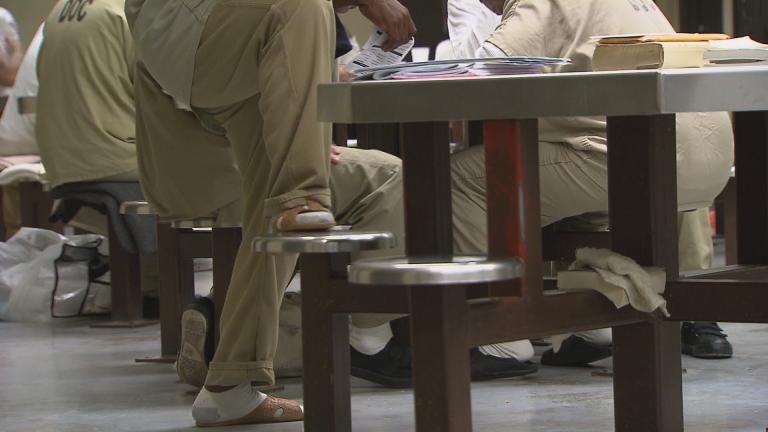 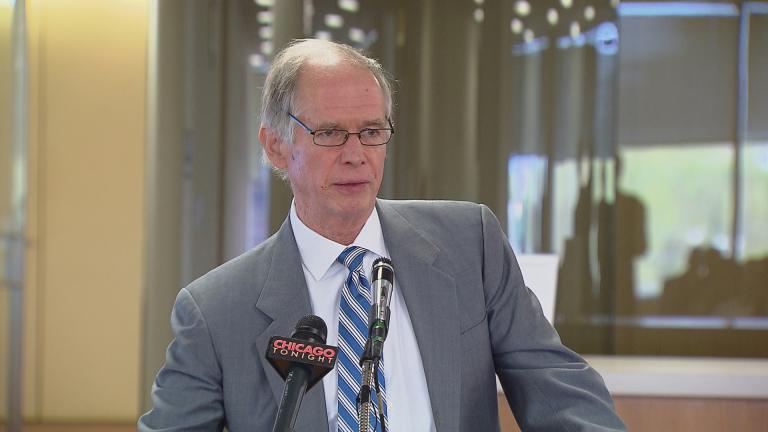 May 30: Often when criminal court defendants are placed on probation, they’re sent back to jail if caught using drugs. But in one Cook County courtroom, they’re given a second chance – and sometimes a third or fourth. 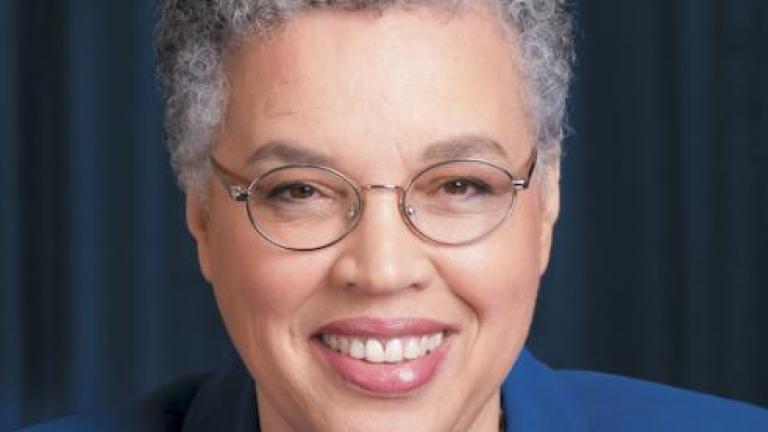