Chicago public high school teacher Amy Bizzarri seems to have a permanent case of wanderlust. In college, she majored in French, then studied Italian in graduate school. She still travels often, but now you’re likely to also find her singing the praises of her own hometown. She writes about fun things for families to do in Chicago for the Chicago tourism department, Choose Chicago.

But Bizzarri is hoping that Chicagoans, not tourists, will be the audience reading her new book, “111 Places In Chicago That You Must Not Miss.”

“I really set out to write a guidebook for locals,” Bizzarri said. “Even people who think they know Chicago well might not have heard of many of these places.”

In the book are hidden gardens and unusual buildings, like the leopard house in Rogers Park and the ghost church in Pilsen; under-the-radar restaurants and bars include the coffee shop tucked away in a downtown alley. Funky shops and attractions like the Busy Beaver Button Museum also make it into the book. “I really took the research seriously,” she said. “I hope it will encourage people to get out and explore a new part of the city they’ve never been to.” 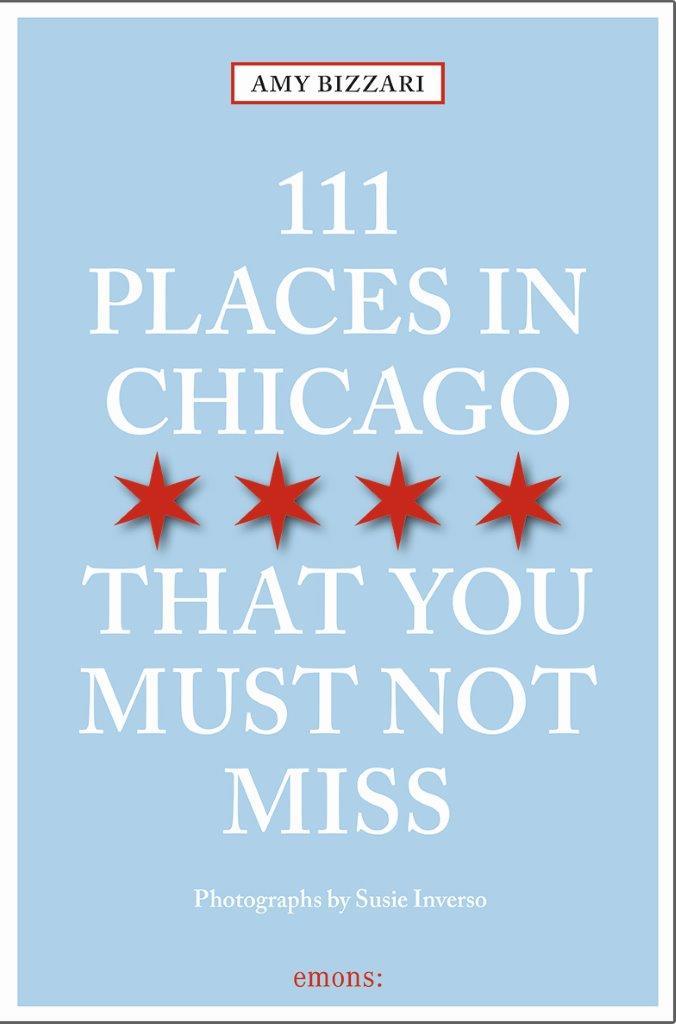 Reclaiming nature from the Jungle

In the early 20th century, the pristine South Fork of the Chicago River morphed into an open sewer for the Union Stock Yards. Meatpackers dumped so much blood, entrails and offal into what was once a serene wetland that it began to bubble with methane and hydrogen sulfide gas; its banks were coated in animal hair and waste.

It was so polluted that in 1906, author Upton Sinclair wrote in The Jungle, his expose on Chicago’s meatpacking industry, “… the filth stays there forever and a day … bubbles of carbonic gas will rise to the surface and burst, and make rings two or three feet wide …”. The socalled Bubbly Creek was so caked with grease and filth that Sinclair observed runaway chickens walking upon the mucky fork. It wasn’t until the Union Stock Yards closed in 1971 that Bubbly Creek began ever so slowly to reclaim its once pristine state.

The best way to explore Bubbly Creek is by kayak. From the newly inaugurated Park 571 Boathouse, you can launch a canoe or kayak directly into the northern starting point of the fork and easily paddle its length southward, to the end point at Pershing Road.

Paddling along the Bubbly Creek, it is incredible to see the animals and vegetation that are slowly reclaiming their wetland home. If you are lucky, you might spot mallard ducks navigating the waters, swooping tree swallows, elegant green herons, high-flying hawks or evidence of beavers busily building homes of their own along the banks. But the creek, despite efforts to help speed along the renewal process, still bears witness to its highly polluted past: rebar pokes out from the embankments, plastic bags decorate the trees that flank the creek, and bubbles still rise up from the turbid depths.

Though Bubbly Creek still has a long way to go, considering its past, it is truly amazing that one can paddle it and find peace as well as signs of renewal and hope.

From coral reef to quarry to peaceful city oasis

Palmisano Park knows a thing or two about adapting to the changing tides of time. Over the centuries, it has transformed from a coral reef to a quarry, to landfill, and finally to the beautiful 27-acre park that it is today. Located in the heart of Bridgeport, this peaceful park, with its fishing pond, wetlands, quarry walls, and trailways, is one of Chicago’s most dynamic green spaces.

Once upon a time – 400 million years ago to be exact – this green escape from the city was part of a massive coral reef in the warm, shallow seas that covered what is now Chicago. As the Silurian Age faded into history, Dolomite limestone and fossils formed as curious ancient souvenirs. Later, in the late 1830s, when early entrepreneurs turned the site into a quarry, that same limestone was mined and used to build railroad embankments, bridges, tunnels, lake retaining walls, homes, foundations, and façades throughout Chicago. The quarry continued operating until 1970, its excavated hole having reached 380 feet below street level, when it was turned into a landfill for clean construction debris.

In 1999, the city decided to transform the park into much-need green space, and in 2009, Palmisano Park was inaugurated. It has been hailed as one of the best places to enjoy spending time outdoors, no matter the season.

Walk along over 1.7 miles of paths, where you are sure to find signs of Palmisano Park’s past, such as the catch and release fishing pond situated 40 feet below street level which retains the original walls of the old quarry. Reclaimed wood found in the quarry was used to create the walkways. Old rocks from the quarry days dot the landscape. Climb the hill, which rises 33 feet above street level, to see the quarry’s limestone legacy, a stunning view of the city built with the remains of an ancient reef mined from this now verdant corner of Bridgeport.

Address 2700 S Halsted Street, Chicago, IL 60608, +1 (312) 747-6497, www.chicagoparkdistrict.com/parks | Getting there Subway to Halsted (Orange Line) | Hours Daily 6am – 11pm | Tip You can find a free self-guided audio tour of Palmisano Park, created by the Chicago Park District online. The tour includes a map with stopping points that correspond with the audio tracks. If you visit each place and listen to the tracks, your walking tour will take approximately 40 minutes (www.chicagoparkdistrict.com/about-us/audio-tours/palmisano-park).

Back when commuting was an elegant affair

On May 27, 1892, a six-car train carrying 300 guests rolled down 39th Street to the Congress Parkway Terminal downtown and straight into history. The South Side Elevated Railroad was the first-ever elevated rapid transit line in Chicago. Running from downtown Chicago to Jackson Park, with branches to Englewood, Normal Park, Kenwood, and the Union Stock Yards, this was the train that once shuttled fairgoers to the World’s Columbian Exposition from May 1 through October 30, 1893. Much of the route that this train once rambled down is still used today as part of the iconic Chicago L system.

Though today the train is frozen in its tracks, you can still step aboard L Car No. 1 at the Chicago History Museum, where it has been lovingly restored and now welcomes passengers going nowhere. It took two days to relocate the 42,000-pound car, which had been gathering dust at the CTA’s storage facility, very carefully, and then cautiously lift it into the second floor of the museum.

CTA riders today will feel like they are entering another world altogether as they step into this posh car. Pulled by steam locomotives, with doors on both ends of the car, the interiors that once greeted the city’s commuters were luxurious by today’s standards, complete with fine, varnished wood, ornate gas lighting, and rattan seats. The South Side Elevated Railroad provided 24-hour service, a boon to the city that works day and night. People had previously relied on cable railroads, which required daily overnight shutdown for cable maintenance.

Short for “Elevated”, the Chicago L is the second-oldest rapid transit system on the continent after Boston’s, and a visit to Chicago isn’t complete without a ride around the Loop on the L. Though the cars have changed over the years, stepping up and onto the Brown Line at Adams and Wabash still gives a timeless perspective of Chicago from its elevated tracks.