There’s a new arena in town. It’s part of the latest expansion of McCormick Place and will serve as the home of the DePaul Blue Demons. The announcement of the arena initially generated some controversy, but the sparkling new building is just about ready for its close-up.

We get an exclusive look inside.

Crews are putting the finishing touches on the new 10,000-seat Wintrust Arena. The arena’s manager David Kennedy says McCormick Place desperately needed the space to compete with other cities for big conventions.

“We need to remain competitive, and a midsize arena is very important,” Kennedy said. “Many cities have them, attached to convention centers, and it’s multipurpose.”

He says the arena will serve as a space where conventions and trade shows can have opening sessions or entertainment. It’s located just south of McCormick Place and connected to the new Marriott Marquis hotel. The hotel and arena project combined were initially said to have involved $55 million in city Tax Increment Financing, but Kennedy says the arena was built without any TIF dollars.

Instead, it was financed through $82.5 million in tax dollars levied by the Metropolitan Pier and Exposition Authority, the quasi-governmental agency that oversees McCormick Place and Navy Pier. It also received $82.5 million from DePaul University, which will use the arena for 23 men’s and women’s home basketball games. Kennedy says the arena will eventually pay for itself.

“Wintrust Arena is a great opportunity for DePaul University to continue its long-standing commitment to the city of Chicago,” said a spokesperson for DePaul’s athletics department. “DePaul has helped transform various communities and areas of the city including Lincoln Park, the South Loop, Pilsen and now McCormick Square. As the construction process has progressed at Wintrust Arena, the residual excitement and interest in our programs and DePaul University has expanded as we look forward to working with MPEA on opening this beautiful facility in the coming weeks.”

“We hope to be profitable. That’s always the goal. We want to bring in as many events as possible. The more events you have, the more lucrative it is,” he said. 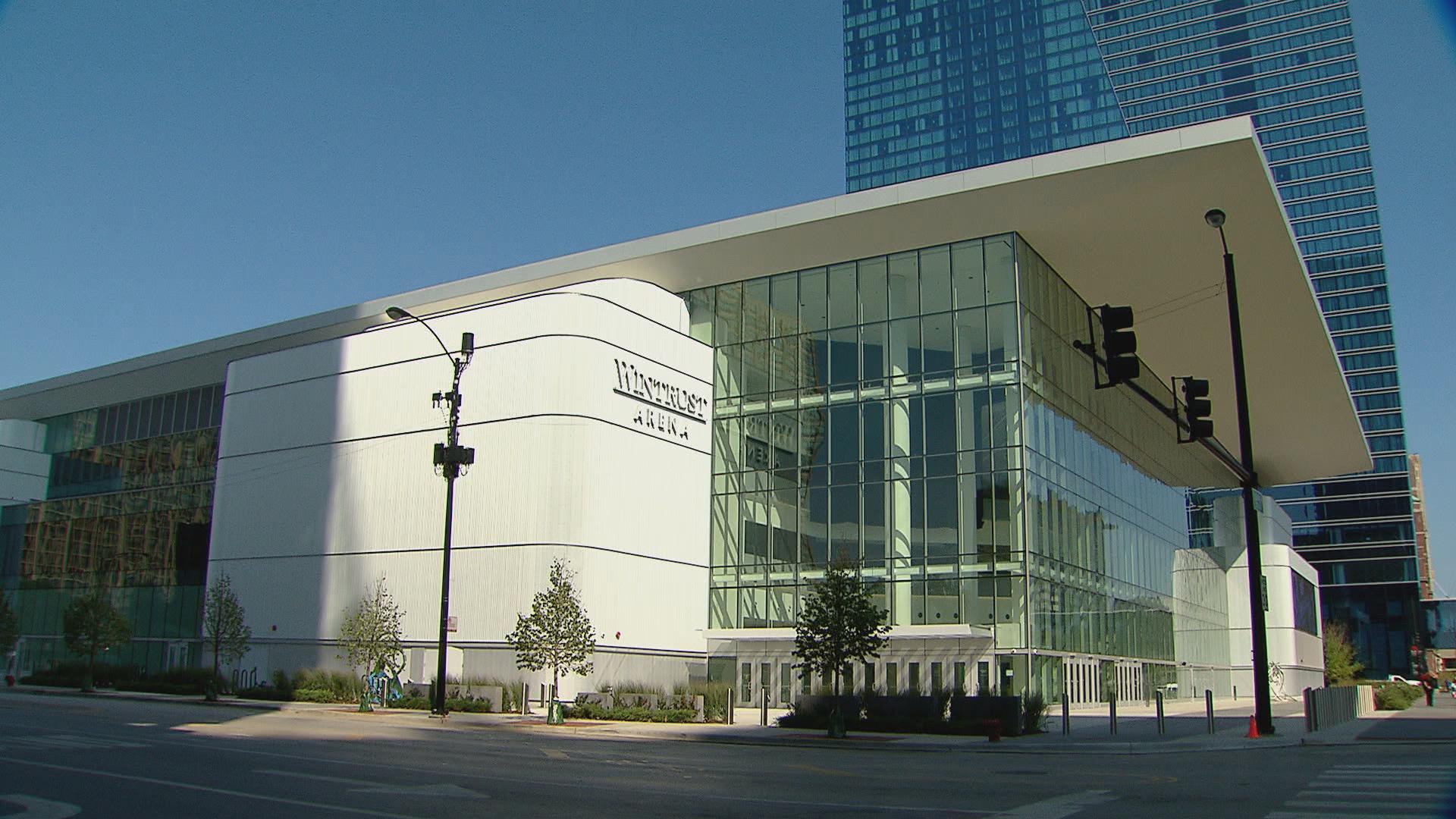 The arena was designed by famed architect Cesar Pelli, and built so that every seat in the house has an intimate view of the action. It has all the trappings of other venues, like luxury skyboxes and a buffet concession area for DePaul season ticket holders.

McCormick Place officials say they have the arena booked for nearly 50 dates so far this year. The first public event will be on Oct. 27 when Bob Dylan takes the stage with Mavis Staples.

Kennedy says he believes the arena will lead to a renaissance in the area surrounding McCormick Place, with retailers standing to benefit from the extra foot traffic the arena draws in.

He insists that it won’t take business away from other venues in the city, such as the UIC Pavilion, United Center and Allstate Arena—all different size buildings with different purposes.

“We’re not really looking to compete with others, we’re an addition to the city,” he said.

The first concert event is Monday: an intimate performance by classic rockers REO Speedwagon in front of a group of True Value Hardware conventioneers. The Chicago Sky of the WNBA will also call the arena home for 17 games this upcoming season.

Check out the full schedule of events at the Wintrust Arena website. 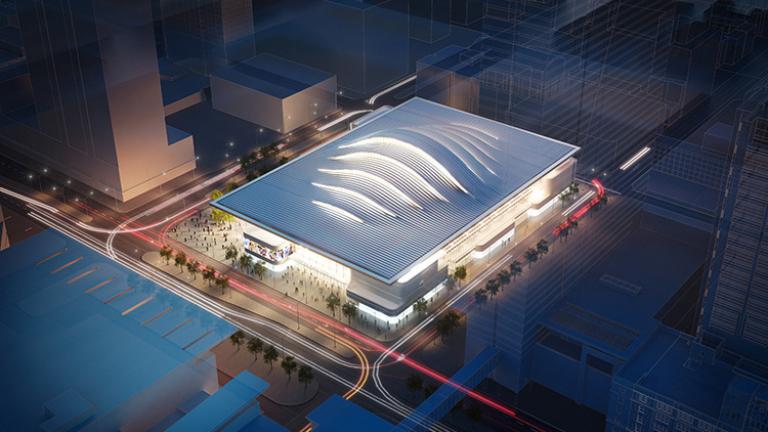 McPier Board Set to Vote On DePaul Arena

Nov. 24, 2014: The price tag for the new DePaul University arena slated to be built on the Near South Side appears to be growing dramatically -- as much as 75 percent more than the original estimate. 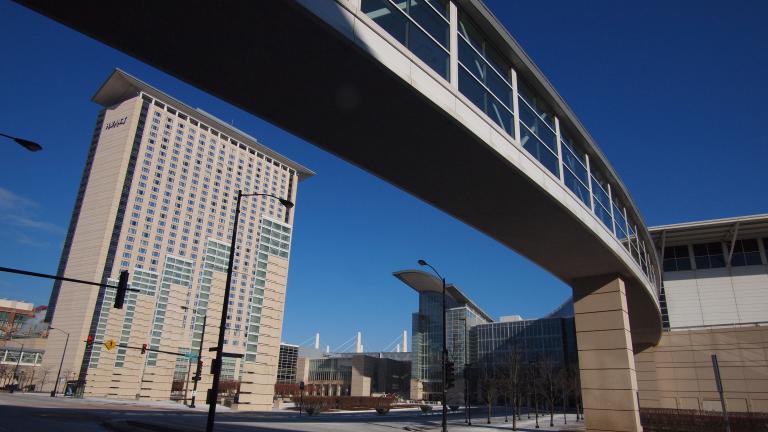 May 14, 2013: According to the Chicago Sun-Times, the city is planning a 12,000-seat arena at McCormick Place that could house the DePaul Blue Demons. The University of Chicago's Allen Sanderson breaks down the economics of a new stadium. 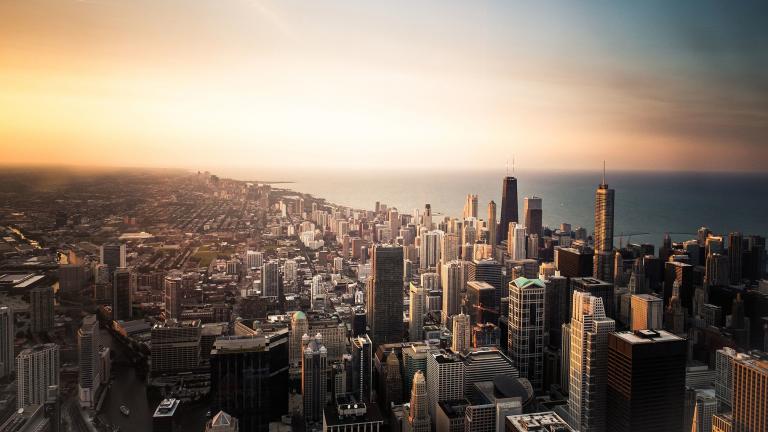