Chicago Public Schools students will soon begin learning about the crimes, cover-up and eventual conviction of one of the city’s most infamous law enforcement officials: Jon Burge.

Over the next two weeks, Chicago teachers will review the curriculum for a new districtwide course on the history of the disgraced former Chicago Police Department commander who systematically abused and tortured suspects on the South Side to force confessions for two decades.

The three to five week class – titled “Reparations Won: A Case Study in Police Torture, Racism And the Movement for Justice in Chicago” – was developed through the CPS Department of Social Science and Civic Engagement as part of a professional learning series for eighth and 10th graders beginning next school year, according to CPS documents.

This comes more than a year after the city passed a $5.5 million reparations package for torture survivors that included, in part, a lesson on the cases to be included in CPS’ existing history curriculum.

“The torture and other abuse committed by Burge and officers under his command are a disgrace to the City and to the hard-working men and women of the Chicago Police Department,” a 10th grade unit overview states. “To remind the City of the injustices that occurred and to ensure that they are not repeated, the City will acknowledge and educate the public about this dark chapter in Chicago’s history.” 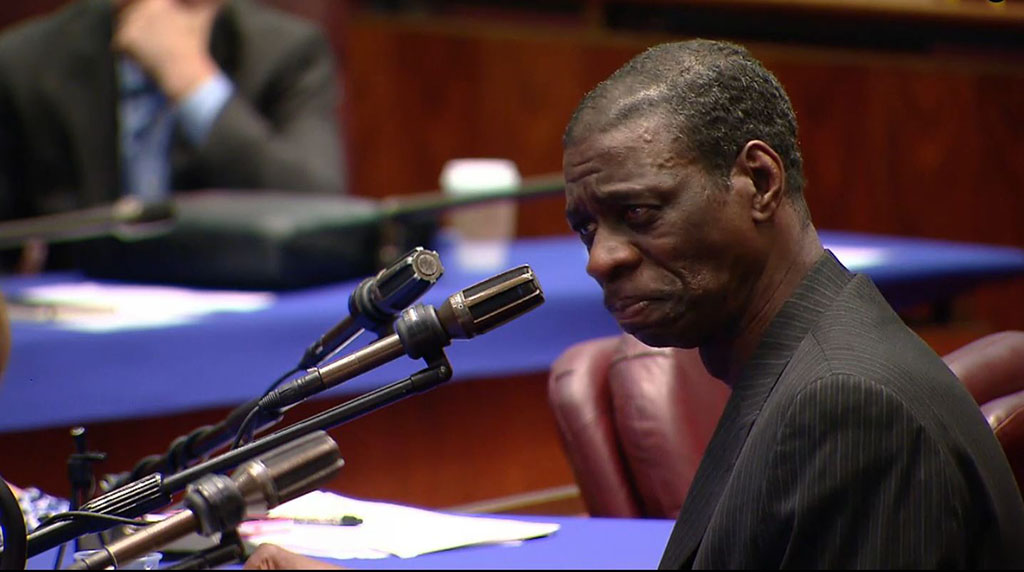 Darrell Cannon, one of the Burge torture victims, speaks before the Chicago City Council in 2015. (Chicago Tonight)

One portion of the curriculum says the course will examine factors that led to the years of torture through the lens of various racial, institutional, historical and economic factors.

Half-day professional development sessions are scheduled this week through early May for district teachers and administrators, who will learn about the historical context for Burge’s case and the social emotional learning demands of the curriculum, a district document states.

“It was groundbreaking in that teachers don’t expect to have to tackle something that has been a part of the media for such a long period of time,” said Marinda Kennedy, a guidance counselor at Amundsen High School who attended a professional development session Tuesday. “I think this is going to be really good for them. It’s unlike things that I’ve seen.”

An index included in the class curriculum says 110 primarily African-American suspects were tortured by Burge and his fellow officers since 1972, including dozens who were beaten, electrocuted or suffocated with plastic bags.

At least a dozen torture victims who were convicted of crimes were later exonerated, including at least five who were on death row.

Burge was eventually suspended and fired in the early 1990s, and was arrested on obstruction and perjury charges in 2008, eventually receiving a 4 1/2-year prison sentence.

He was released from prison in October 2014 and served another four months in home confinement.

Earlier this year, the Chicago Tribune reported more than $110 million in taxpayer dollars from city and Cook County residents have been spent covering legal fees and settlements stemming from the Burge torture cases.

One group involved in drafting that curriculum is the Chicago Torture Justice Memorials – an advocacy group for the torture survivors. Co-founder Joey Mogul said members have provided materials and consulting to help shape and develop the course, which has already been piloted at Fenger Academy High School.

The CTJM said last summer CPS teachers, historians, educators and district representatives were in the process of creating the initial draft curriculum and hoped to have the course in classrooms by last fall.

Mogul said the group is also focused on connecting victims with reparations through the city package.

“It's a process, it’s taken enormous effort by variety of people to implement all of the planks,” she said. “I'm optimistic it will continue to grow and become more utilized. It’s been very meaningful to Burge torture survivors and their families to have this package, not just money but recognition that this racist pattern occurred – that has been profound.”