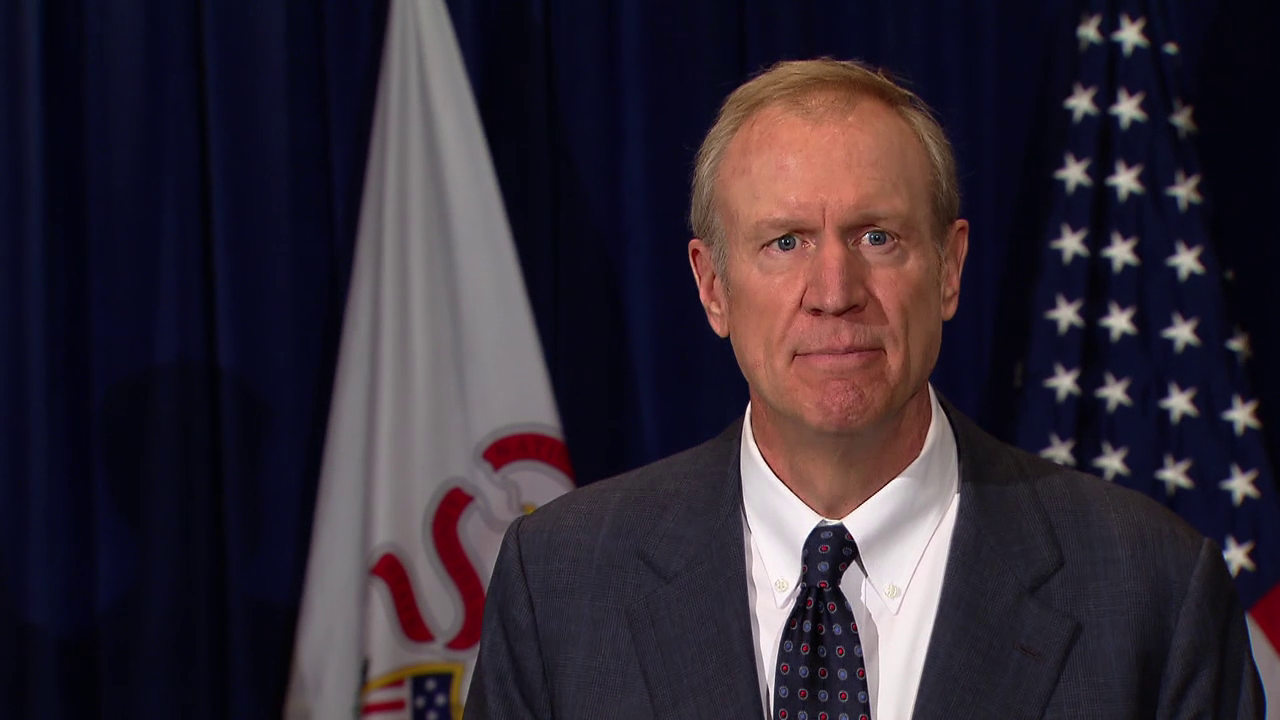 Education secretary Beth Purvis on Wednesday issued a statement calling on CPS to back pension legislation introduced Tuesday afternoon by a pair of Republican state senators.

“(CPS) CEO (Forrest) Claypool, Mayor Emanuel and education leaders across the state should join together to support this bill as a way to provide statewide pension reform and support the children and teachers of Chicago” Purvis said in a statement.

CPS officials did not respond to a request for comment.

The district is making midyear cuts, as its budget is predicted on getting $215 million in state funding that never came through.

Rauner in December vetoed the funding – which was to come on top of CPS’ regular state aid – after he said Democrats failed to hold up their end of a handshake deal, which said the CPS money was contingent on the legislature passing a comprehensive pension law.

The latest pension proposal, sponsored by GOP Senator Mike Connelly of Wheaton and backed by Jil Tracy of Quincy, generally mirrors the plan included in the stalled -- possibly sunk -- “grand bargain” intended by Senate President John Cullerton and his Republican counterpart Christine Radogno to put an end to Illinois’ interminable budget stalemate, but disconnects it from the rest of the package.

“I think that separating them out makes sense because time is of the essence,” Tracy said. “It’s our thought that we’d try to start this process and try to move something forward this week.”

The legislation makes good on a path laid out by Rauner’s office in a March 6 memo in the aftermath of Chance the Rapper calling on the governor to “do your job.”

“We don’t have to do the grand bargain, we don’t have to do a balanced budget today comprehensively, to get CPS $200 million today. We could just pass the pension reform bill and pass the CPS payment bill – both of which are there – these exist, they don’t have to be drafted or negotiated, and it’s done,” Rauner said last week. “The grand bargain is being negotiated I hope it gets done, I hope it gets done quickly … but it’s still evolving. It’s obviously not done yet.”

“If you start splitting up the deal, you end up with a piecemeal approach that never gets around to solving the state’s financial problems,” Patterson said. “The Senate worked to put the grand bargain together as a comprehensive plan to address the state’s problems. Frankly, provisions such as pension reform and workers’ compensation reform were demanded by Republicans if there was going to be a tax increase component to actually pay the bills and restore stability to the state’s finances.”

While Rauner has long pushed for a new attempt at scaling back Illinois government’s pension, his administration’s concerted effort to push for that to be taken out of the “grand bargain” is a reversal of the GOP’s position in early February, when Republicans advocated against a piecemeal approach.

Though the dozen bills making up the “grand bargain” were crafted in bipartisan fashion by Cullerton and Radogno, GOP legislators largely abandoned the package when pieces of it came up for votes in recent weeks.

That first time, in early February, that Cullerton attempted to move components out of the Senate, Republicans begged off because the entire package wasn’t complete.  (Though some bills passed with only Democrats’ votes, the pension bill did not – it failed.)

Cullerton made a second try earlier this month.

This time, Republicans got on board and helped to approve pieces of the “grand bargain,” but there still weren’t enough votes to get the pension bill through.

Senators were set to try again the next day, and to vote on other components of the package. Instead, Radogno announced that she would be the only Republican willing to vote “aye.”

Democrats immediately accused Rauner of “threatening” members of his party and killing the deal; Rauner denies the accusation and repeatedly says he “wants a ‘grand bargain’ more than anybody.”

Emanuel rebuffed the other suggestion Rauner offered in the March memo as a way to get CPS the funding it needs to stave off cuts: Using some of the $216 million the city has via tax increment financing. It’s a solution that allows Rauner to get under Emanuel’s skin, as the mayor has come under scrutiny for the abundance of TIF dollars and how they’re used.

Both the “grand bargain” and Connelly’s version aim to lessen the state’s pension burden in several ways:

• A legal theory advanced by Cullerton known as “consideration.” Public workers who became part of a state pension system prior to changes made in 2011 would be given a choice of keeping their current plan (and its compounded, 3-percent annual bumps in retirement) but forgo getting a pension on any future pay increases, or agree to a delayed, lesser annual pension increase in exchange for keeping a pension on future raises, getting an immediate lump sum payout worth 10 percent of their pensionable contribution and contributing 10 percent less of their paychecks into the pension fund.

• Newly hired public employees would be moved from a pension system, with a defined payout based on factors like age and length of state employment, into a hybrid defined benefit/defined contribution plan. (Current workers can opt into this as well.)

• Giving workers the option to move from a pension to a 401(k)-style retirement plan.

• A series of other changes, such as offering a pension buyout (that allows a retired worker to draw a benefit earlier, but worth 70 percent versus its full value), requiring school districts and universities to cover pension costs of employees’ salaries over $140,000 and a change in pension calculations known as “smoothing.”

Connelly and Tracy’s plan varies from the “grand bargain” version in a significant way, however. While the “grand bargain” measure includes all of the pension changes in a single bill, the GOP senators have separated them, so the consideration model is one piece of legislation, with the rest on another.

Connelly and Tracy say it’s a way to ensure that all of what they frame as pension “reform” doesn’t die when, as is all but inevitable, state employees and their unions file a lawsuit seeking to kill the consideration option. If the two sides of the “reform” are split into two bills, half could survive even as the consideration theory is before the courts.

The Illinois Supreme Court in 2015 struck down the General Assembly’s landmark pension law, which eliminated retirees’ annual compounded cost-of-living increases, raised state employees’ retirement age and put limits on how much of a worker’s salary was pensionable.

Justices ruled that the changes breached a constitutional provision that explicitly says pension benefits cannot be “diminished or impaired.”

Advocates of the consideration model say it’s different (and legal) because with this approach, workers are either willingly agreeing to a lesser benefit or they’re maintaining their current plan on their current salary – and raises are not constitutionally protected. 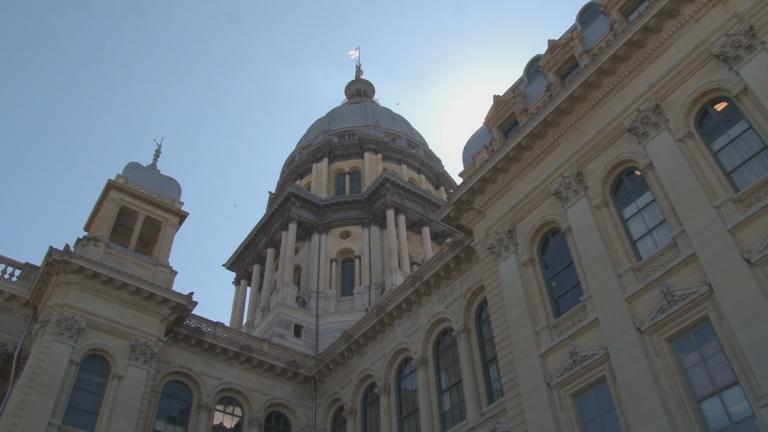 March 8: Republican Gov. Bruce Rauner accuses Democrats of being behind a coordinated effort to shut down state government. 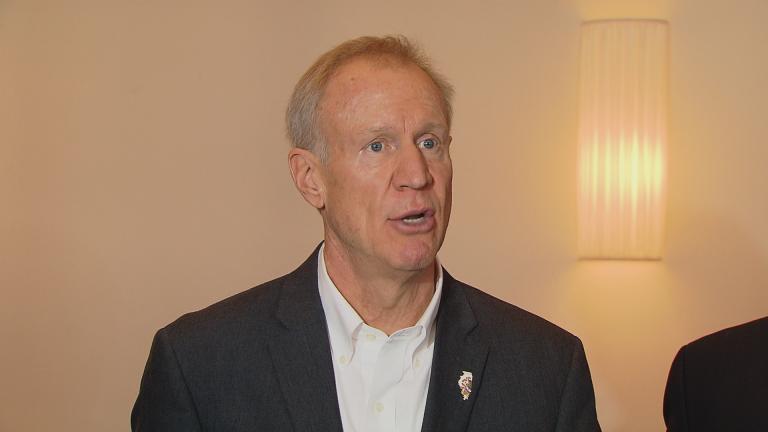 March 7: Following calls Monday by Chance the Rapper to “do your job,” Gov. Bruce Rauner on Tuesday said there are two viable plans to quickly get $215 million to Chicago Public Schools.