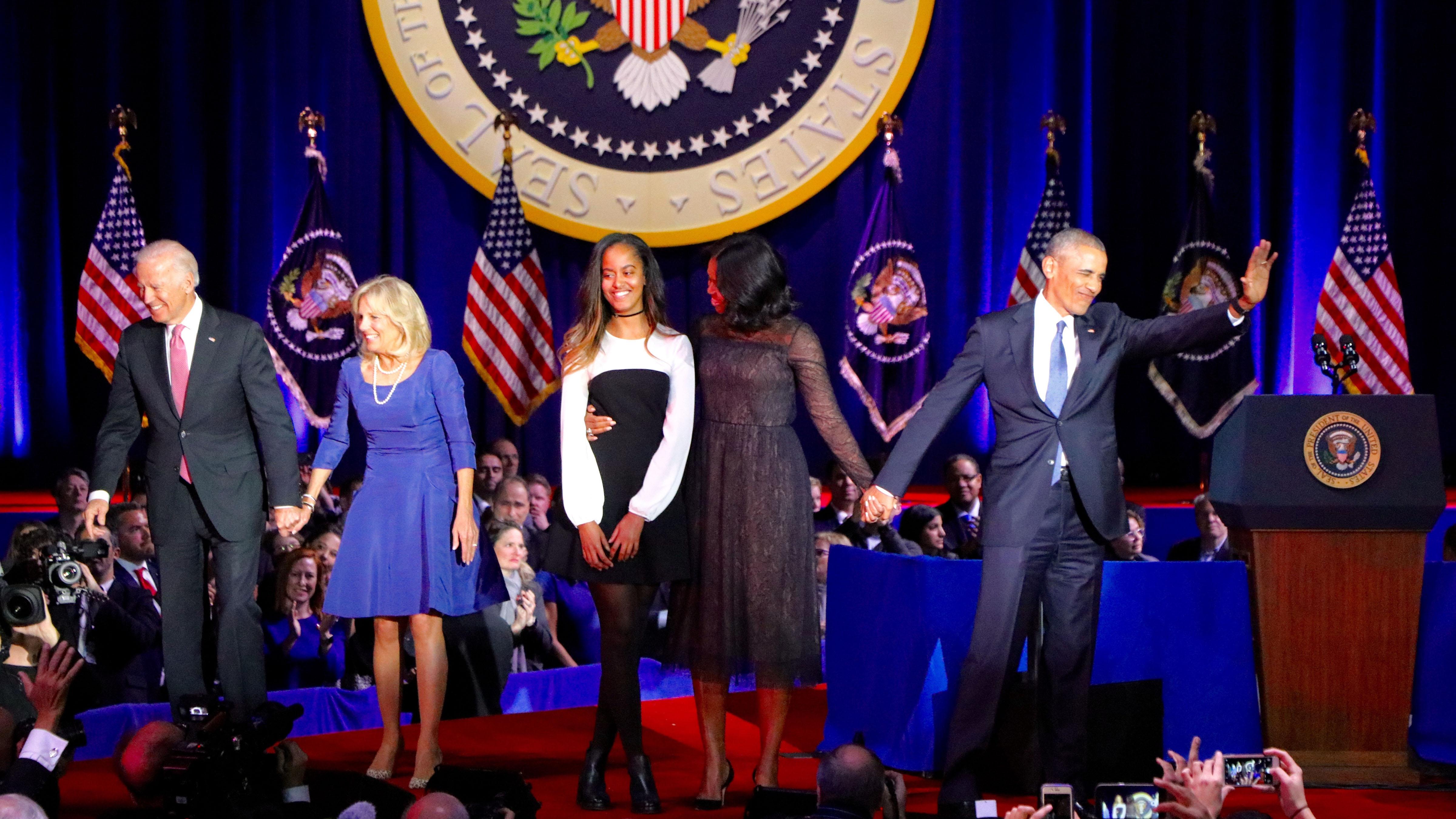 President Barack Obama returned to his adopted hometown of Chicago on Tuesday to deliver his farewell address to the nation.

Thousands of spectators gathered at McCormick Place convention center to watch Obama conclude his two-term presidency in the city where his political life began 20 years ago. 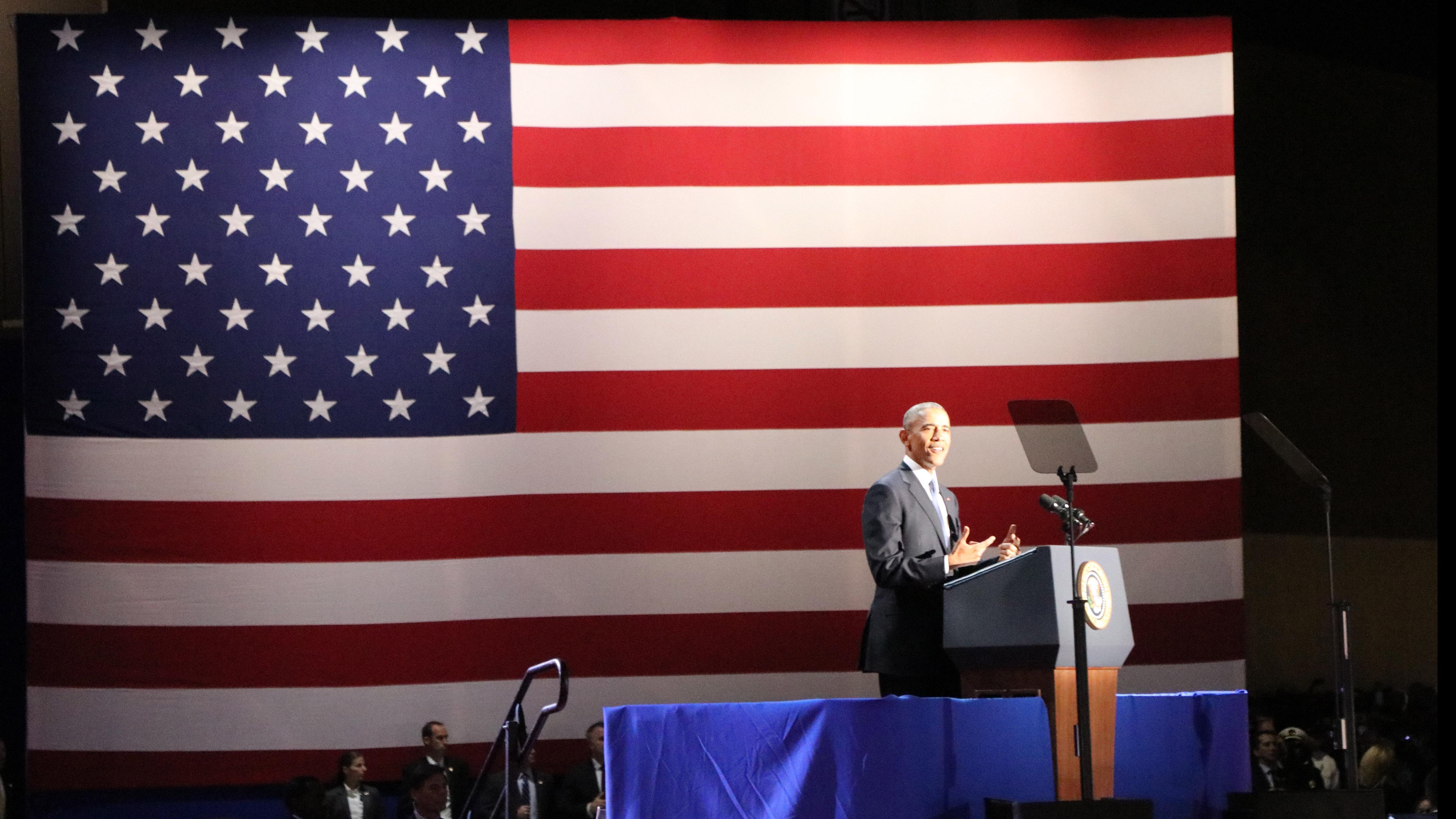 During his speech, Obama reflected on his administration’s accomplishments, such as the Affordable Care Act, the Iran nuclear deal and the restoration of diplomatic relations with Cuba.

While musing over the country’s progress, Obama acknowledged today’s society is far from perfect.

"Race remains a potent and often divisive force in our society,” Obama said. 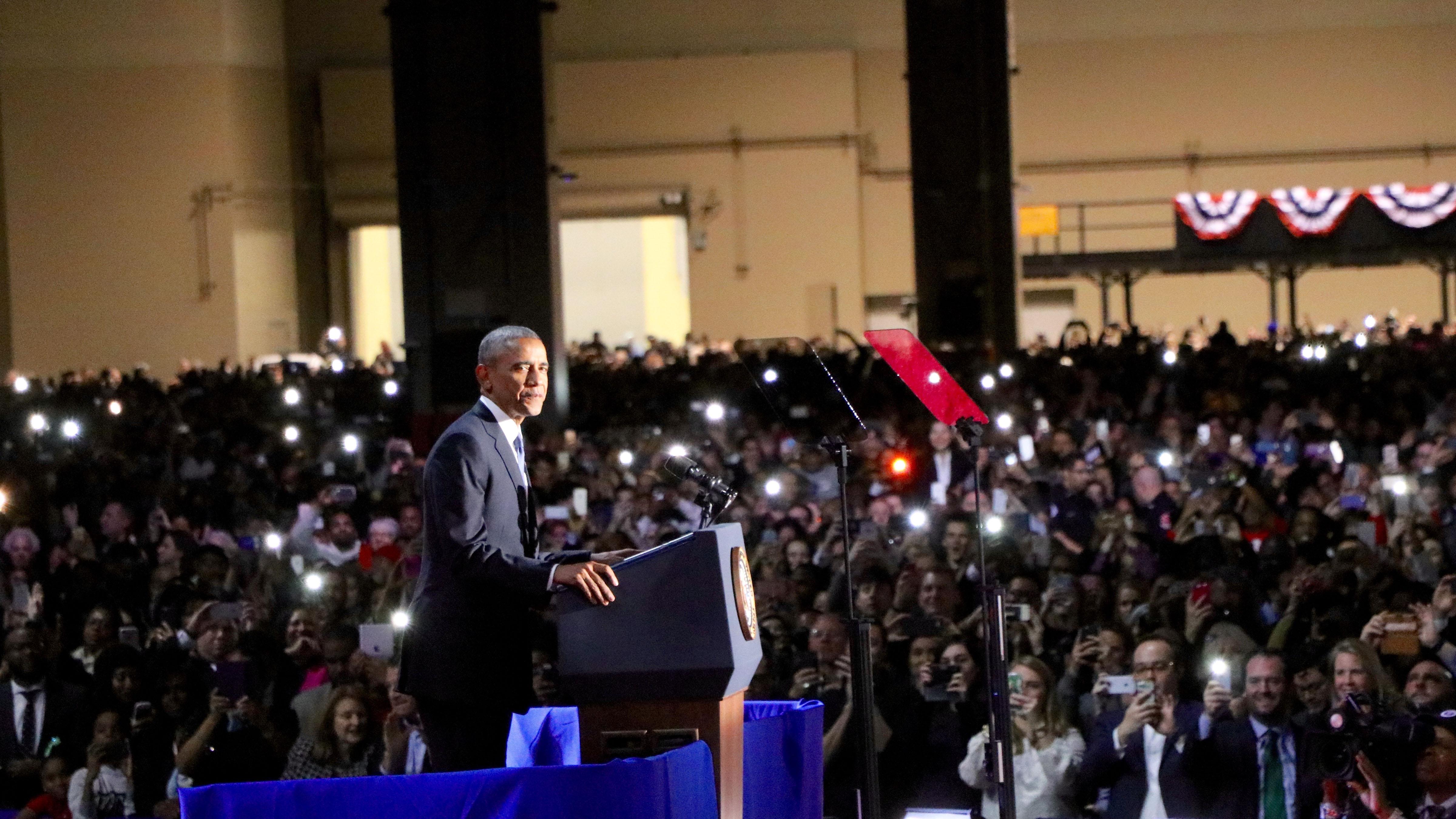 Obama stands before the podium at the start of his farewell speech. (Evan Garcia / Chicago Tonight)

The president affirmed the need to uphold anti-discrimination laws and advised Americans from all walks of life show empathy for one another.

"We all have to start with the premise that each of our fellow citizens loves this country just as much as we do,” Obama said.

President-elect Donald Trump was mentioned by name once in the speech, which drew jeers from the audience, but Obama stood firm on his commitment to a “peaceful transfer of power,” like the one showed to him by President George W. Bush. 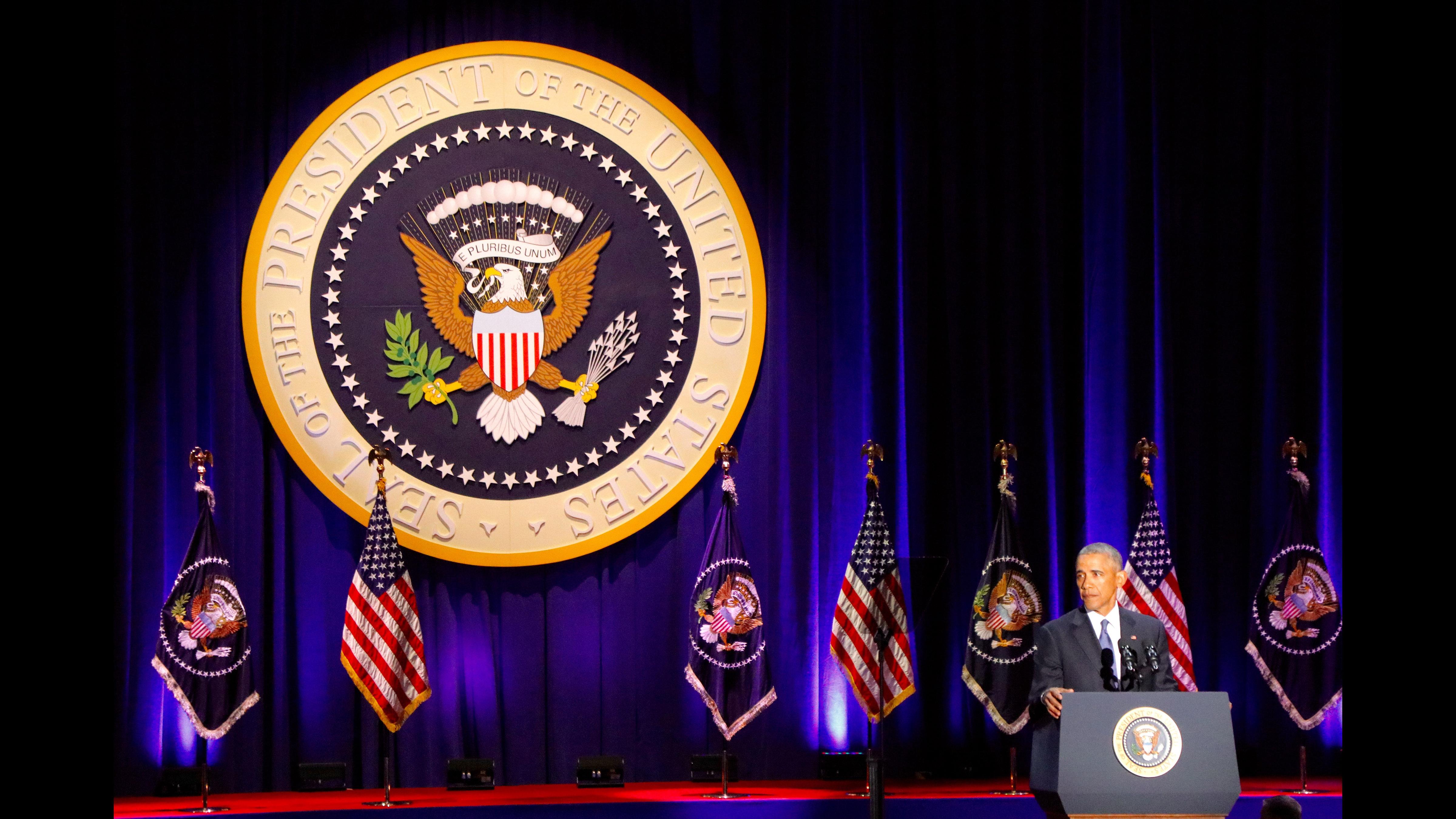 Obama's farewell speech in Chicago is the first speech of its kind to be given by a president in their hometown, according to the White House. (Evan Garcia / Chicago Tonight)

As a citizen after leaving office, Obama indicated he would continue fighting for causes he believed in. 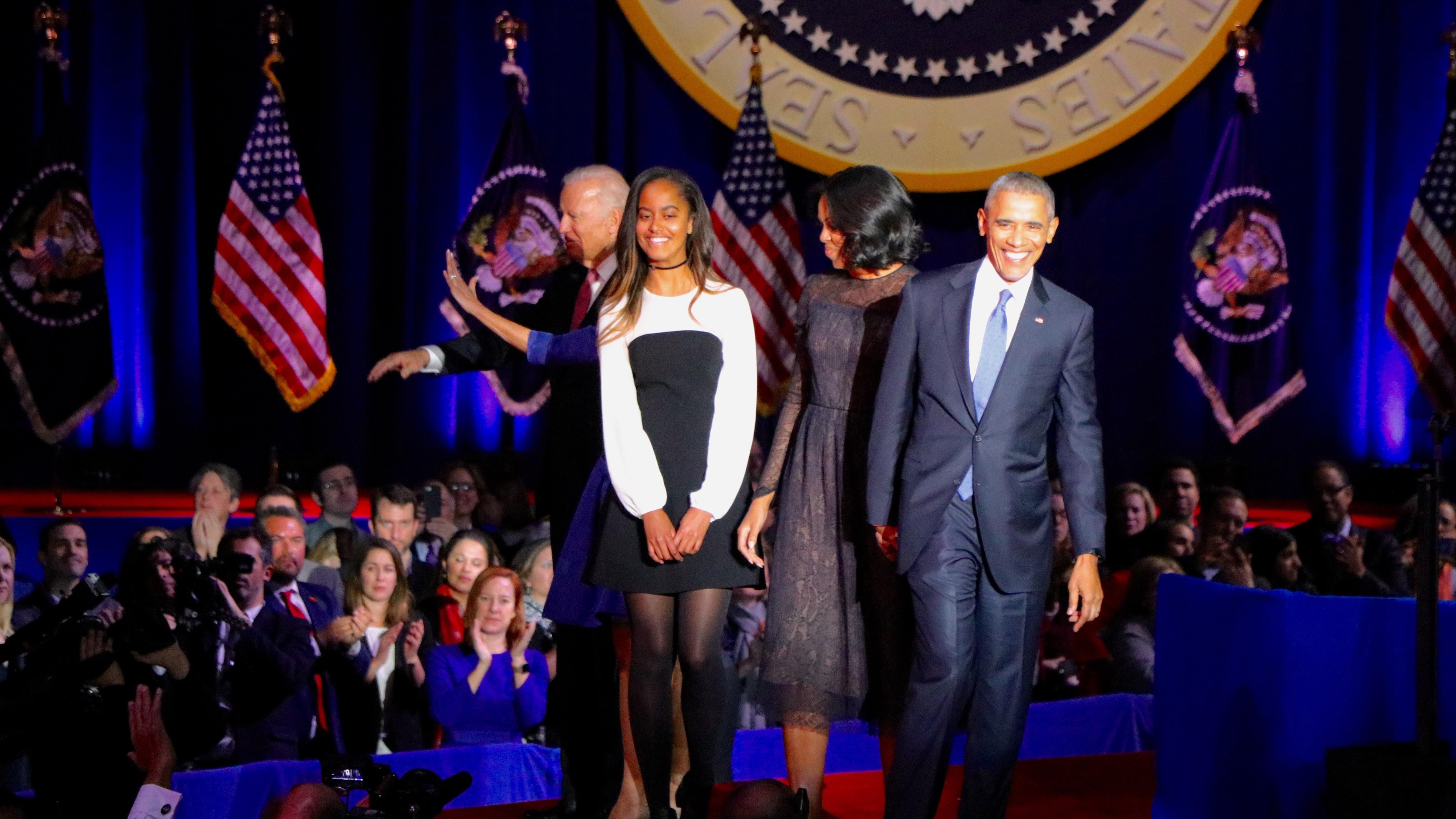 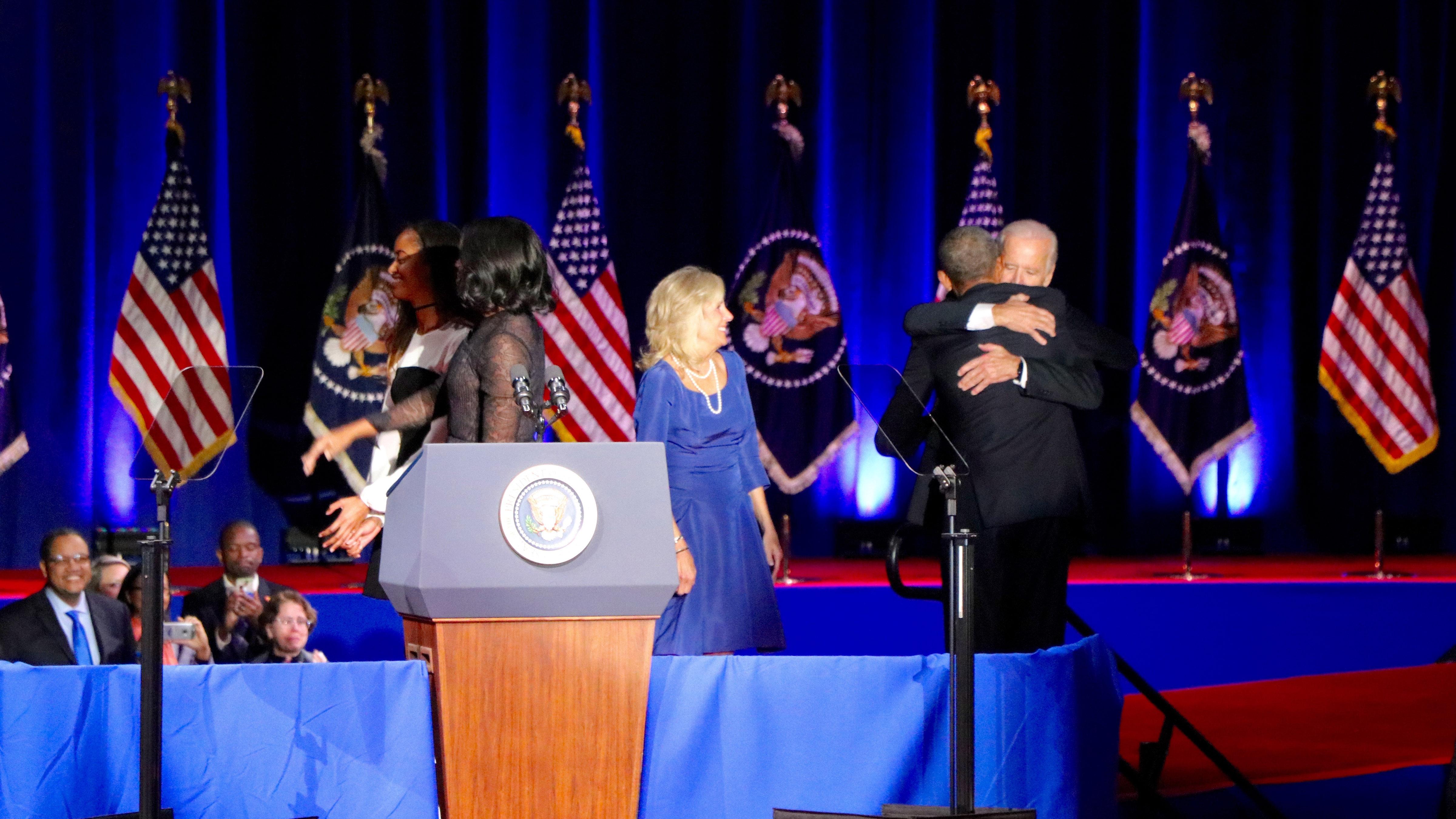 Channeling his roots as a community organizer, Obama finished his speech by asking Americans to believe in themselves and enact the changes they want to see.

On a retrospective and forward-looking note, the president reintroduced the three words that defined his first presidential election: “Yes We Can." 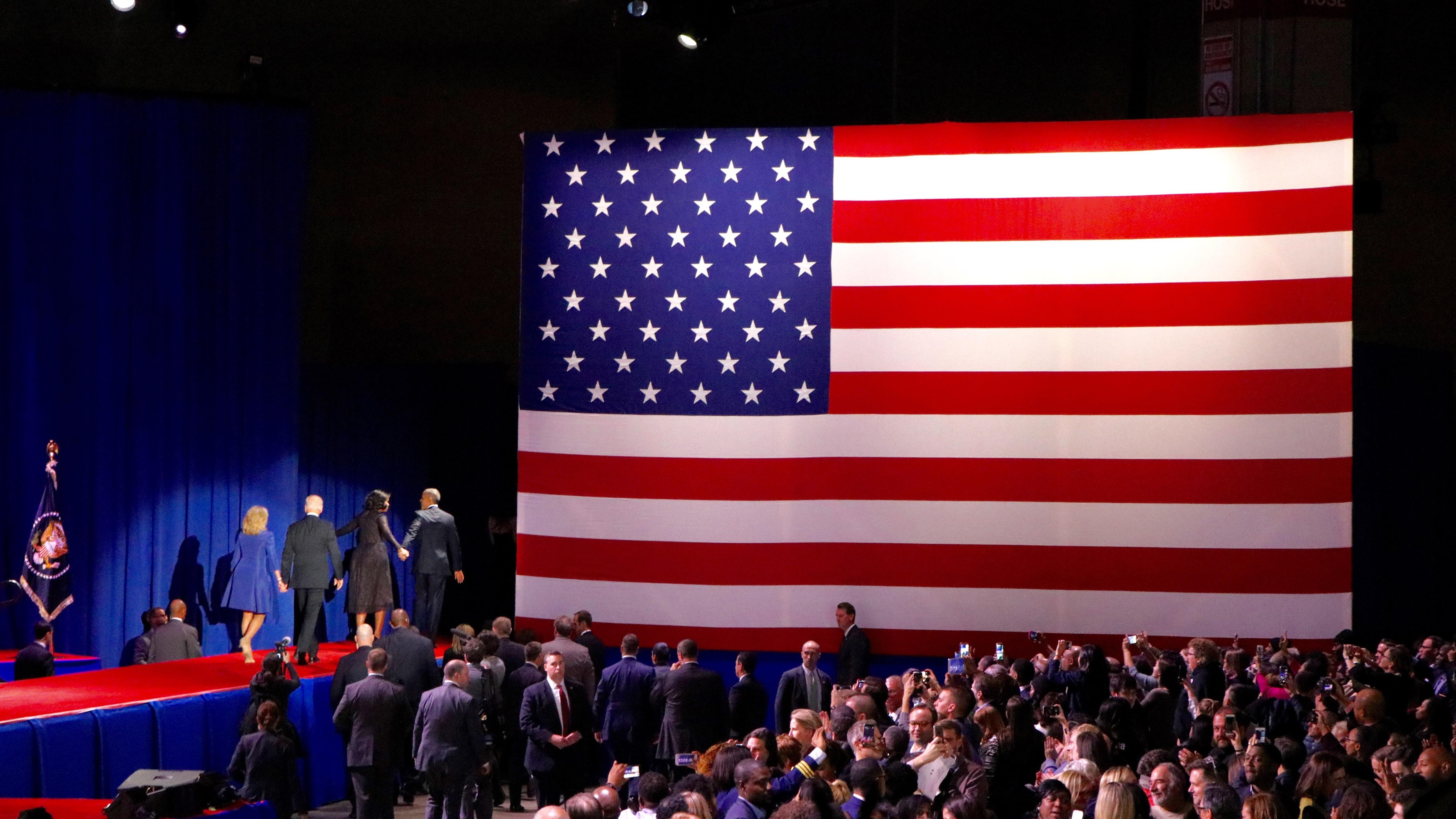 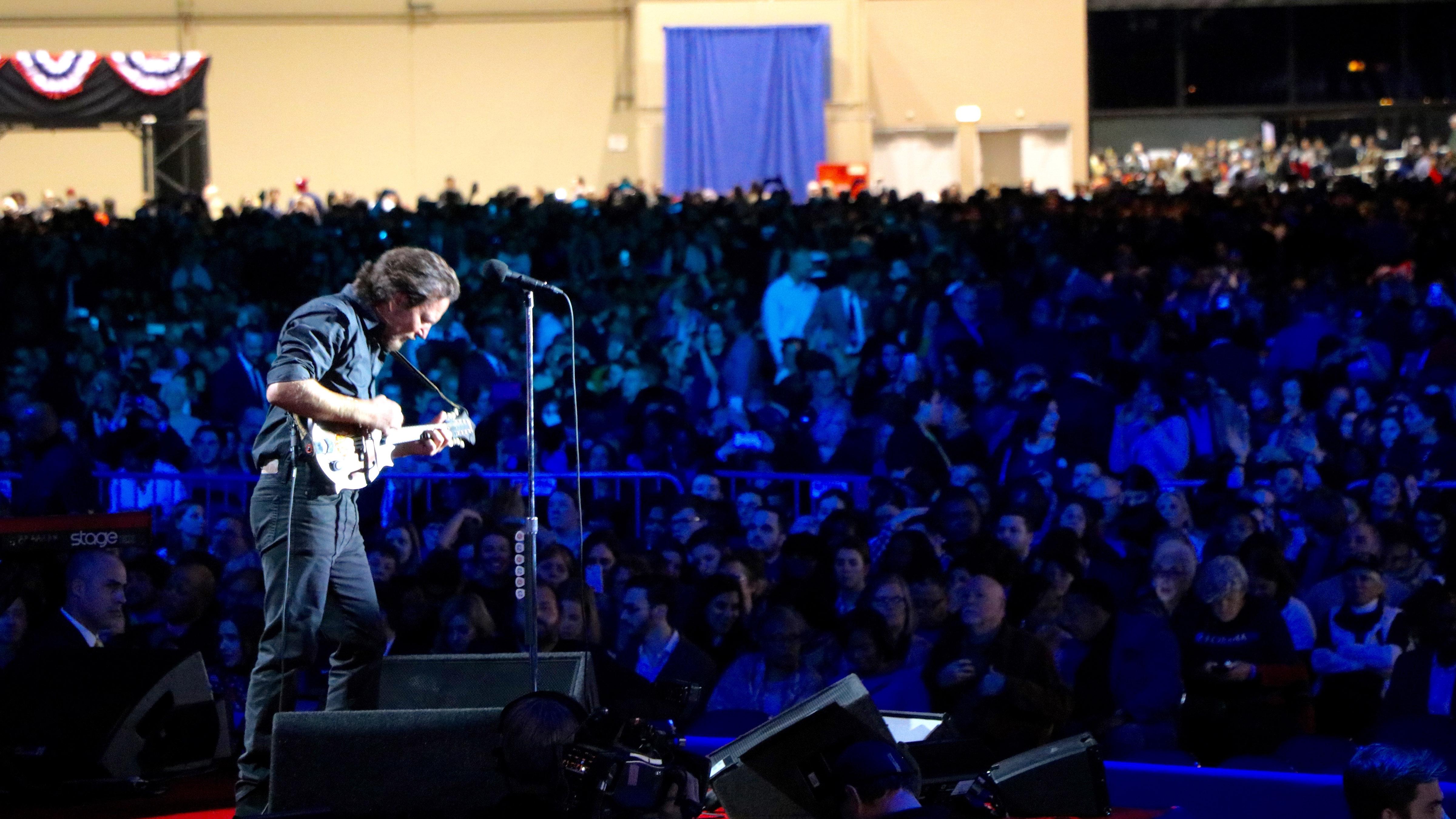 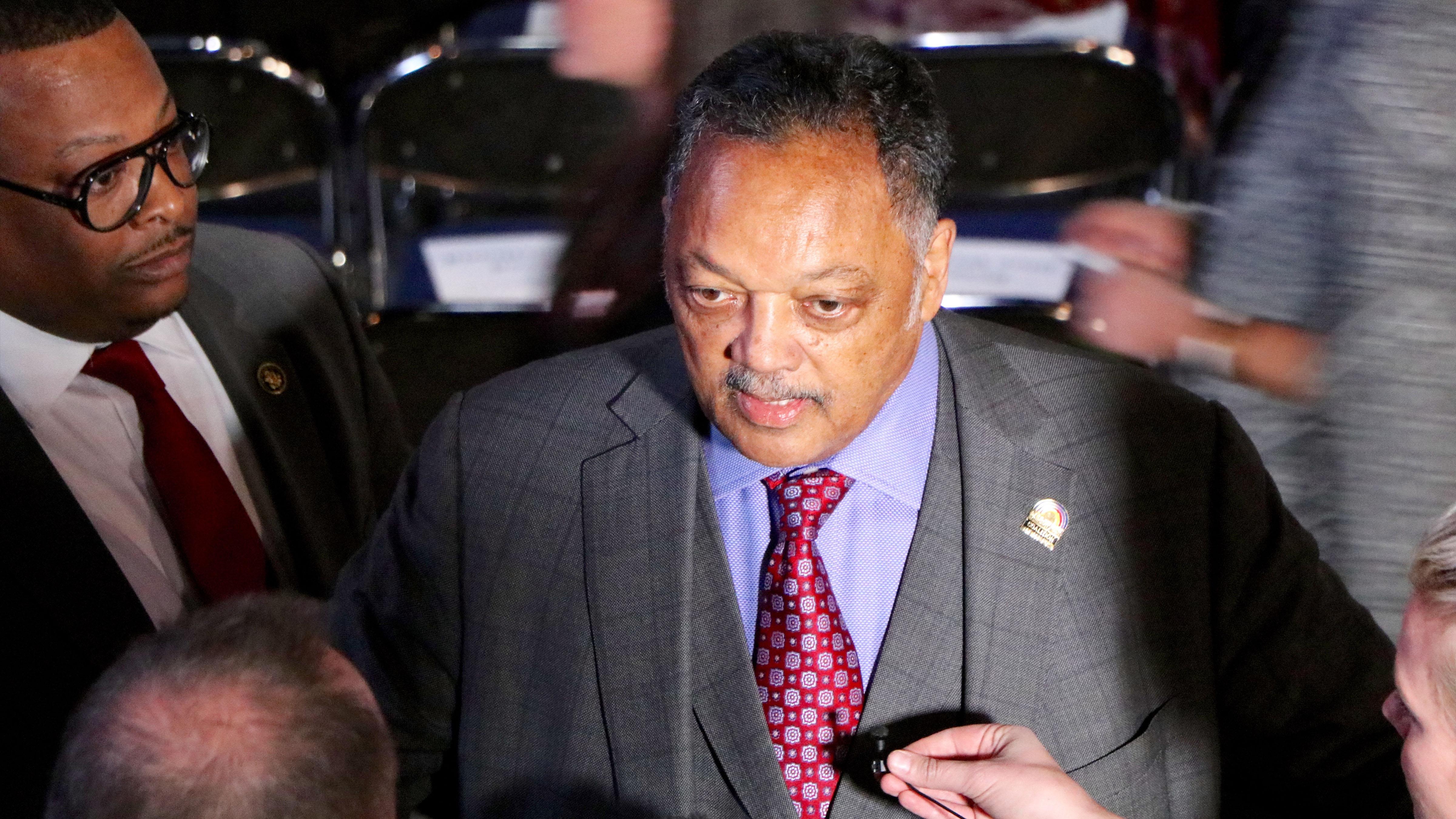 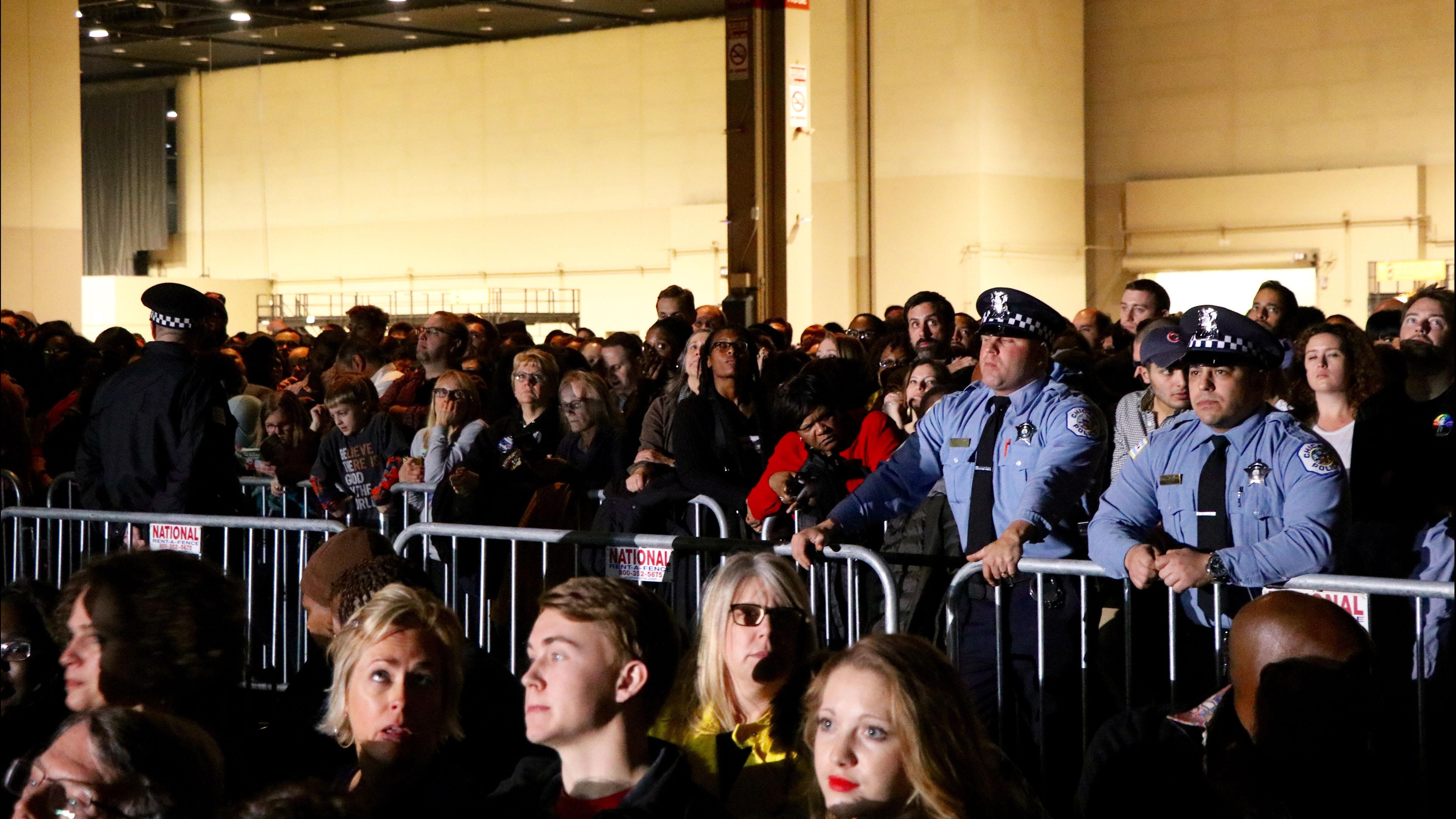 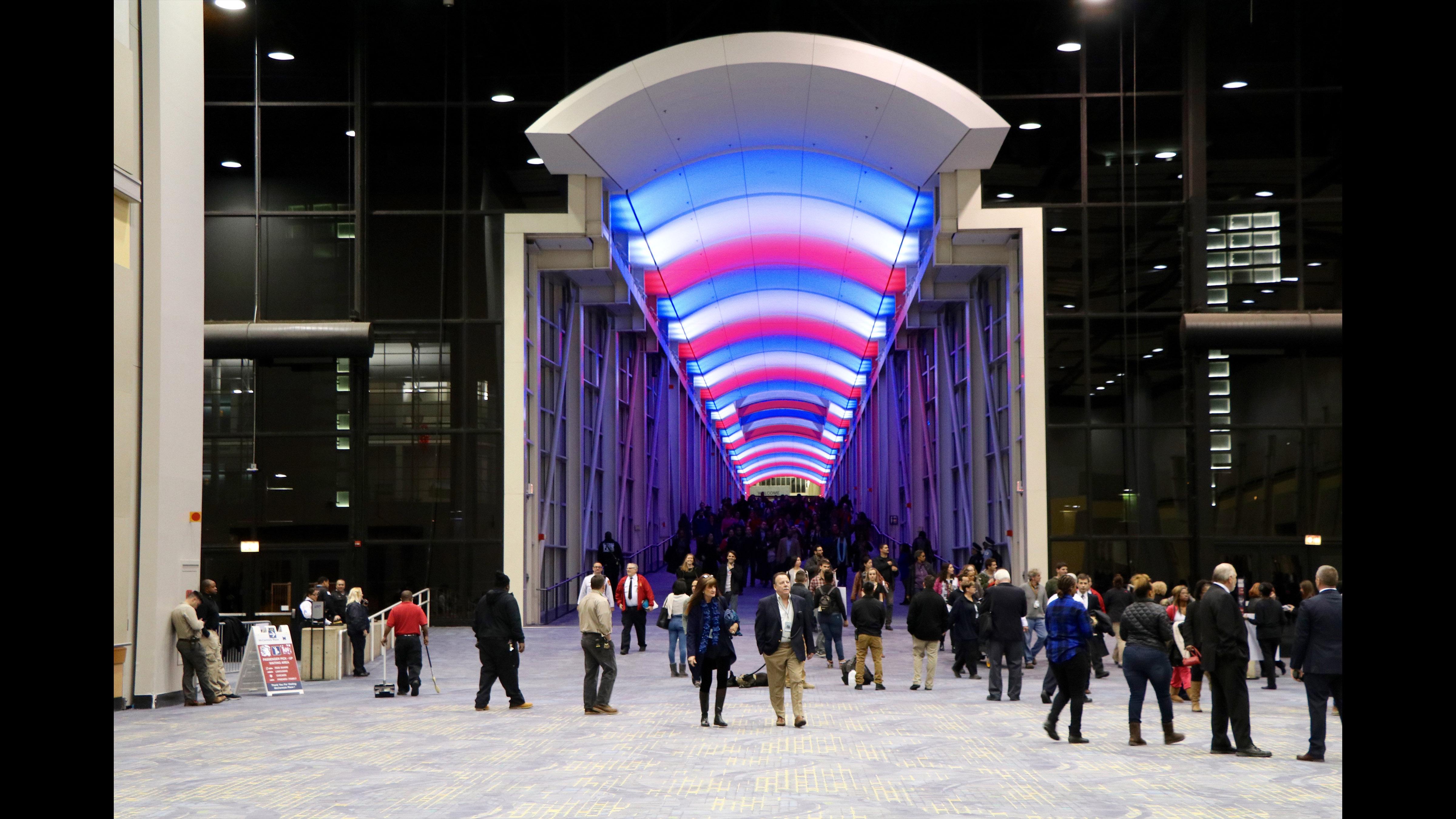 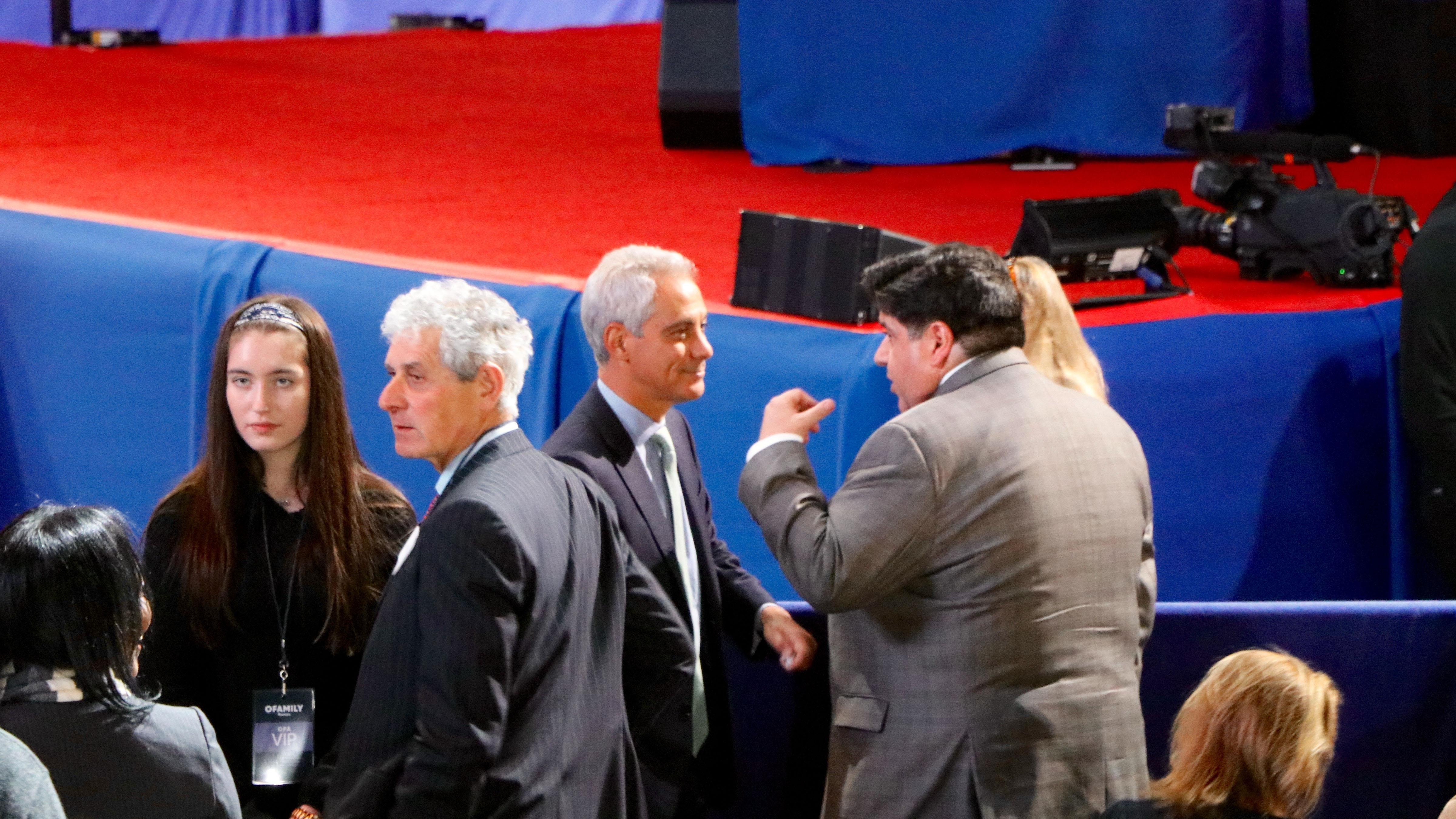 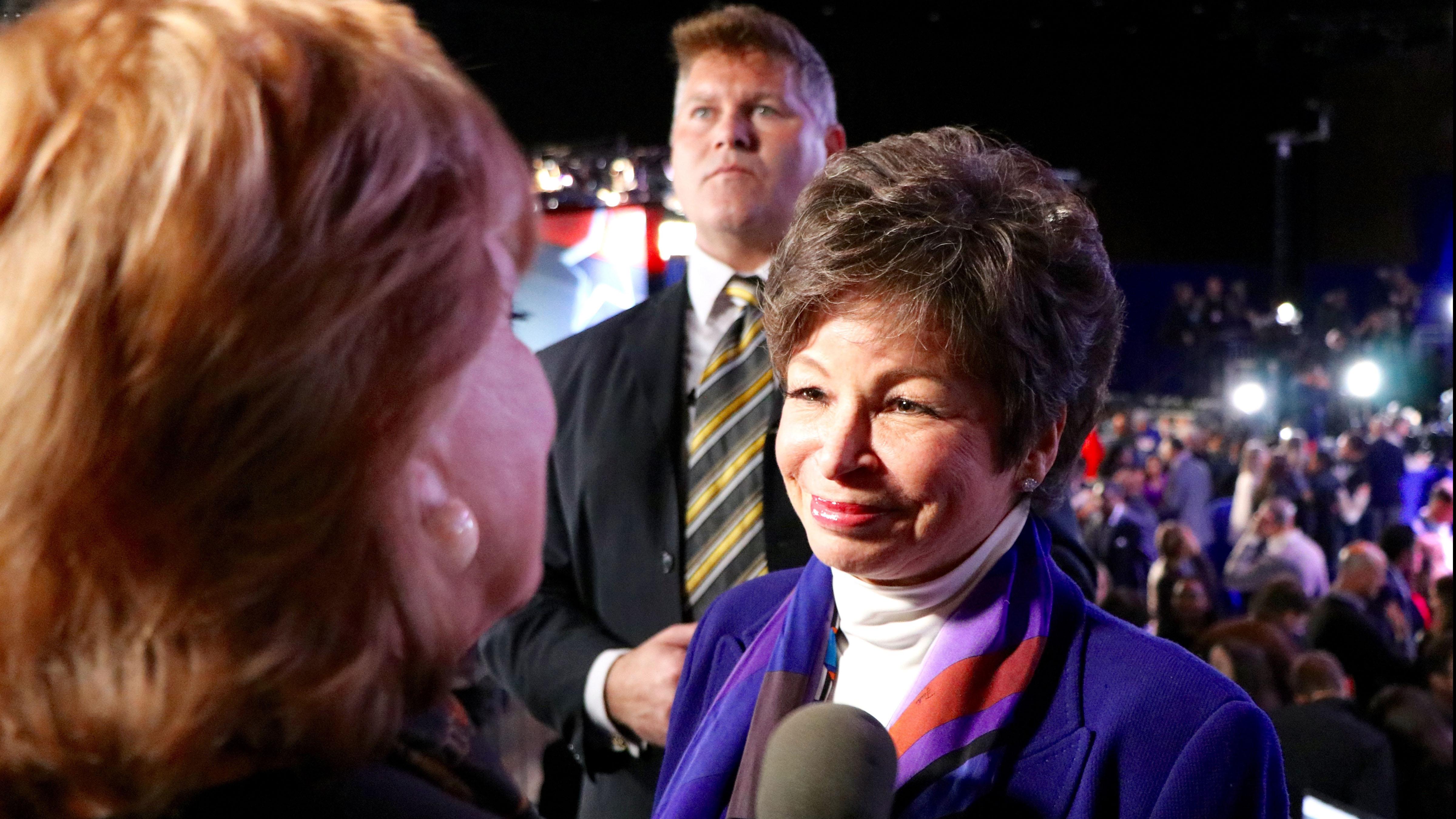 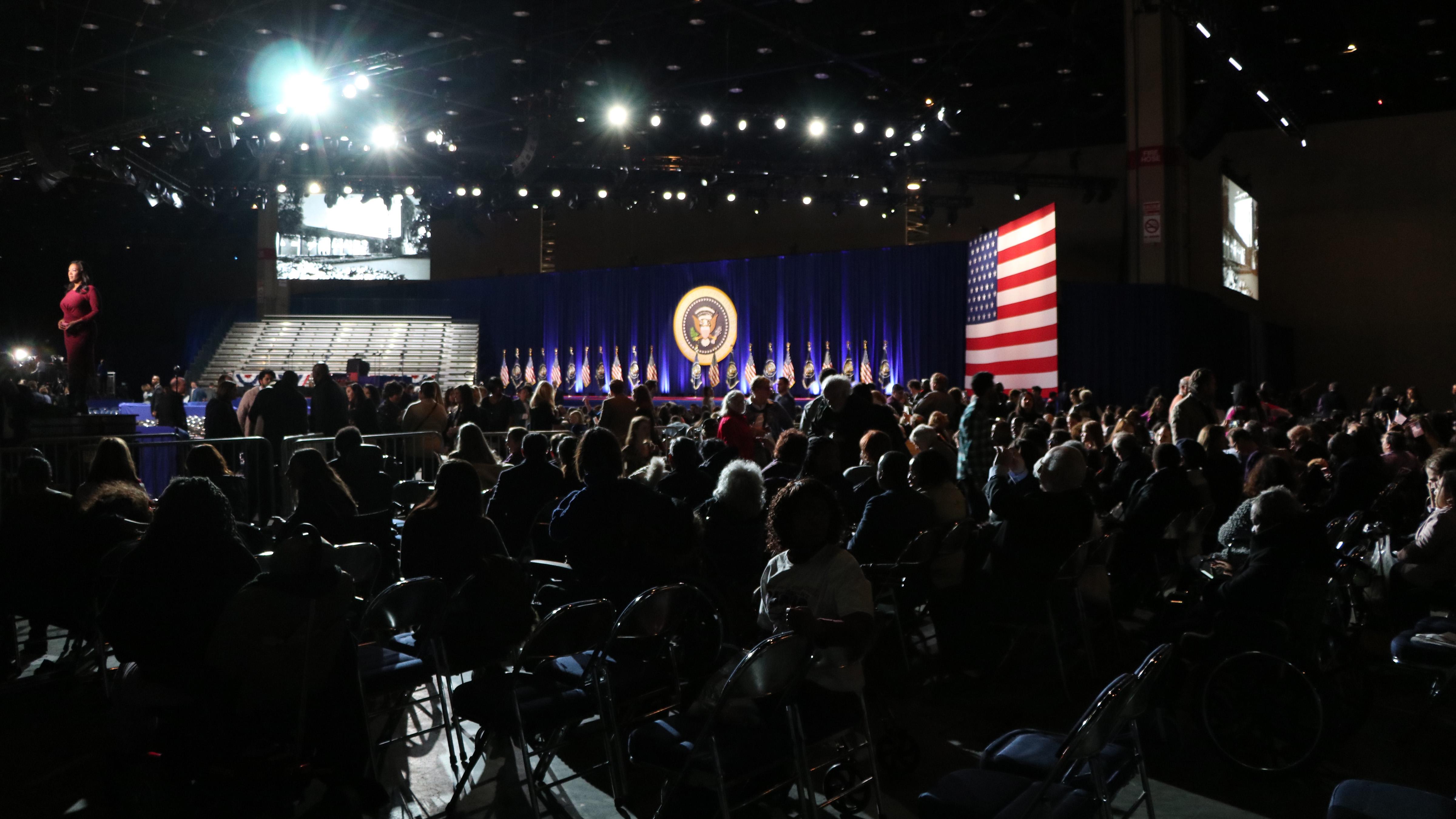 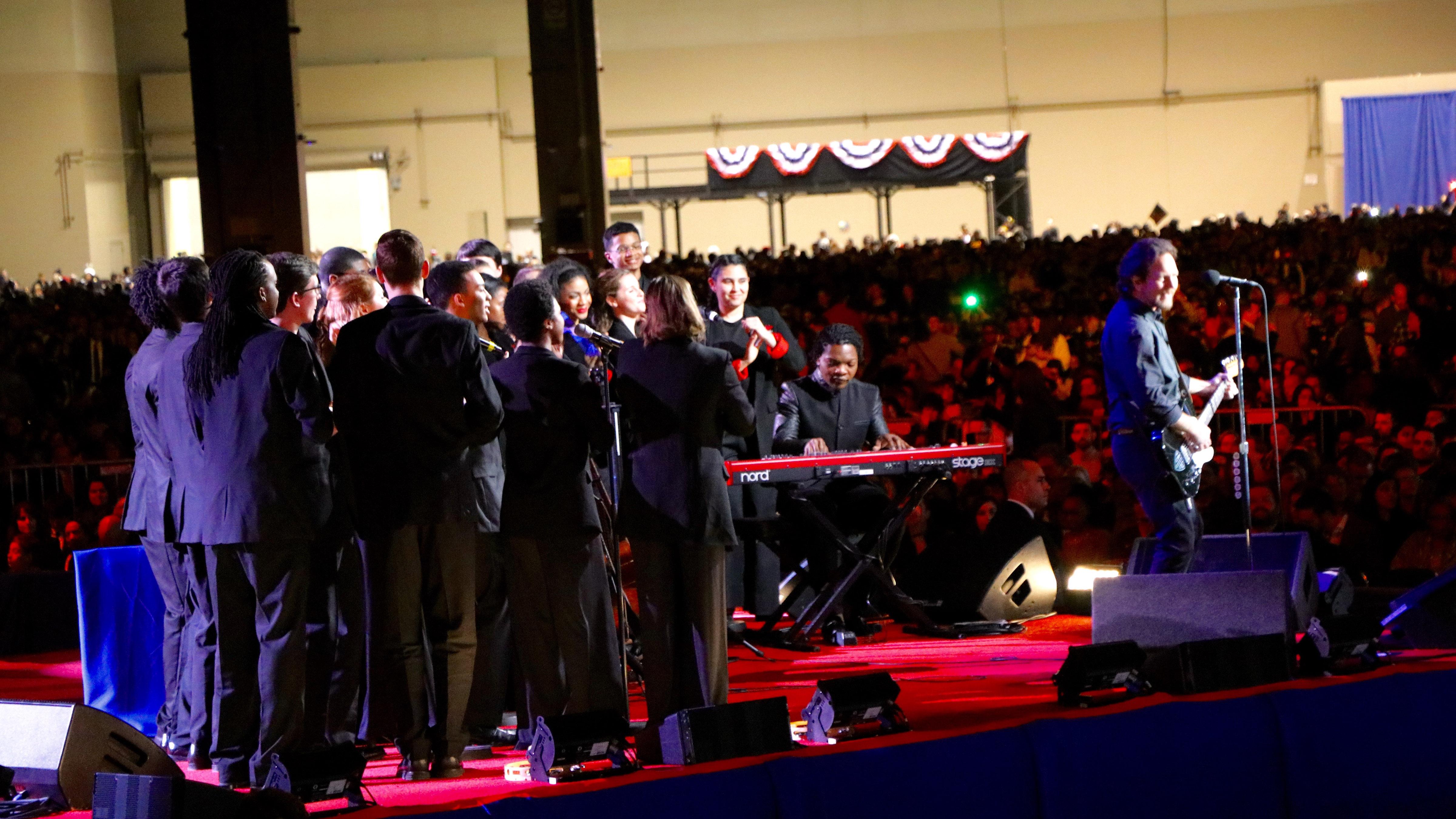 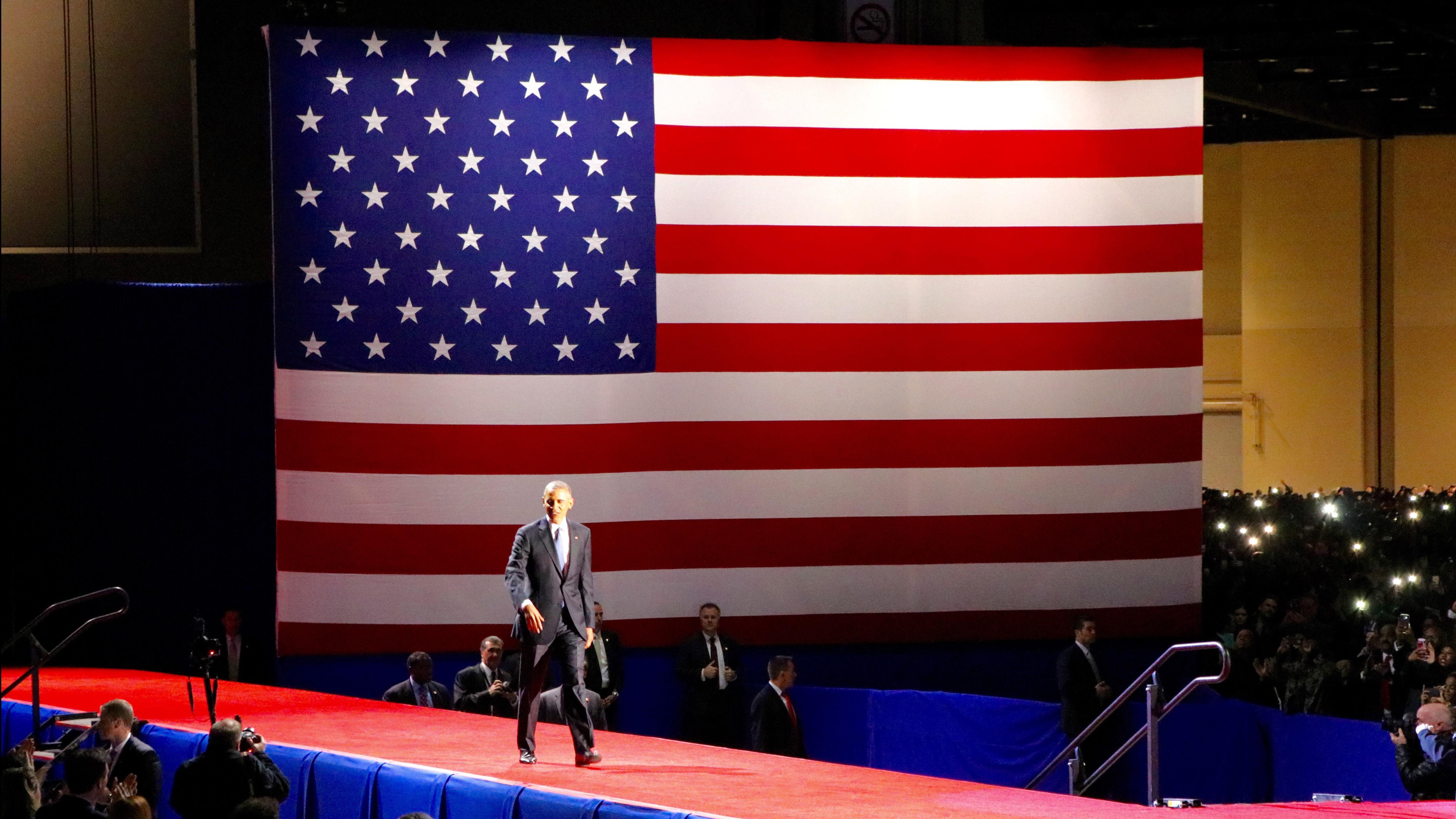 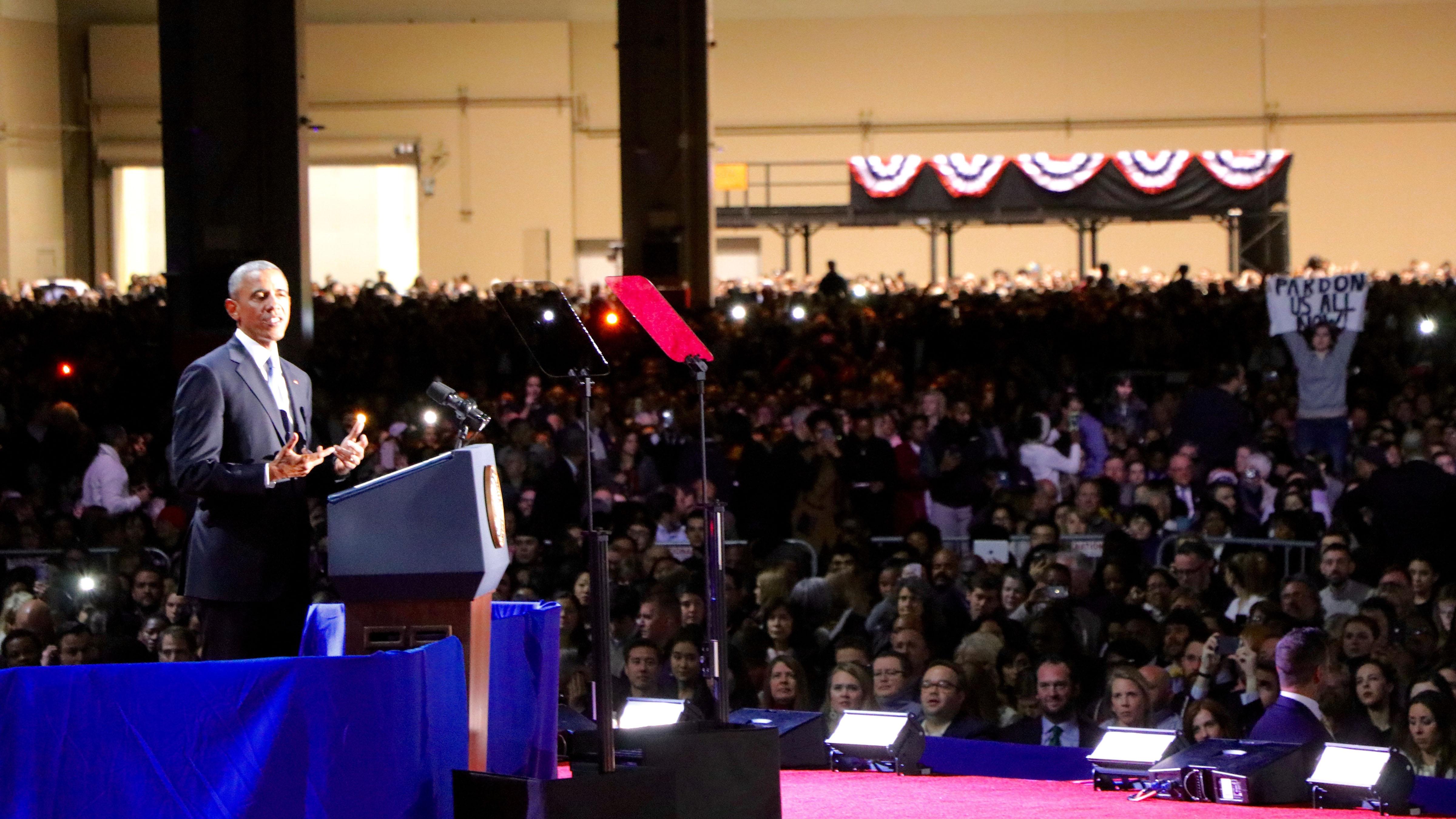 A protester holds a sign reading "Pardon Us All" during Obama's speech. The woman was removed by law enforcement shortly after. (Evan Garcia / Chicago Tonight) 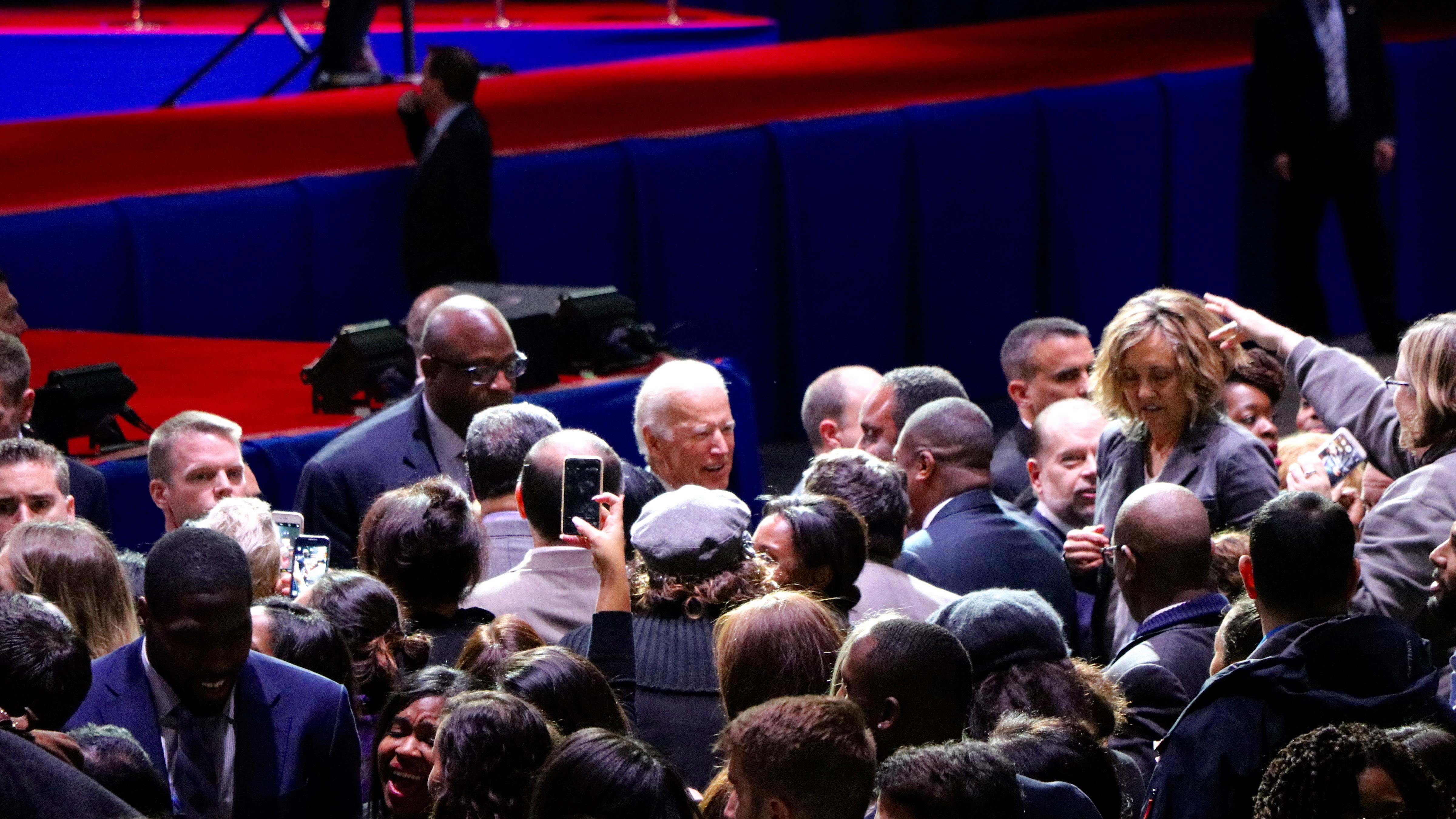 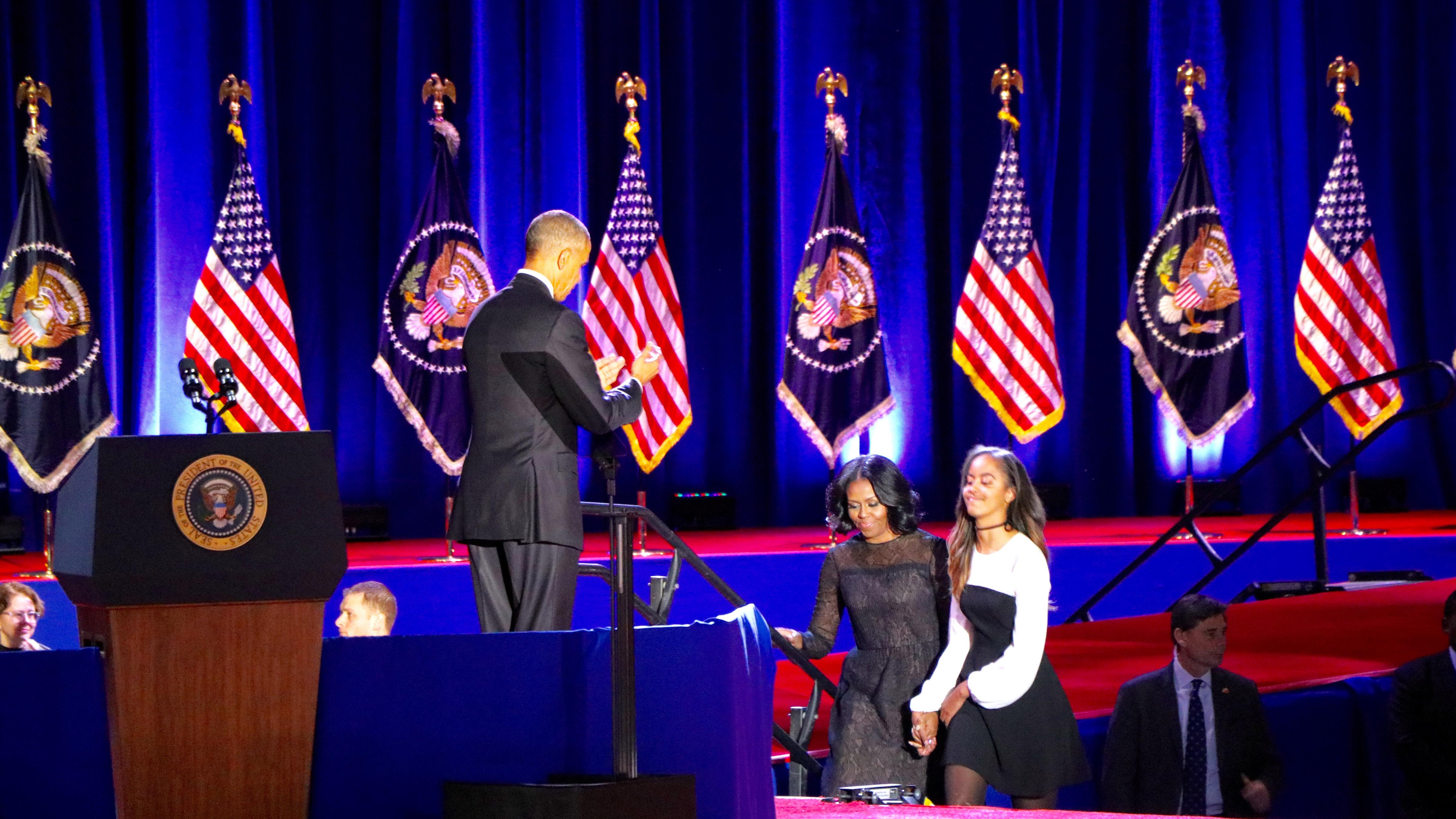 Obama reaches out to his wife and daughter. (Evan Garcia / Chicago Tonight) 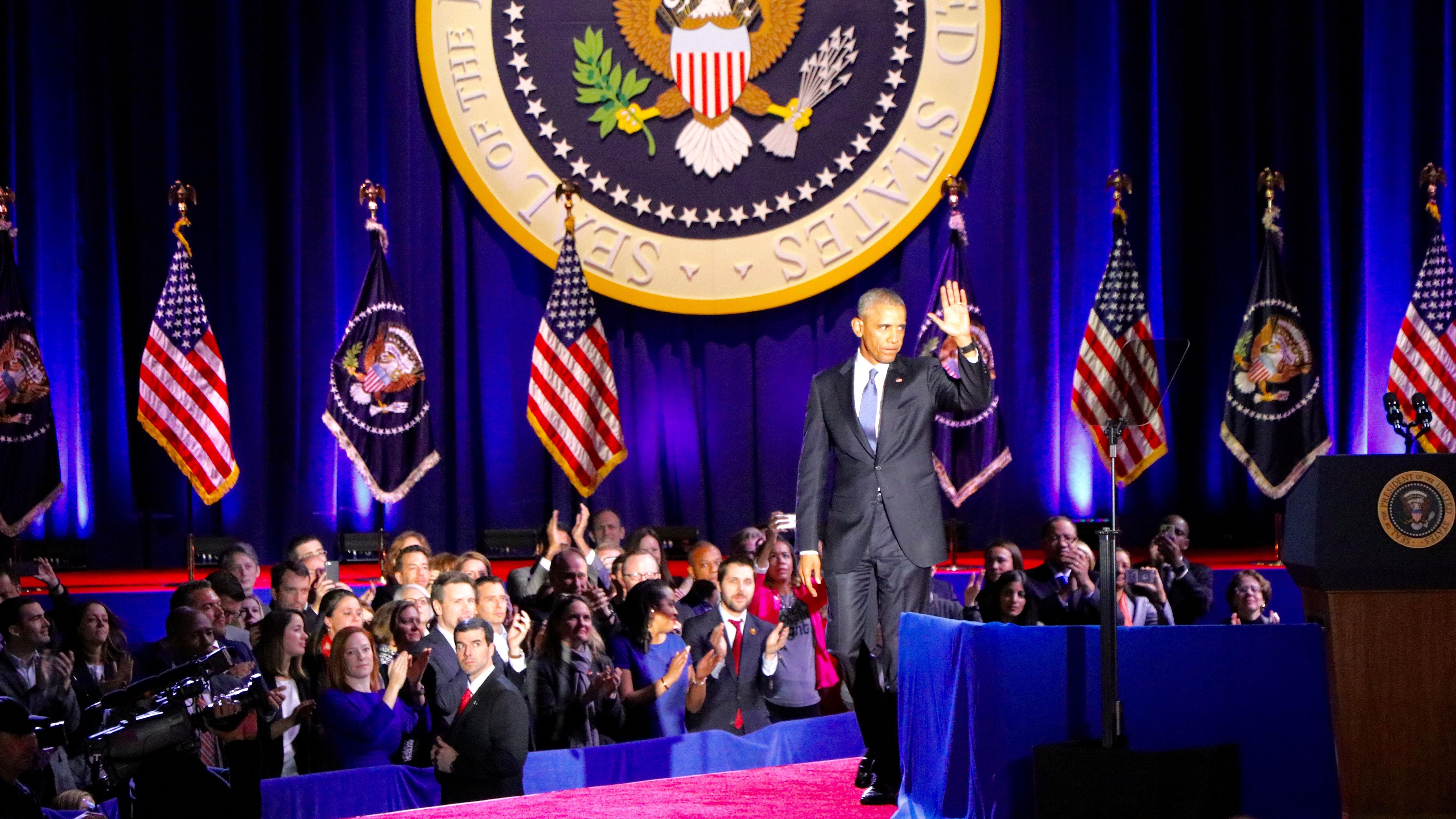 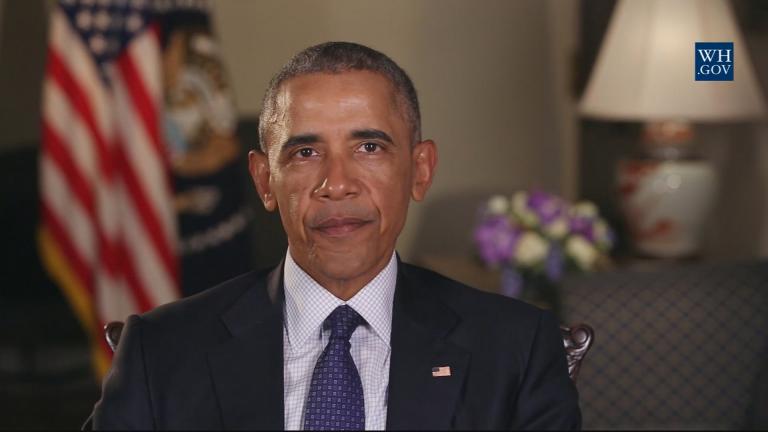 Jan. 9: A little more than eight years ago, Barack Obama gave his presidential acceptance speech in Grant Park. Tuesday, he’ll bookend his presidency with a much anticipated farewell address at McCormick Place.