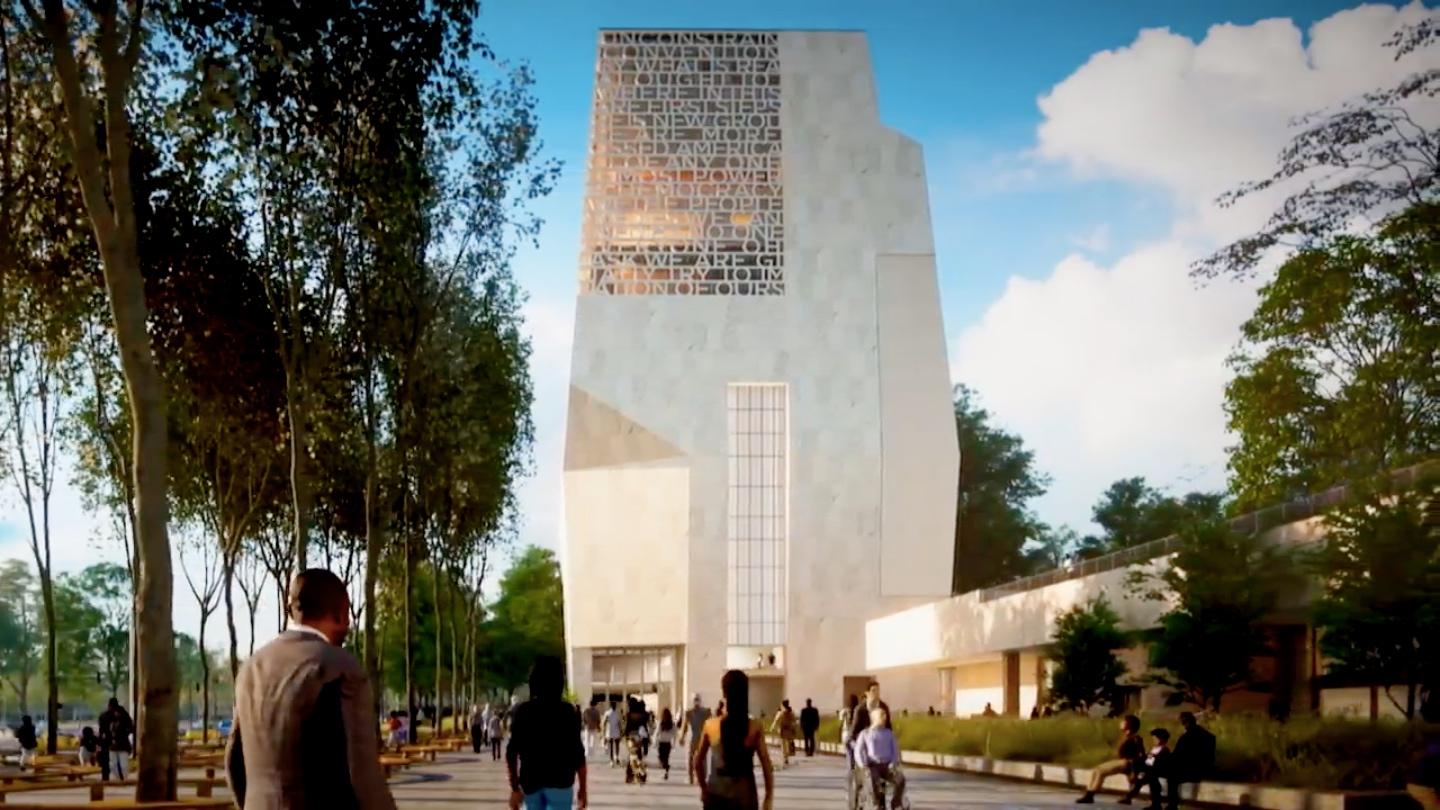 Construction on the Obama Presidential Center has been suspended after a noose was discovered on the site Thursday morning.

“We have zero tolerance for any form of bias or hate on our worksite,” Lakeside Alliance — a joint venture of five building firms — said in a statement.

While construction is paused, the company will conduct additional anti-bias trainings and discussions.

“We are horrified that this would occur on our site,” Lakeside Alliance said. The company is offering a $100,000 reward to help find the person or persons responsible.

Construction began on the Obama Presidential Center in August 2021, five years after former President Barack Obama announced the choice of Jackson Park for the home of what was originally billed as a presidential library. The project was held up by numerous legal challenges and federal reviews tied to the location in the historic park.

“We want this center to be more than a static museum or a source of archival research. It won’t just be a collection of campaign memorabilia or Michelle’s ball gowns, although I know everybody will come see those,” he joked. “It won’t just be an exercise in nostalgia or looking backwards. We want to look forward.”

The Obama Foundation released a statement commenting on the incident:

“This shameless act of cowardice and hate is designed to get attention and divide us. Our priority is protecting the health and safety of our workforce. We have notified authorities who are investigating the incident.”

"Hate has no place in Illinois," the governor said in a statement. "The noose is more than a symbol of racism, it is a heart-stopping reminder of the violence and terror inflicted on Black Americans for centuries."