Earlier this month, Mayor Rahm Emanuel floated a plan to move the proposed Lucas Museum to the site of McCormick Place East.

Dozens of individuals representing faith, business and community organizations gathered Tuesday at McCormick Place to show their support for the idea. They see it having a positive impact on the South Side.

WBEZ's Lauren Chooljian was at the meeting. She said that under the proposal, the McCormick East building would be demolished, leaving only the basement for storage. George Lucas would contribute roughly $740 million and would build the Lucas Museum in its place. McCormick Place would then construct a new building between the South and West buildings.

“The way McCormick Place sees it is it’s a way to fix aging infrastructure, and also they would have money to build elsewhere,” Chooljian said.  “The big sell for the mayor’s office is that … it would be the largest contiguous space in the world for conventions.”

According to Chooljian, at the community meeting today, Dr. Leon Finney, along with African-American labor leaders, other pastors and community groups, argued that putting the Lucas Museum at McCormick East would be a way for underemployed or unemployed African-Americans in the neighborhood to get construction jobs.

“It was like a campaign because it really had that air of, let’s get as many people in the room as we can,” Chooljian said. “It really was like a rally of sorts. You had people who own construction agencies talking about how a big museum of this scope could really be helpful for people to have not just seasonal construction jobs, but apprenticeships that would last a little bit longer than a usual, quick road project.”

Friends of the Park – the group opposed to the lakefront location and locked in a court battle with the city – hasn’t come out with its stance yet.

“But this time around, they say they’re really happy they’re involved with conversations with the mayor’s office from the get-go. They haven’t really figured out where they stand on it. They’re just looking for information and just glad to be involved,” Chooljian said. 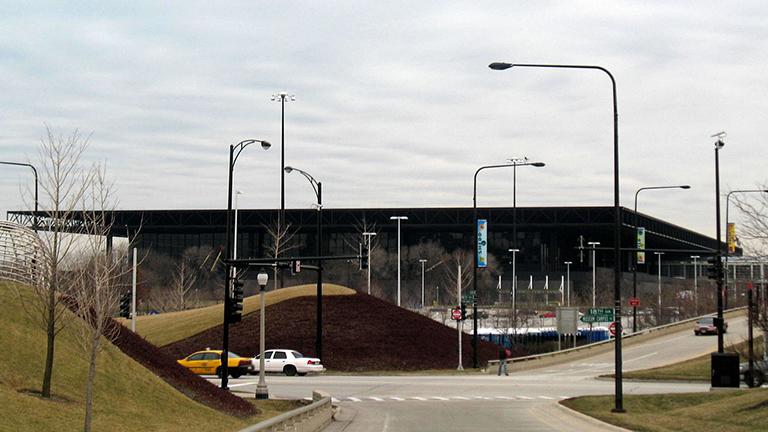