At the Field Museum in the 1930s, art and science joined forces to look at race. More than one hundred sculptures were created in bronze to depict racial "types" from around the world – at least as identified by the anthropologists of the era.

But the once-popular exhibition fell out of favor and was de-installed in the late 1960s.

Now, half of the sculptures have been restored and re-installed. Looked at through a modern lens, they are an expression of our changing views on race.

Brandis Friedman: A life-sized man from the Kalahari Desert aims an arrow at his unseen prey. A Chinese woman pauses during her busy work day. An idealized Scandinavian-American strikes a heroic pose.

A San family from the Kalahari region of southern Africa. © 2015 The Field Museum (John Weinstein)

The museum commissioned this procession of racial identity in 1930.

And they hired just one person for the massive job – American artist, Malvina Hoffman, a student of the great sculptor August Rodin. 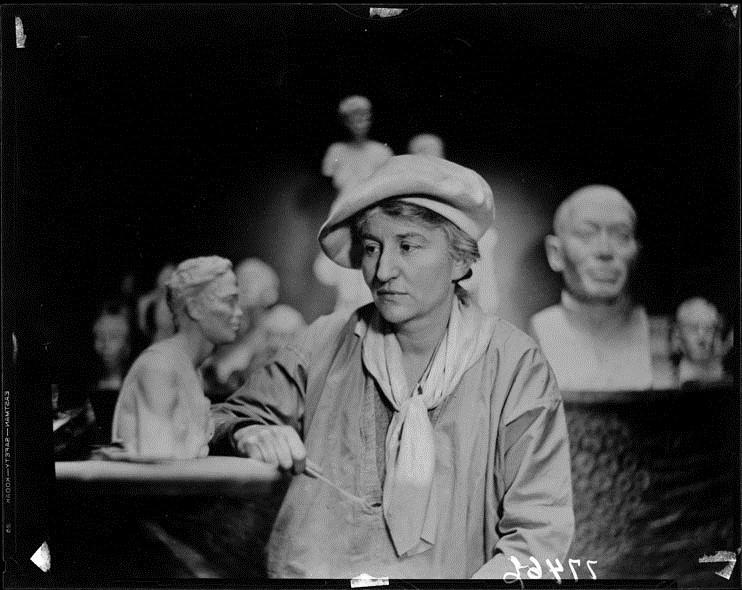 Malvina Hoffman in her studio. © 1930 The Field Museum

Janet Hong, Field Museum: As an artist Malvina Hoffman absolutely made nuanced portraits of individual people but it’s also true that notes of stereotypical traits of certain ethnicities does get portrayed in some of the sculptures.

Alaka Wali, curator: She got a lot right, in terms of the anatomy and as an artist presenting people, and then she was given all these instructions by the curators here and by anthropologists and so their theories about race influenced the people who were selected for display for her to sculpt and then influenced the way that the exhibit itself was mounted. 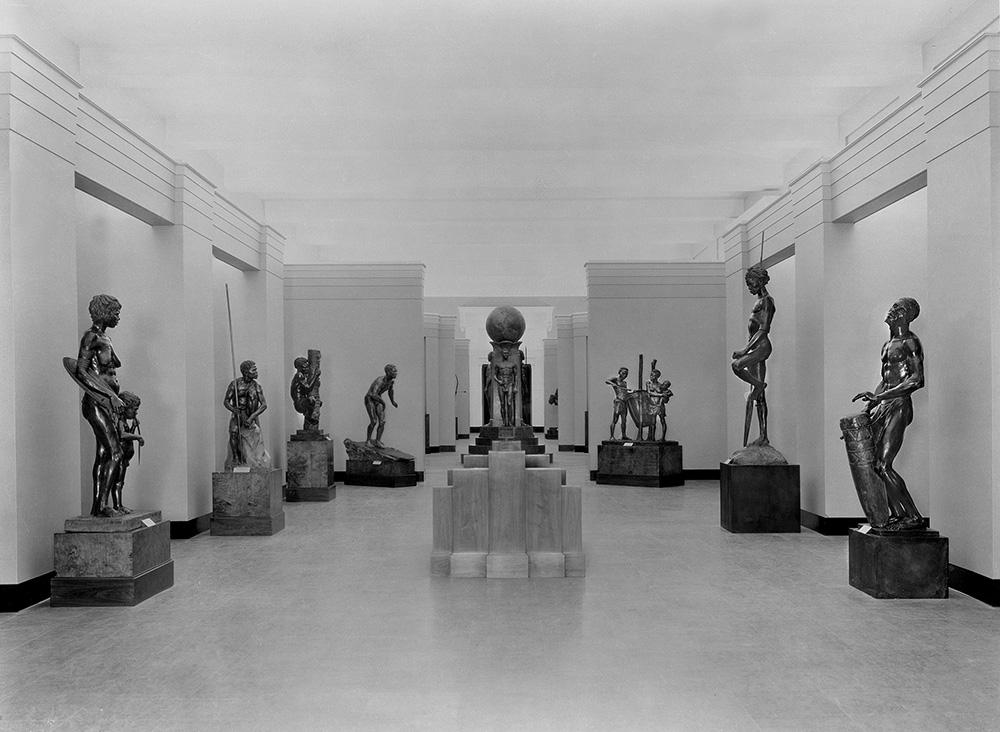 The 1933 installation of "The Races of Mankind" exhibition, which was de-installed in 1969. © The Field Museum

BF: The exhibition was presented in what was called the Hall of Man to coincide with the 1933 Chicago World’s Fair. A total of 104 sculptures were made, most of them in bronze.

In the years leading up to it, Malvina Hoffman traveled the world in search of models. Her husband documented the journey. 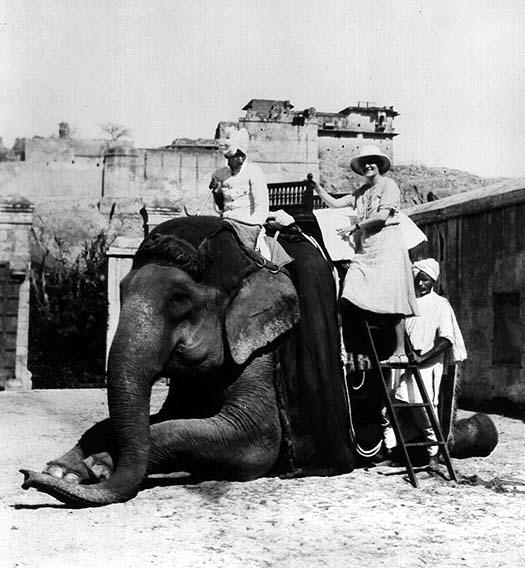 JH: She had instruction from the scientific curators at the Field Museum to measure people’s noses and head and other body parts with calipers and she kinda started out doing that but she said forget it at a certain point. I mean she was an artist and she could sculpt very quickly from live models and that’s how she captured the essence of many of her live models.

AW: The curators here were interested really in portraying types and so they weren’t so concerned with dignity or even personality let’s say, but Malvina Hoffman, she wanted to portray them as people so it was her vision that guides the way they look now.

BF: Fifty of the original sculptures – both busts and full figures – are back on display. But first, they underwent 18 months of conservation and research.

Bronze sculptures portraying a Mayan man from southern Mexico; a Somali man from northeastern Africa; and a man from Korea. © 2015 The Field Museum (John Weinstein)

JH: In 1933 this sculpture was just labeled as “Hawaiian Man” but with research that we’ve done recently we’ve realized he’s from the famous Kahonamoku family of Hawaii who were sort of the beginnings of surfing in America as a popular sport. So we’re very glad to identify him with his name. He used to be tucked away in a corner of the museum and we’re so happy to have him beautifully restored and here on display.

BF: Malvina Hoffman lived until 1966. Two years later the Hall of Man was dismantled. Her sculptures were either put into storage or dispersed throughout the museum.

AW: It was the curators in the 1960s who were uncomfortable with the message of the exhibit. By then, anthropologists had almost uniformly discarded the idea that race is a biological fact and had instead, because of the genetic evidence, understood that human physical variation cannot be categorized into these races, and even 104 types was meaningless. 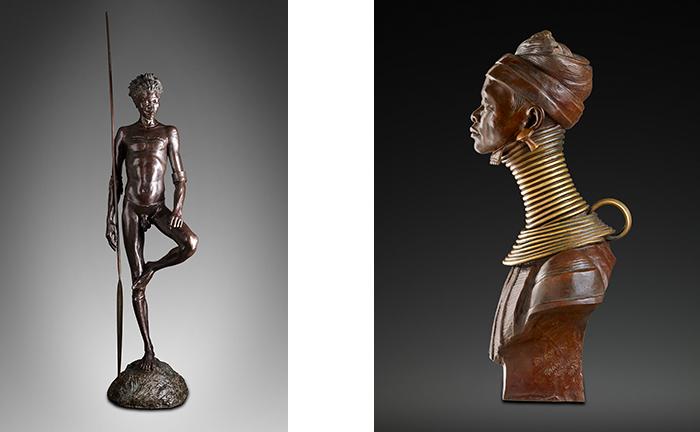 The sculptures are real people. They lived. They’re enduring works of art … good enough to go in any art museum for sure.

We want to be able to value that here at the Field but the interpretation that can now accompany these sculptures is very different because science is always dynamic. Science changes as new evidence accumulates, as old theories get discarded.

We understand the world in different ways, through the scientific lens, and so we can always use our objects, our artifacts, to tell new stories based on the latest scientific thinking, and that’s what we’ve tried to do here.

The Field Museum exhibition is called "Looking at Ourselves: Rethinking the Sculptures of Malvina Hoffman." It opens this Friday, Jan. 15 and will be on display through Jan. 1, 2017. Go here for museum hours and admission fees. 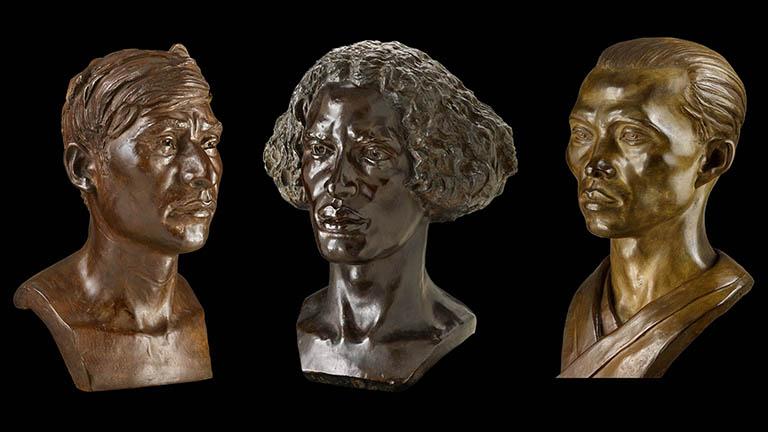