The Field Museum is telling the epic story of ancient Greece in its exhibition “The Greeks: Agamemnon to Alexander the Great."

More than 500 precious artifacts—many of which have never left Greece before—are now in Chicago. These national treasures illustrate pivotal moments in Greek culture through art, science, drama and sports, and prove that the legacy of the ancient Greeks is truly Olympian.

“It’s really difficult to extract Greek religion from Greek history, from Greek athletics, from Greek thought. We tend now to separate them, but they go together,” said Field Museum exhibit project manager Susan Neill. “‘The Greeks’ exhibition here at the Field Museum covers a long arc of Greek history and culture, really from its roots in the Neolithic, about 6000 B.C.E., up through Alexander the Great’s death in 323 B.C.E.

"What people are really able to see here is the emergence of western civilization. We see the roots of democracy, and theater, and philosophy, and the Olympic games, and all of these things that we come to think of as who we are and forming who we are.”

Below, a slideshow of artifacts currently on display at "The Greeks" exhibit.

The show is co-presented locally by the National Hellenic Museum in Greektown. It was developed by the Hellenic Ministry of Culture in Athens.

“The materials come from 21 different museums in Greece, many of whom parted with their most important artifacts for two years while the material is on tour,” Neill explained. “The big moments that we think of in Greek history are definitely addressed here in ‘The Greeks.’

"For example, the story that many of us know from '300' is represented by actual arrows that the massive Persian forces were showering upon the 300 Spartan warriors and the other Greek warriors who were fighting with them, in an attempt to fend off the Persians. It was ultimately a failed attempt, but it did give spirit and hope to the Greeks who eventually were able to win the larger war and hang on to democracy for us.”

A more recent echo of ancient Greece in modern culture: Spike Lee’s “Chi-Raq,” based on Aristophanes’ comedy about Greek women withholding sex from their warring husbands until they give peace a chance.

“What people are really able to see here is the emergence of western civilization. We see the roots of democracy, and theater, and philosophy, and the Olympic games, and all of these things that we come to think of as who we are and forming who we are.”

Other exceptional objects in the exhibition include a warrior's helmet made from the tusks of the wild boars he hunted and killed, ceramic vessels that tell the bloody story of Odysseus, hero of The Iliad and The Odyssey, and a golden death mask referred to as the “Mask of Agamemnon.”

“These objects really give us a tremendous insight into Greek life,” Neill said. “These materials for the most part were grave goods, so they were buried with people to represent who they are and often times to provide what were needed in the afterlife. And in that regard, these are often the most high quality and valuable objects, so you see a lot of precious metals and exquisite workmanship.”

From the epic poet Homer – to long forgotten warriors – the focus is on individuals.

“Many of the people we encounter in this exhibition are unknown, but quite a few people are also known,” Neill said. “There is a fascinating small ring that belonged to a woman who, we can tell by the other material in her grave is important, but we know her name because it is inscribed in Greek with the equivalent of ‘gift to Kleita.’

"This exhibition seems to suggest that so much of our own culture here in the U.S. now is rooted in ancient Greece – democracy, theater, philosophy, Olympic games. It’s a time that we go back to still today for inspiration.” 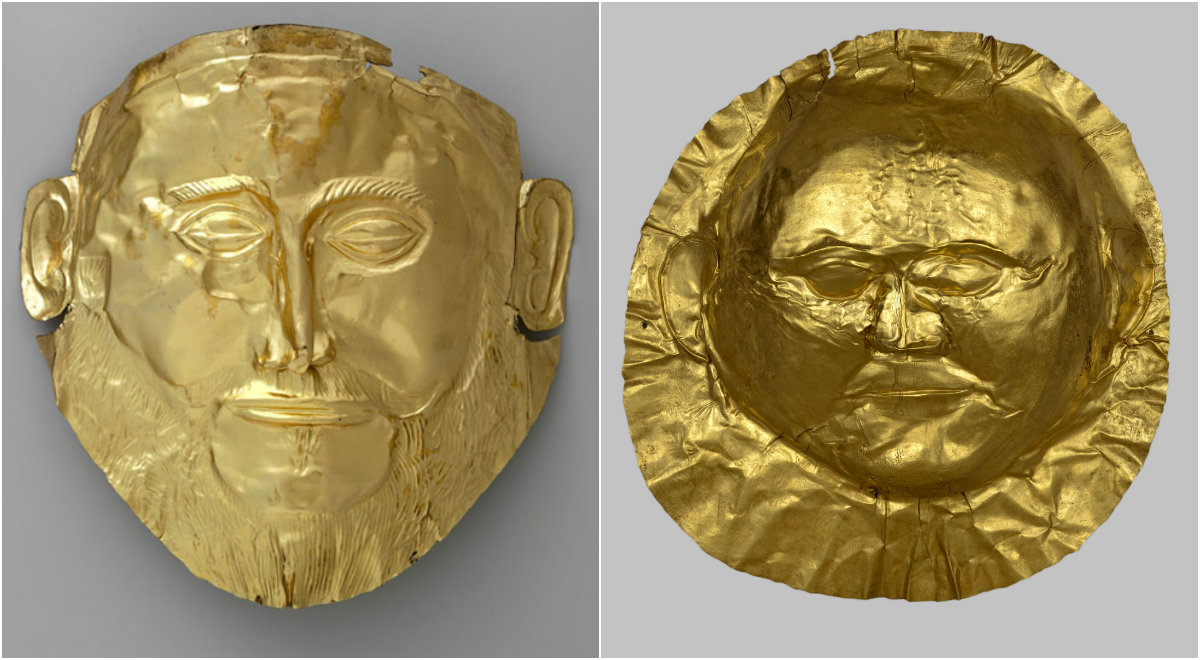 An original and a reproduction – one of only two in the world – are on display as part of the Field Museum's "Greeks" exhibit.