The lowest gas prices in a decade combined with an improved economy are fueling traffic. So says a new AAA report predicting we'll see the worst Labor Day holiday traffic in seven years.

About 1.9 million of those travelers will be from Illinois, Mosher said. Travel on Friday and Monday will be particularly heavy.

"We're going to see a lot of people travelling back from Michigan and Indiana this weekend," she said.

One theory is that the increase in traffic is part of a post-recession rebound.

"We've been through a tough six years," said Joseph Schwieterman, professor in the School for Public Service at DePaul University and director of DePaul's Chaddick Institute for Metropolitan Development. "First it's the recession, then it's high fuel prices; here in Illinois: unemployment. But things have turned around. The airlines are making some money, fuel prices are a good 20-30 percent lower than they used to be. People seem ready to go, and airlines are really going to make some money in the next few months." 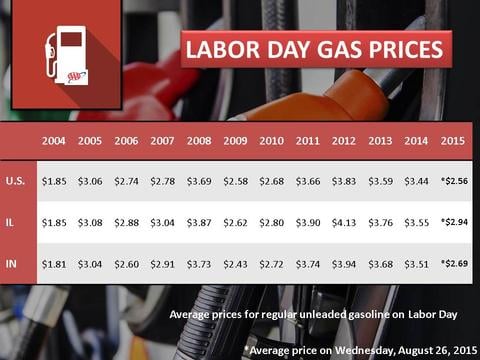 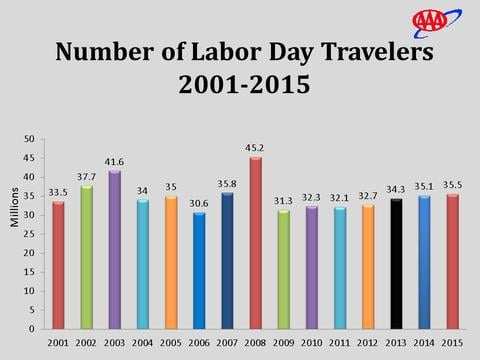 More time on the road

According to the Urban Mobility Scorecard, a traffic congestion report released by the the Texas A&M Transportation Institute, Chicago is reported to have five of the nation's most congested roadways, including three sections of the Kennedy and Dan Ryan Expressways (Interstate 90/94), and two areas on the Eisenhower Expressway (Interstate 290).

According to the study, Chicago drivers are stuck in traffic an extra 61 hours because of congestion. "So many people are frustrated," said Mosher.

"It's painful, but we all know it's kind of true," said Schwieterman of the report. But he points to the transit system and the grid system in Chicago that help drivers avoid choke spots. "I don't feel, even though we come out terrible in that report, we live in quite the hellish environment that, say, people in San Francisco do." 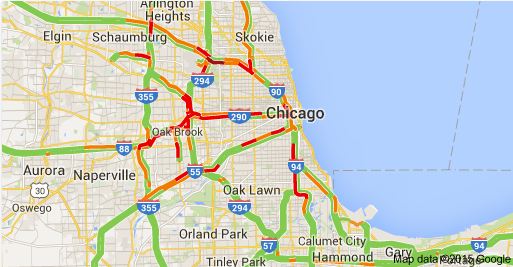 What's driving the traffic and what are the solutions?

Watch the video to hear our full conversation with Mosher and Schwieterman.

Planning a road trip this holiday weekend? Check out the map below to compare gas prices across the nation.