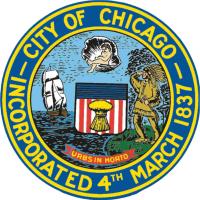 The City of Chicago will have to wait two more weeks before Cook County Circuit Court Judge Rita Novak delivers a ruling on whether pension legislation supported by Mayor Rahm Emanuel is constitutional.

This is the law that Emanuel says will save the city’s pension funds—the Municipal Employees Fund and the Laborers Fund. If found to be constitutional, the law would raise both employee and employer contributions and reduce automatic increases--similar to cost-of-living adjustments--for the two funds.

In December 2014, several employees filed suit against those two funds and the city.

Notice of the delay comes after lawyers representing city workers, as well as the city and the employee pension funds, made their cases to Novak on Thursday morning. At the hearing, she said she will issue a ruling on the constitutionality of the legislation on Friday, July 24.

"Today we asked the Circuit Court to overturn city pension cuts and protect the life savings of city workers. We believe that the Constitution -- our state's highest law -- means what it says and must be respected, and that city employees and retirees have earned their modest retirement income.

Public service workers in city government help children in our libraries and schools, provide health care in neighborhood clinics, keep our streets and water supply safe and clean, and do much more. Their pension is just $32,000 a year on average, and they aren't eligible for Social Security.

In light of the recent state Supreme Court ruling that made clear there is no exception to the Constitution's pension protection clause, we believe we have a strong likelihood to succeed."

“We appreciate the opportunity provided by the court to be heard on this important matter. We believe the legislation enacted last year to rescue from insolvency and fully fund the Municipal Employees and Laborers pension funds is constitutional. Far from diminishing or impairing these funds, the legislation guarantees for the first time that they will be funded on an actuarially sound basis and able to pay the benefits that have been promised. That is why this legislation was supported by the funds themselves and the overwhelming majority – 28 out of 31 – of the unions representing their members.”