Once thought impossible, new research suggests people can learn perfect pitch. University of Chicago paleontologist and science explainer extraordinaire Neil Shubin is back to discuss that, the unique way trap-jaw ants avoid predators, “virgin births” in sawfish, and the shrinking of Mount Everest. 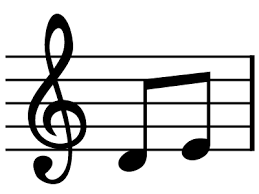 The University of Chicago is making some music history. Psychologists at the university say they’ve been able to train some adults to develop the prized musical ability of absolute pitch and the effects can last for months. For those who don’t know, absolute pitch, also known as “perfect pitch,” is the ability to identify a note by hearing it. It’s been a desired trait among musicians, especially since several famous composers, including Mozart, were rumored to have it.

Researchers conducted the study in two experiments, with 17 University of Chicago students participating in the first experiment. None of them had perfect pitch, and each had different variations of musical experience. Participants listened to 180 notes from real instruments in three 60-note blocks and were given feedback if they had chosen the correct note. The study revealed significant improvements in note identification after the training. The second experiment had 30 university students and staff, as well as community members participate, and saw much of the same results as the first one. The results have their skeptics, but there is more evidence suggesting it can be done. 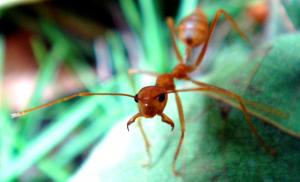 Talk about jaw-dropping: some species of trap-jaw ants use their spring loaded mouthpiece to throw themselves out of harm’s way when an ant-trapping predator strikes, according to research published in the journal PLOS ONE. Other studies say trap-jaw ants sometimes jump with their jaws.

“But it was unknown whether this behavior was meant to help them get away from a predator, and it wasn’t clear that it actually improved their odds of surviving an encounter with a predator,” Fredrick Larabee, a University of Illinois grad student who conducted the study with other professors, said in PLOS ONE.

The new study proves that the mouthpieces aid in the ants’ survival by allowing them to remove themselves from a dangerous situation. 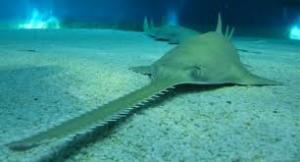 Virgin births are often called signs of “divine intervention,” but these types of births may be more common than one thought—at least with certain fish species. Scientists have discovered that female sawfish appear to routinely reproduce asexually. This is known as parthenogenesis. In a study done by the Florida Fish and Wildlife Conversation Commission, DNA fingerprinting showed that about 3 percent of a sawfish population in Florida appeared to have been created through female only reproduction.

The recent earthquake in Nepal has left thousands of people dead and many more homeless and struggling to survive. New data obtained from the European Space Agency Satellites shows Mount Everest shrank in the quake, leaving it 2.5cm (or just shy of 1 inch) shorter than it was before. However, the loss in its stature didn’t cost the mountain its title as the world’s biggest. Experts say Mount Everest should regain its height over the next two-and-a half years.