She was known as "The Little Warrior." Short in stature but a towering force in the civil rights movement, the Rev. Willie T. Barrow died early this morning at age 90. We look back at her long and influential life, and the legacy she leaves behind. 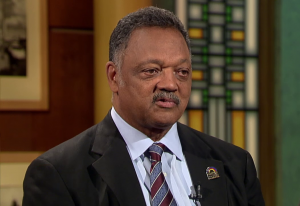 To the Rev. Jesse Jackson Sr., the death of the Rev. Willie Barrow is a profound loss.

“It was the Selma uprising,” he said of the year they met. “And she lived long enough to see the crossing of the bridge one more time.”

Barrow’s passion to fight for justice was evident to Jackson the first time he met her.

“She was a tough-minded woman with a tender heart. She was a fierce fighter for freedom and justice. She was a fighter for peace, and she was taking on unpopular causes. She had no fear of unpopular causes. She always had time for those people with their backs against the wall,” Jackson said. “She became ‘The Little Warrior,’ because she took on one big giant after the other…. She became a fighter, and she won virtually every battle.”

In addition to crusading for civil rights and social justice causes, Barrow helped Jackson found Operation Breadbasket, which evolved into the Rainbow PUSH Coalition. In 1984, she was appointed executive director when Jackson took a leave of absence for his first presidential campaign, and she continued working with the organization for decades after his return. Declining health couldn’t stop Barrow from working.

“[She worked] 24/7,” Jackson said, adding she’d return to work as soon as she was able to after leaving the hospital. “She never stopped.”

In a July 1987 Chicago Tonight interview with John Callaway, Barrow said: “I believe my life will be successful because I never plan to retire. I plan to keep on working until God calls me to that eternal…. I want a long funeral when I die ‘cause I lived a long life. And I [would] like to be remembered with a big, big thing on my casket with just people, just people. Just goo gobs of people, because that’s my life.” Watch the full interview below.

View a timeline of Barrow's life.

“From a teenager who demonstrated for equality in the segregated south to a revered Chicago icon who helped to found Operation Breadbasket, Reverend Barrow spent her life on the front lines in the fight for justice. She marched in Selma and played a pivotal role in persuading Dr. King to take his fight for equality to Chicago.

“Known as ‘The Little Warrior,’ Rev. Barrow was small in frame but her voice was powerful, and contributed immeasurably to the cause of fairness, justice and opportunity in our community and the nation.  We mourn her loss but give thanks for the impactful life she lived.

“I have ordered flags at all city facilities lowered in Rev. Barrow's memory, and offer our thoughts and prayers to her family and many friends.”

"It is with the heaviest of hearts that we announce, our sister beloved, Rev. Dr. Martin Luther King, Jr. Staff member and our partner of 50 years , Rev. ‪#‎WillieTaplinBarrow‬ has made her transition. She was a woman of unusual courage and character. She was a freedom fighter. She fought in the tradition of ‪#‎RosaParks‬ and ‪#‎FannieLouHamer‬. She was fearless. Death can have her frail body but not her good works and not our memories of her. We love you. Rest in peace. We will never forget you. More to come about the life of works of ‪#‎RevWillieTaplinBarrow‬. RIP. Tell you children about her. Keep Hope Alive! Love you guys"

The city of Chicago has suffered a tremendous loss with this morning’s passing of the Rev. Willie Barrow. Our “Little Warrior” was a one-woman movement for equality, social justice and civil rights, from her work with the Rev. Dr. Martin Luther King Jr. to her integral role in the founding of Chicago’s Operation Breadbasket, which later became Rainbow/PUSH. She has inspired generations of activists around the country through more than 70 years of work in the church and the community, with strength and tireless effort unmatched by many. She wielded a world of toughness in her hand—an iron fist wearing a velvet glove—and will be greatly missed by the legions of clergy, activists and social justice pioneers she has influenced.

“Rev. Barrow was a dynamo when it came to being a champion of justice for the citizens of Chicago and for women and children, in particular,” said CTU President Karen Lewis. “Her stature was small, but her spirit was gigantic, her energy boundless and her commitment unwavering.”

“Rev. Willie T. Barrow belongs in the Civil Rights Hall of Fame. From the Edmund Pettus Bridge in Selma to the streets of Chicago, Rev. Barrow fought for justice and stood up to those who would deny equality.  Her passion for helping others, her steely determination and her winning smile will be missed, but her spirit will live on in the countless lives touched by her work.”

"I join Chicago and the nation in mourning the loss of Rev. Willie Taplin Barrow, known to those who loved her as ‘The Little Warrior.’ If ever the term ‘Renaissance Woman’ was a suitable title, it certainly applies to Rev. Barrow. She was a member of the second Great Migration of African Americans from the Deep South in pursuit of justice and economic opportunity. She became an ordained minister as well as an accomplished musician. She became a skilled welder, working in a shipyard during World War II. She organized for greater opportunity for women in the trades and became a leader in the labor movement.

“Dr. Barrow was involved early in the civil rights movement, as part of the Southern Christian Leadership Conference with Dr. Martin Luther King Jr., and became an organizer of the 1963 March on Washington and the 1965 Selma March which the nation has just commemorated on the 50th anniversary of that watershed event. Dr. Barrow worked closely with Rev. Jesse Jackson in establishing Operation Breadbasket and later, Rainbow PUSH here in Chicago, and serving as campaign manager for Rev. Jackson’s 1984 presidential campaign.

“She fought for peace as a nonviolent warrior. A vocal opponent of the U.S. war in Vietnam, Dr. Barrow travelled to North Vietnam in 1969 as part of a peacemaking delegation from the U.S., at great personal risk, in order to bear witness. She cared about and fought for everyone.

“Where there was a fight for justice--large or small--at the international or at the neighborhood level--Willie Barrow was there, and she spoke out fearlessly. She was a source of inspiration and  encouragement to our young people. Her fearlessness, lifelong commitment, and warm, beautiful personality will remain with us as we continue to work to fulfill her vision of a Chicago filled with peace, opportunity, and fairness.”

“Reverend Willie T. Barrow was a Civil Rights icon and a Chicago institution, a 'Little Warrior' in pursuit of justice for all God’s children. In 1936, when she was just 12 years old, Reverend Barrow demanded to be let on to her all-white school bus in Texas, and the fight for equality she joined that day would become the cause of her life.  She marched with Dr. King on Washington and in Selma. She stood up for labor rights and women’s rights. She made one of the first pieces of the AIDS Memorial Quilt, and proudly welcomed LGBT brothers and sisters to the movement she helped lead.

"Nowhere was Reverend Barrow’s impact felt more than in our hometown of Chicago. Through Operation Breadbasket, the Rainbow/PUSH coalition, and her beloved Vernon Park Church, she never stopped doing all she could to make her community a better place. To Michelle and me, she was a constant inspiration, a lifelong mentor, and a very dear friend. I was proud to count myself among the more than 100 men and women she called her 'Godchildren,' and worked hard to live up to her example.  I still do.

"Michelle and I are deeply saddened by Reverend Barrow’s passing, but we take comfort in the knowledge that our world is a far better place because she was a part of it. Our thoughts and prayers are with Reverend Barrow’s family, and with all those who loved her as we did.”