The Village Movement: How Elders are Aging in Place

Folks over age 60 are opting to stay in their homes and communities well into their golden years. A collection of "virtual villages" are popping up all over the country, providing engagement, services, and a new way of looking at how we age. We discuss the movement with Dianne Campbell, executive director of Lincoln Park Village, Phyllis Mitzen, the president of Skyline Village Chicago, and Dr. Lee Ann Lindquist, who treats the elderly and studies aging. 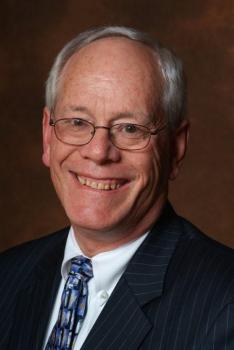 David Baker, 72, is an example of an older American working well into what is considered the “retirement years.” He’s both a villager and board member at Lincoln Park Village. Read an interview.

When and why did you decide to join Lincoln Park Village?

I joined about four years ago, in the village’s second year. I’ve been on the board since 2013. I joined originally because I thought it was a very powerful idea to provide this bridge for older people to live in their homes for as long as possible. Part of that came from the fact that I had just gone through the process with my mother, who managed to live alone without a village network well into her 90s. We weren’t able to find any place for her, so we put her in a retirement community.

There were also plenty of things for me to take advantage of at Lincoln Park Village. My relationship with the village’s executive director, Dianne, influenced me to join. She was involved with the Illinois Institute of Technology, my employer, to work with charter schools. She then got this opportunity as executive director and I helped counsel her in taking the position at Lincoln Park Village.

You’re still working into your 70s. What kind of effect has the village community had on you?

I am part of the village that’s not retired. The concept of unretirement is strong with me. The original reason that I became part of the village was for that. That’s the part of the community that I focus on. It’s about creating new careers for older adults. I haven’t started a new career, but I’m extremely active within IIT. I don’t need people to take me to the grocery store or doctor, but I will still call the village up for good plumber or electrician referrals. Someone took care of my garden while I was in Europe two summers ago.

Tell me about the work you do and what it’s like to be in the workforce at your age.

As the Vice President of External Affairs for IIT, I deal with governmental relations. I’m also executive director of the school’s University Technology Park. I’m choosing to continue to work and have the support of the school’s leadership. That means I must still be adding meaning to their goal. I have colleagues that decided to step down because they said, “I want to enjoy life and I’ve been doing this long enough,” but that’s not me.

With higher education, there’s no ceiling as to how late in life you can work, as opposed to a corporation that may try to force you out. For me, it’s a combination of loving the work and needing more money for retirement because of the realization that we’re going to live a whole lot longer. So even if I weren’t here, I’d be working somewhere else.

The main thing, though, is the excitement from my role here – the environment and ecosystem in Chicago and the nature of the technology industry. The village has offered me a lot of social engagement along with the decision to continue working. It’s broadened my interests and connections. There are people who have been my neighbors for decades and I’m just now meeting them through the village. I love that. I’m also providing a leadership role on the board, which is fulfilling. 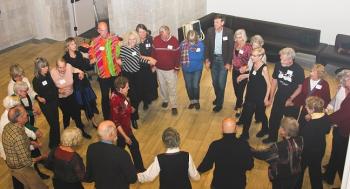 What kind of activities do they offer that particularly interest you?

I love the small dinners that we periodically have. We get together and share our culinary expertise. I really enjoy that. I’ve also taken advantage of some strange activities that I would never do – and probably won’t ever do again! I went kayaking in the pond behind the Lincoln Park Zoo and thought I was going to drown! But it was fun. I also enjoy sharing my expertise. I organize annual bird-watching trips at Montrose Point. It’s fun to introduce people who have never done that. I enjoy opening people up to new experiences.

Would you recommend joining a village to everyone or does it benefit a certain profile?

Well, it’s not free. That’s something to consider. I would certainly recommend it to anyone who is retiring and wants to stay in their community. It provides an instant extension of yourself when you roll out of retirement and lose some contacts. The village provides a social network for older adults that you may only find in a church or synagogue.

Can you sum up the benefit of the village community?

I think the benefit is that it’s a nonprofit, non-governmental mechanism for extending the enlivening process in any community. It allows older adults to stay in touch with their surroundings and give back. They can give back to younger and older people alike. It has an opportunity to make a major impact on aging America.

I’ve seen the term “adult empowerment” used in describing these village communities. What does that mean to you?

We’re trying to drop the stigma connected to people getting older. People in their 70s and 80s have some great things stored in their brain and the public may not realize that. The elderly have value in the volunteer, social and professional world. We’re able to share our expertise and experience with the rest of the community.

Want to participate in a seniors study organized by Dr. Lindquist? Find out details here.