Our science guy, Neil Shubin, talks about the latest science stories, including a study on the health of the world's oceans, why sparks really do fly at the moment of conception, and a new study finding that generosity can be "written" in the brain.

Read what Shubin had to say about the latest science stories. 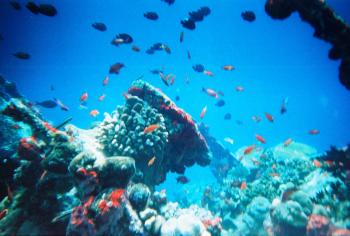 A study last week looked at the health of ocean life. Can you tell us more about it?

Scientists did one of the broadest measures yet of the state of animal life in the oceans. They looked at the fossil record, fishing records, and other data, and found the inescapable conclusion that we are on the precipice of a great extinction in the ocean. Sea life is changing fast and the pace of that change is accelerating: fish, corals, marine mammals; all of them are being affected.

What in the oceans is changing?

It is a brew of many effects; think warming, acidification and habitat loss. Imagine you had an aquarium that you heated up and dumped weak acid into. Then, reduce the livable space for the fish. That is what is happening on a global scale. Global warming is changing the distributions of species. Fish species that used to live off of Virginia now are present off of New Jersey. Coral reefs are disappearing at a rapid pace. Fish farming, ocean mining, and other effects are changing the environment dramatically.

Ask any fisherman off of the East Coast about their stocks and you will get a general sense of alarm about cod, tuna, and other species. That is just the tip of the iceberg.

What about elsewhere on the planet? Is land affected also?

Yes, in fact the reduction in the number of species is far more consequential on land, from large carnivores like polar bears, to small rodents. What is scary is how every human colonization has resulted in mass extinctions of indigenous creatures. The human colonization of Australia led to the rapid demise of the native fauna, of Madagascar, New Zealand, North America and others. You can plot the extinction of the local creature to when humans arrived. Our effects on the oceans are the most recent, presumably because oceans are big and our effects until recently have been indirect.

But it’s not all bad news?

That is correct. The oceans are vast and do not change as fast as the land. That means that they might be more resilient. The researchers noted that some of these changes can be reversed if we are mindful about creating underwater preserves, reduce mining and other impacts. 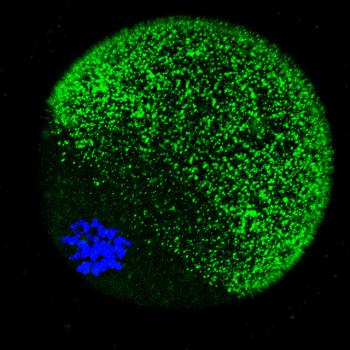 This is work from a team out of Northwestern and Argonne National Laboratory. You’re speaking about molecules, correct?

That’s right. We’re looking at what happens to the egg when it gets fertilized. Recall that the sperm and the egg combine at conception to form a single cell. Over time, that single cell will go on to divide, implant in the uterus, and become an embryo. What happens here is that atoms in the egg move around as the egg matures, gets fertilized, and begins development. It turns out that zinc is a big part of the process by which the egg develops. And you can see it in the egg in what looks like “sparks” of activity.

How did they see the sparks?

High technology, using unique capabilities at Argonne and Northwestern. First, they had to develop a marker for the zinc; something that lights up and shows where it is. Then, they needed a high-powered X-ray to see inside with detail enough to spot the tiny zinc atoms. That capability exists at Argonne.

What did they see?

Billions of zinc atoms were released by the egg in one wave after another. They discovered over 8,000 tiny packages of zinc, each containing over a million atoms. One wave after another sparks up in different parts of the egg. At fertilization, zinc is released – then, things go quiet.

What does it mean? What does the zinc do?

The movement of zinc atoms appears to be part of the process whereby the egg transitions from an egg to an embryo. Remember what is happening here - the sperm enters and a huge chain reaction of molecular and biological processes are set in motion. Some of those processes are related to determining how the egg divides to make more cells. The release of zinc is thought to be related to this cellular division process.

Will this research have a medical application?

The Northwestern team is optimistic that this may aid In Vitro Fertilization. The amount of zinc released by an egg could be a great marker for identifying a high-quality fertilized egg, something they can’t do now. If they can identify the best eggs, fewer embryos would need to be transferred during fertility treatments. 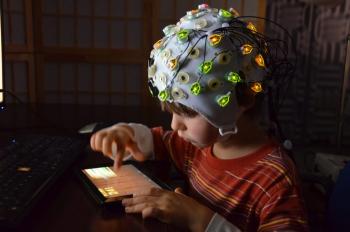 Generosity Written in the Brain

University of Chicago researchers looked at sharing in kids. What were they trying to do?

They began with the observation that kids, up to age 5 years old, tend to be good helpers, but lousy sharers. Psychologists have long known that these kinds of social behaviors increase with age in most of us. We become better sharers as we get older. Why does that happen? How is this written in the brain? Obviously this is complex, but they were looking for biological and social insights.

What did they do?

They looked at kids 3-5 years old and recorded their brain activity when they watched a video showing two kinds of activity: one antisocial and the other generous. Then, they played a game called the “Dictator Game.” Each kid was given 10 stickers and told that they were theirs to keep. They were later asked if they wanted to share their stickers with an anonymous child. On average, the kids shared less than two out of the 10 stickers. There was no difference sharing with age or gender, or any other variable, of the kids they could find. One variable mattered most, and that is which video they saw. Kids who saw the generous video shared more than the kids who saw the antisocial one.

What did they find in brain activity?

They found the best predictor of whether a kid would share significantly was the activity of a particular region of their brain. This region is a cognitive area, which reveals that the kids are reflecting on their behavior, not just responding automatically. Couple this observation of brain activity with the observation that the cartoon affected their behavior -- reflection is important.

What could this mean for parents?

It reminds us if studies like this hold up, then old parental wisdom has a sound scientific basis. Encouraging children to reflect upon the moral behavior of others may foster sharing and generosity. 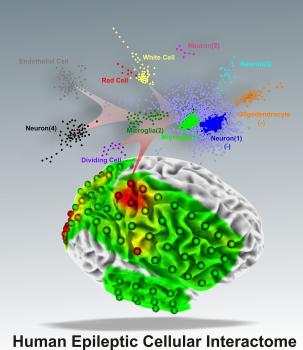 A team from UIC made a discovery about epilepsy. Remind us what is going on with the disease.

The disease is likely caused by a disorder where people having epileptic seizures have groups of brain cells in different regions that abnormally fire. The seizures can recur and vary in symptoms, including their intensity. About 1 percent of people worldwide suffer from the disease, and of those, about one-third cannot be easily treated. Sometimes epilepsy can be traced to visible anomalies in the brain where the seizures start. In many other cases though, there is nothing detectable.

What did the team do?

They did a genetic analysis on 15 patients who underwent surgery to treat their epilepsy. They sorted through the patterns of gene activity in the brains of these patients, looking for regular patterns. They developed a statistical tool that allowed them to find patterns in the Big data. They looked for clusters of gene activity.

What does this mean for patients?

There is a long way to go with the research, but it gives scientists a way to discover previously unknown or hidden abnormalities that may make cells susceptible to disease. They are applying the same techniques to other neurological diseases, such as ALS or Lou Gehrig’s Disease.