No Indictment for Ferguson Officer

In light of the grand jury’s decision to not indict Ferguson, Mo. Police officer Darren Wilson for any crimes related to the death of 18-year-old Michael Brown, we examine the relationship between police and community residents in Chicago. Read documents from the grand jury below.

View a timeline of events in Ferguson.

Read an interview with Rev. Anthony Williams, a Chicagoan, who was in Ferguson, Mo. last night.

Can you describe your trip to Ferguson?

I made two trips to Ferguson. I just got back this morning. I was there when the verdict came in last night, and I went during the second week of the first conflict.

During my first visit, people had high hopes that there would be justice for Mike Brown. I saw the unwavering and uncompromising spirit of young people. Last night, I was with young people, talking with them. Their position is, “Can we find justice as African-Americans in America?” Many of them started a dialogue about institutional racism and violence.

On my way home, I was reflecting and coming to grips with the fact that violence is a pandemic in our nation, from our institutions to the domestic level. We see forms of violence even in our churches. America is going to have to come to grips with this and become a nation of civility. If not, we’re going to perish.

What does last night’s outcome mean for the black community in the U.S.?

My reflection on the verdict is that we must come to grips and must become a civil nation--a civilized and just nation. And our intuitions particularly need to work toward that. Every citizen has a responsibility to pick up the mantle of civility. That’s what we need now more than ever before. We are in denial about the fact that violence is a pandemic in our nation. I spoke with the young people and encouraged them to work toward healing.

Can you describe what you saw Monday night in Ferguson?

How have the reactions differed across generational lines?

The young people, I understand their zeal. I encourage them to make sure they become students of history and use the proper ongoing strategies and tactics.

They don’t want to hear what these civil rights organizations have to say any more, whether it’s in Ferguson or in Chicago. They see the civil rights industrial complex--that’s what they call it--as a problem.

I was there when the conflict first broke out. I was in town when they booed Jesse [Jackson] and [Al] Sharpton. They didn’t want to hear what the NAACP president had to say.

What else is important to understand about the issue?

The most important thing for institutions to understand is that we must take self-exam. We must look in the mirror and ask, “Which way do we want this nation to go? Do we want to be a civil nation?”

As Martin Luther King, Jr. said, “We must learn to live together as brothers or perish together as fools.” 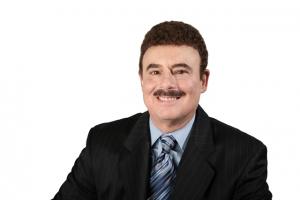 Read Professor of Criminal Justice and Criminology and of Psychology Arthur Lurigio’s thoughts on police departments and public perception.

Historically, the relationship between African-Americans and the police have been strained, conflict-ridden, and distrustful. In public opinion polls, African-Americans have an unfavorable view of police, more so than whites and Latinos.

African-Americans are less trustful of the police and less confident that police will behave in a manner that will serve their interests. They view police as an occupying force, and are more likely to report police abuses. This has been a consist finding in public opinion polls for 40 or more years.

The residents of Ferguson and other cities with large African-American populations can give voice to their unfavorable views and do so in many instances when they are asked about their opinion.

The Ferguson incident just became the most recent. Go back, there were riots in Los Angeles in the aftermath of the Rodney King beating.  The underlying tension was decades old. It was simmering. Rodney King was just the impetus for the arrest. Following O.J. Simpson, it was readily apparent there was a schism in how white and black Americans view the criminal just system as a whole. These kinds of incidents are reflective of underlying sentiments that are decades old--continuing tensions and continuing distrust between the police and African-American community.

African-Americans generally live in poorer communities with more crime. With more crime comes a greater police presence. Police view residents of high-crime communities as troublemakers. In wanting to do their jobs, police are going to engage in more aggressive law enforcement tactics.

Those communities are more likely to be African-American majority communities. Crime is correlated with poverty. It’s more about class than race. But in the U.S., race and class are conflated. This kind of policing has led to instances of abuse against citizens-- being stopped where they think it’s unjustified. Police harassing young African-American men and profiling them—there are numerous instances of that being done.

When there is a misalignment between the color of the police and the community, it gives rise to the view of residents that the police don’t understand them or respect their culture. So you’re creating the tension by not having a sufficient representation of people of color in the police force.

Ferguson is an example. It’s not the only one. But when three of 53 police officers are black, that creates tension. We have it in Gary, in Detroit, and in El Paso, where police forces are overwhelmingly white. That’s creating tension just in and of itself. You won’t get rid of it entirely if the police department is all African-American. But that may have lessened tensions. Just that fact alone--residents might feel more trustful. What matters most in behavior is perceptions and attitudes. That’s what people respond to.