Geoffrey Baer answers your questions about Wicker Park buildings high and low, and Gage Park's pioneers, in this week's edition of Ask Geoffrey.

I recently visited Gage Park fieldhouse and saw its stunning mural in the auditorium. Whom do the figures represent? Who was the artist?
Nadia Gronkowski, West Beverly

The Gage Park fieldhouse is at Garfield Boulevard and Western Avenue in the Gage Park neighborhood. The mural in a recessed arch in the Fieldhouse auditorium is titled “Pioneers”.  It was painted by a Texas artist named Tom Lea.

The three figures on the bluff above the Mississippi River are believed to portray the French explorers Rene-Robert Cavalier de LaSalle, Jacques Marquette, and Louis Jolliet.  In the foreground stand other pioneer families who settled in young Illinois. Above these pioneers an angelic figure in the clouds points westward. She is rendered in grisaille, a technique that mimics sculpture by using shades of grey.

The auditorium mural was painted in 1931 by Tom Lea, who had moved to Chicago from El Paso in the 1920s to attend school at the Art Institute of Chicago. He apprenticed with the noted muralist John Warner Norton. During this apprenticeship, he painted the Gage Park mural in Norton’s studio on Clark Street, for which he was paid $1,400. Lea was a prolific artist who went on to paint many more murals across the country and also served as a war correspondent for Life magazine – he’s the artist behind the haunting World War II illustration for Life called “That 2000 Yard Stare”, among others. You can see more of his work at the Tom Lea Institute’s website.

Gage Park's mural was restored in 2001 during the early phase of what became a massive mural conservation effort across the Chicago Park District. Fifty-eight park murals dating as far back as 1904 were preserved. The viewer also asked if there was ever another mural on the other side of the auditorium – and according to the Park District, no, there never was a second auditorium mural, but, there is a second mural with a folkloric theme in an office that was once the arts and crafts room –check it out below!

Can you tell me about the early history of the Northwest Tower building in Wicker Park? How did it come to be the only skyscraper outside of the Loop?
Milan Stevanovich, Bloomingdale

The 14-story Art Deco style Northwest Tower building soars over the heart of Wicker Park at the intersection of Damen, Milwaukee and North Avenues. It was built in 1929 and was designed by the firm of Perkins, Chatten, & Hammond. The spire-like tower extends 190 feet above the street and was once topped with a revolving red, green, and white beacon visible for miles around. The first floor of the building was reserved for retail shops, and the offices above were rented to neighborhood doctors, dentists, and lawyers. Each office had water, electricity, gas and even compressed air for the dentists. And the triangular shape of the building meant every office had plenty of sunlight. Another amenity that was unusual for its time was interior fire escapes, so no unsightly steel fire escapes cluttered up its limestone and granite face.

The Northwest Tower got nicknamed the “Coyote Building” in the 1980s, when some artists imagined the stepped shape of the building topped with the bronze tower like a sitting coyote baying at the moon.

These days, big changes are afoot at the Coyote. It’s being converted into a boutique hotel by the Mexican hotelier Grupo Habita. The conversion also includes the neighboring Hollander Fireproof Storage building. According to the developers, the historic lobby will be completely restored, as will the original colors on the concrete spandrel panels below each window and the parapet. The hotel is slated to open in spring 2016.

I lease an art space in Wicker Park’s Flat Iron Arts Building. What can you tell me about the building’s design? What stood in its place before?
Ralonda McIntosh, Wicker Park

The Flat Iron Arts Building in Wicker Park was built in 1913, so it celebrated its 100th birthday just last year. Today, as our viewer mentions, it is home to a mix of small retail shops, restaurants, arts studios and arts organizations. The folks at Brainstorm Comics and Collaboraction allowed us to come in and film some of their spaces.

Before the turn of the 20th century, the corner of Milwaukee and North Avenues was the site of a home probably built in the 1850s by an early Chicago settler named Nathan Allen, according to neighborhood historian Elaine Coorens. But the triangle of land was otherwise mostly undeveloped when the Flat Iron building was commissioned by a Boston-based developer. The famed architects Holabird and Roche took on the commission, creating a three-story office and retail building smothered in terracotta ornamentation and checkerboard details at a construction cost of $250,000. Inside, small offices line the hallways on the upper floors which have pressed tin ceilings and skylights.

Like the Fine Arts Building, which is owned by the same people, the Flat Iron still has an antique elevator operating – a 1912 Otis Elevator Traction model.

It was hoped that the shape of the building – triangular and reminiscent of a clothes iron – would attract a department store anchor tenant, but that never came to pass. The famed sheet music publisher and instrument manufacturer Lyon & Healy did move into a section of the ground floor, and a pool hall and bowling alley once occupied part of the third floor. But for the most part, it’s been occupied by a mixture of small businesses, like the old Friar Grill diner. The 1994 movie Blink was filmed in Wicker Park – you can see the diner’s neon sign in this Flat Iron cameo from, can you believe it, 20 years ago?

In the mid-‘70s, artists began moving into what was by that time a rundown neighborhood, attracted by the large spaces with low rents, including those in the Flat Iron. The neighborhood has since gentrified, but the Flat Iron Arts Building continues to be a home to the arts in the heart of Wicker Park. 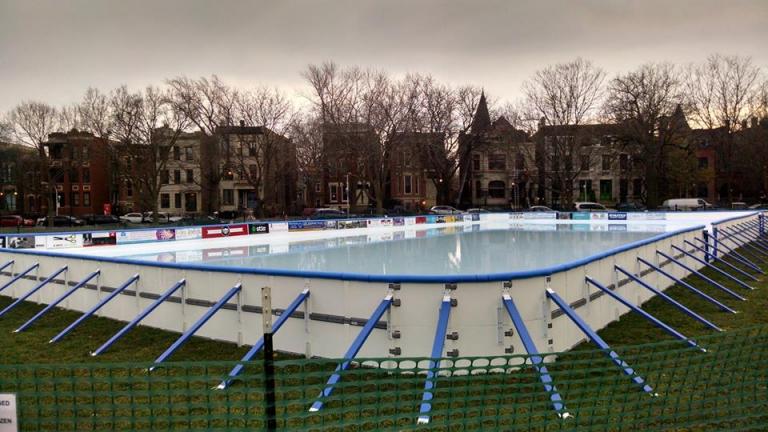 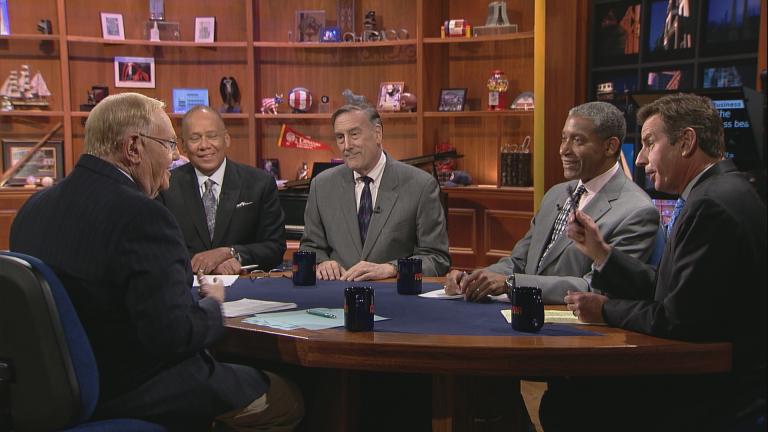 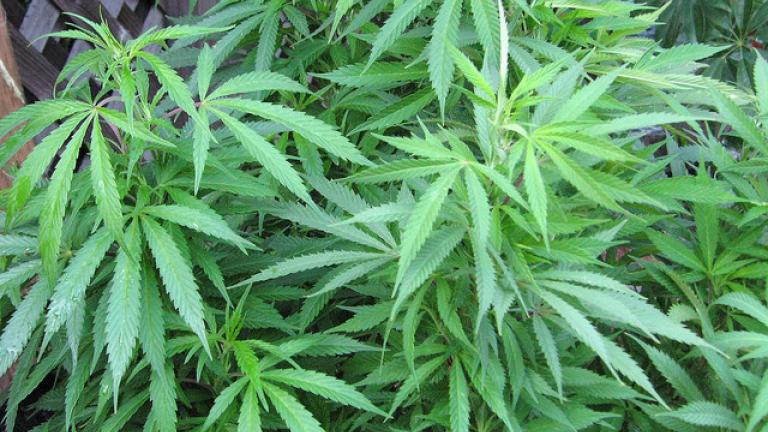 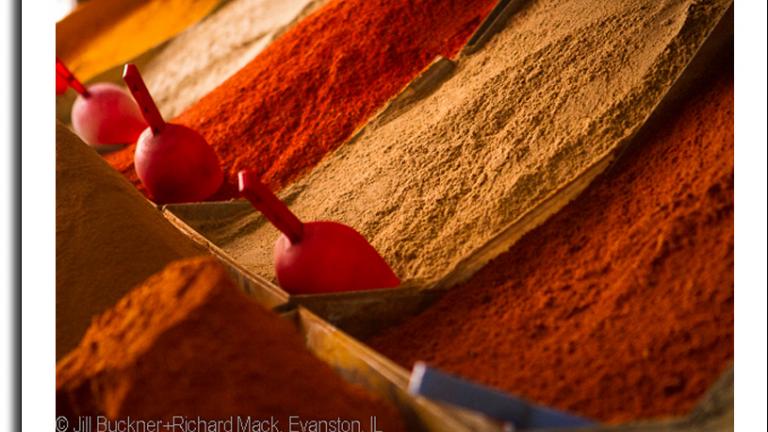