Chief meteorologist at WGN Tom Skilling co-authored an op-ed in the Chicago Tribune regarding climate change and the potential effects of inaction. We discuss the issue with him tonight. 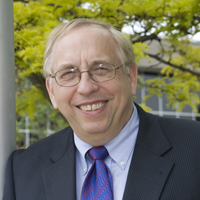 Read an interview with Donald J. Wuebbles, co-author of the op-ed and professor of atmospheric sciences at the University of Illinois at Urbana-Champaign.

Q: What is the scientific consensus on climate change?

Really there is no debate on whether climate change exists any longer. The debate is really more on what to do about it. We have debated about details, but if you look at the peer review literature, there’s no debate. It does exist.

Q: What is the evidence that proves the climate is changing?

Well, the increase in carbon dioxide, the increases in methane and other gases, the greenhouse effects, and other basic understanding of how climate works proves this. There are trends we’re seeing in temperature, not just annual year-to-year fluctuations, but long-term trends and not just in temperatures but in precipitation, too. There are all kinds of things we can point to as evidence, and they all come together. That and the amount of human activity is driving changes in our climate system

Q: Are human activities or natural variations in climate responsible for the climate change we’re experiencing?

It depends on time scale. For the last 50 to 60 years, the amount of changes we’ve seen, close to 100 percent of [the] change [is] due to human activity. This is from activities like burning of fossil fuels, land use of rainforest, etc.

Q: What role does the sun’s energy play in climate change?

If you look over past 50 to 60 years, measurements by satellites tell us that the sun has actually decreased in output. The sun is very important to us, but it’s not the sun that’s impacting our climate change. Every 100,000 years we expect an ice age, but that’s impacted by the Earth’s path. The sun itself cannot explain the changes we’ve seen in the past years.

Q: Globally, June was the hottest month on record. What does this mean?

Global temperatures were higher for the many thousands of temperatures we recorded every day. June was the warmest we had on record going back to at least the 1900s. That doesn’t mean it was warmer everywhere. In fact, in the eastern half of the United States it was fairly cool month. But generally warmer for the rest of the world.

Q: You wrote changing weather patterns can offer short-term benefits for the Midwest? What are they?

It’s good news for growing. Growing season can increase because of more rainfall. You should expect probably double the amount of crops. Crops should largely benefit.

Q: What are the negative effects of changing weather patterns?

You know, I’m often asked why scientists only focus on the negative aspects? If you look at both human society and ecosystems, they’ve both adapted to changes in the climate when the changes are little. The changes we’re seeing now are occurring 10 times faster. A rapid change makes it difficult for both ecosystems and human societies to adapt to it.

View a slideshow of photographs by Nick Ulivieri capturing some of the extreme weather Chicago has experienced this summer.