Scientists are forecasting that El Niño – a weather pattern that brings warmer than average temperatures to the U.S. – will likely develop later this year. We discuss what El Niño means for Chicago’s upcoming seasons with Paul Sirvatka, professor of meteorology at the College of DuPage.

Read an interview with Victor Gensini, atmospheric scientist and assistant professor of meteorology at the College of DuPage. 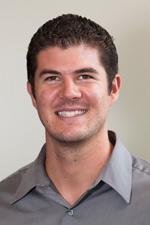 What is El Niño?

El Niño is a periodic warming of the sea-surface temperatures off the coast of Peru and Ecuador in South America. Waters extending from this region into the central portions of the Pacific will exhibit temperature anomalies greater than 1 degree Fahrenheit.

How likely is it that El Niño will occur?

From all signals I am seeing, I would estimate that an El Niño event is 75 percent likely at this time for this upcoming fall/winter.

When was the last one?

What would it mean for Chicago?

Where did El Niño get its name?

El Niño got its name from the Peruvian fishing industry. Fishermen in Peru were always the first to know that an El Niño was developing because of the reversal in the upwelling currents of nutrient-rich water that the industry relied on to catch fish. Since this signal is typically strongest in the Northern Hemisphere winter (around Christmas time), the local people named the phenomenon El Niño after "The Christ Child."

How are El Niño and global warming related?

It is likely that a mean global temperature increase would influence El Niño’s periodicity and strength. Some models indicate that El Niños are likely to occur with the same frequency, but with greater intensity. Since El Niño events play such a large role in global weather patterns, it is vital we play close attention to this developing situation. Also, It is important to realize that our sample size is limited, so this event will add to our database of observations and strengthen our future forecasts.