An innovative training program in suburban Chicago helps individuals with developmental disabilities enter the workforce. We visit Aspire of Illinois to get a firsthand look at its Career Link program.

Read an interview with an Aspire candidate's mother, Juliet Delatorre, about how the program has changed her son's life. 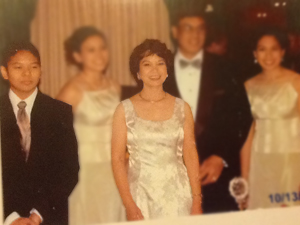 Can you describe your son’s disability?

Steven was actually born normal. When he was 3 years old, he was diagnosed with leukemia after he was sick for three weeks. His hemoglobin was very low and his white blood cell count was very high. At that point, our doctor sent us to Children’s Hospital. After that, he started chemotherapy. Treatment for boys is longer than girls, so he did three years total of treatment and now we just do maintenance. Beyond that, when he was in school, he was very overprotected. For example, he never had chicken pox so we made sure he didn’t catch it because it can lead to very bad complications. Also, the chemotherapy has been harsh on his brain because he wasn’t really doing well at school. So he was put in special education class. Even in high school, he was in special training. He later went on to the College of DuPage but didn’t finish.

What changes have you seen in your son since joining the program?

Overall, he’s much better. He has more responsibility. He’s normally shy and soft-spoken, but he has many friends now and talks a lot. That really helped, and we’re satisfied with the way the program has helped. There’s definitely a change.

What things did you think he benefited from the most from the training?

I think the exposure he’s getting has really helped him. Because he has to work with other people, he’s learning to become more social. It teaches him how to deal with people. Other places say they will offer help but they never do, so we needed something to help. Meeting friends has really helped.

How does your son enjoy interning at OfficeMax?

He hasn’t said anything, but he never complains, and it seems he enjoys being there. It’s a little far but he seems to like it. They said he’s good at the computer. I’m just really satisfied with how Aspire trains them. He got to talk to the supervisors and higher-ups, and he was never like that before. He’s so much more social and outgoing.

What do you think your family would have done for your son if it wasn’t for Aspire?

I don’t know. I tried my best to help but nothing seemed to work. We looked for many jobs around the area. [Steven] had been applying to jobs at grocery stores and shopping centers but nothing came of it. We are not young anymore, so if something happens to us, what will happen to him? He has to have income so this was really important to our family. It really makes a difference. I think it’s the start to him being more responsible and more comfortable with other people.