As we race closer to the November election, one item that’s being pushed to be on the ballot is legislative term limits. Joining us to discuss the pros and cons of term limits and how they work are Director of the Institute of Government and Public Affairs Chris Mooney and UIC Political Science Professor Dick Simpson.

Read an interview with Karl Kurtz, Director of the National Conference of State Legislatures (NCSL) Trust for Representative Democracy. 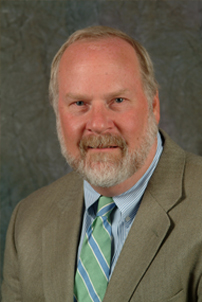 How did you conduct your study on term limits?

We did a national study on the impact of term limits by several means including a national survey. We then compared the attitudes and opinions of legislatures among those with and without term limits. We studied nine states intensively. Six were term-limited states (Colorado, Arizona, California, Maine, Ohio, and Arkansas) and three were without limits (Illinois, Indiana and Kansas).

What major differences did you find between legislatures with and without term limits?

Well, what we didn’t find was significant differences in the kind of people that got elected. For example, there wasn’t a significant difference in minority legislators elected, except in states where there had been a significant increase in the minority communities. So, in that case, it was more due to demographic change instead of term limits. The most important finding was that governors in states that saw term limits for state legislatures increased their legislative powers relative to before the limits were proposed.

How has this change in power impacted those local governments with term limits?

This impacted a number of other things as well. The obvious impact was a reduction in the level of experience for legislators. This caused more chaos in politics and led to a less tightly managed government. We also found that term-limited legislators tend to pay less attention to constituents’ opinions than those without limits. The reason is that term-limited politicians get less competition because as soon as you get a seat, the opponent would just wait for an open seat rather than challenging the incumbent.

If Illinois were to adopt term limits, how would it change the state’s politics?

The big thing is you’re likely to see the governor strengthen his power of legislature. You’re certainly going to have much less-experienced legislators as well. Many will be less knowledgeable about issues. As I said earlier, the likelihood legislators will be less concerned about constituents will increase. Overall, it would weaken the legislature. But I’m coming from a place that believes in strong legislature. I may be biased. There are probably others who would say weakening the legislature is a good thing. I don’t believe in that.