Rocks on Mars, a sleeping spacecraft, and how science can affect this year’s Super Bowl; Rabiah Mayas, Director of Science and Integrated Strategies at the Museum of Science and Industry, joins us with the latest top science news.

Read more about all the science stories below. 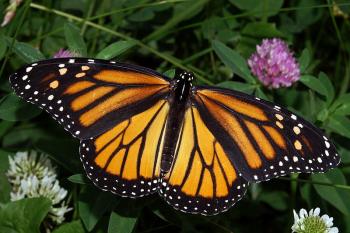 Monarchs on the Decline

The annual winter migration to Mexico of the beautiful orange and black monarch butterflies is in danger of vanishing after numbers have dropped to their lowest level ever since 1993.

Experts say this may be due to the illegal logging of trees the butterflies use for shelter, extreme weather conditions and the lack of the milkweed that they feed off of.

The butterflies are not in danger of being extinct, but their migration population has been on a steady decline. And because they clump together by the thousands, they are counted by the area of forest they cover. According to the World Wildlife Fund, in previous years the species have covered as much as 45 acres of the forest in Michoacan where they migrate to each year. This year, they covered 1.6 acres, the smallest yet.

The director of the World Wildlife Fund’s Mexico office Omar Vidal says he wants North American leaders to agree on a plan to protect the monarch’s migration because it’s symbolic to uniting Canada, the United States and Mexico. Read more about the butterfly migration and watch this video of a migration below: 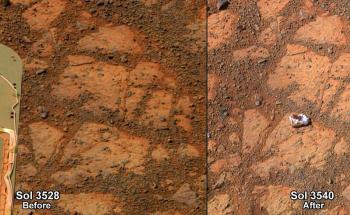 Rocking Out on Mars

A mystery rock was spotted on Mars by NASA’s Opportunity rover, looking somewhat like a jelly donut.

The rock came into radar on January 8 in a location, where just 13 days prior there was nothing. “Pinnacle Island”, as the rock is being referred to, is white on the outside and red in the middle; and high in sulfur and magnesium.

Experts have two different theories about how the rock may have appeared. An impact may have flung the piece in Opportunity’s pathway, or one of Opportunity’s wheels flicked it from the ground. Whichever it may be, the rover’s lead scientist described it as something they’ve never seen before.

Opportunity is approaching its 10-year anniversary on Mars. In its first year of arriving, it found what scientists named “blueberries” for their size and round shape. Now Opportunity is joined by another rover, Curiosity, whose discoveries led NASA to believe for the first time that there could have been life on earth. Read more about Mars’ mystery rock. 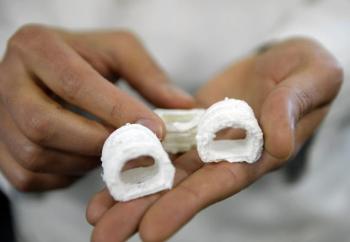 Patients suffering from respiratory-related illnesses may be able to breathe a little easier.

Doctors at St. Luke’s and Roosevelt Hospitals created a tool that could revolutionize the practice. Using a 3D printer, the doctors were able to print a silicone trachea. When implanted into the body, the device serves as a connecter to the pharynx and lungs and allows the passage of air.

The artificial organ is expected to be implanted, grow with the patient’s body, and never need replacement.

This transplant could prove to be a breakthrough in medical science, considering most reported windpipe transplants have been unsuccessful with many of the patients dying soon after the surgery. Normal tracheotomy involves inserting a breathing tube, but this leaves the patients unable to talk and runs a high risk of infection.

This is a first step in a constantly evolving plan to create organs that wouldn’t need replacing. The goal is to achieve this through stem cell research instead of silicone. The scientists have seen some success in early tests. Doctors used this technology in repairing the windpipe of a pig using a membrane from stem cells. Learn more about the research. 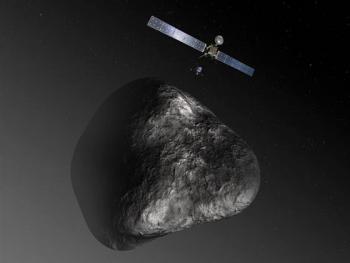 The European Space Agency lit up with joy moments after their space probe woke up. Rosetta spacecraft, a comet-exploring satellite, came out of a two-year hibernation to say (or rather transmit a signal that read), “Hello, world!” to the scientists at the station.

The spacecraft emerged from hibernation by switching on its heaters to warm itself after a long and cold voyage through space 418 million miles from the sun. The spacecraft’s mission is to cover a 10-year voyage across the solar system to explore comets.

The process in resuming to its normal state after the deep sleep took several hours. Upon waking, it took 18 minutes to receive the aforementioned transmitted message. The solar-powered spacecraft was sent out into space in 2011 and sailed across space over 500 million miles from Earth. Unfortunately, there wasn’t enough sunlight at that distance to power it. Its wakeup proves that further space travel is attainable.

Once Rosetta makes contact with its target comet’s orbit, it will release a probe that will record the comet’s trip. The entire voyage will be risky, scientists say, but will open the door to further space explorations. Learn more about the Rosetta spacecraft.

~Josclynn Brandon and Taurean Small contributed to this report.

We'd like to hear your thoughts about the stories we cover. Please complete a brief survey here and enter for a chance to win an iPod Nano loaded with music from WTTW's sister station, 98.7 WFMT.