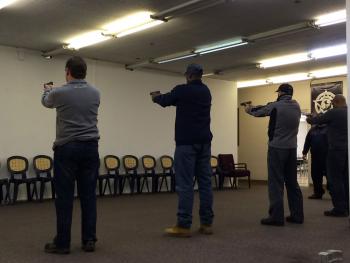 The City of Chicago says it's still working on options to better regulate the sale of firearms within the city, after a judge declared Monday the city's current law is unconstitutional.

The city issued a statement that reads in part: "Every year Chicago Police recover more illegal guns than officers in any city in the country, a factor of lax federal laws as well as lax laws in Illinois and surrounding states related to straw purchasing and the transfer of guns. We need stronger gun safety laws, not increased access to firearms within the city."

Meanwhile, there will be more legal gun-carrying residents in the city of Chicago, now that the state's concealed carry law is in effect.

We have more on how gun owners are preparing to apply.

For these gun owners, it’s day two of the required firearms training needed for them to receive their concealed carry license.

“One of the things I think is most informative is being pulled over by a policeman. If I get my concealed carry license and I'm carrying, what I should do first if I’m pulled over is let the officer know immediately,” said 60-year-old Percy Lovett. 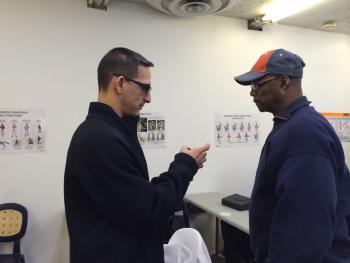 Lovett says he was a weapons expert during his days in the Marines. Since then, he's been waiting for the state to pass this law.

“About two to three years ago, in East Rogers Park, they had groups of young teenagers or young adults preying on elderly people,” said Lovett. “I'm about to get into that age range myself, and I want to be able to protect myself and my family without being a victim.”

His classmate at Fidelity Investigative Training Academy on the northwest side is here for the same reason.

“I don't live in the safest neighborhood. I do need to protect my family. Also, because I start work a little early, I have to wake up and walk down a dark street at 2:00 in the morning, so I wanted something to protect myself,” said Raymond Soler.

The classes include lessons on firearms, safety and the specifics of the law.

Andre Queen owns, operates and instructs at Fidelity. His instructors are among 2,100 certified by the state.

“Up to now, I think we’ve really been getting the type of student that has been watching and waiting for concealed carry, so once our instructors were certified by the state, we actually started doing this training,” said Queen. “A couple of months ago all through now, we've been getting the more savvy firearm owner. I think going forward as more and more people become aware of this as an option for them and they want to be able to do this, we’re going to see a lot more people that are really learning from the ground up.”

Queen says the calls from interested gun owners who have questions about the law have been nonstop. 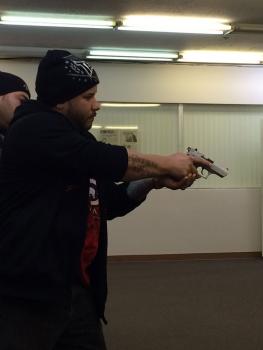 Firearms training is only one requirement of the license. They have the option of having their fingerprint scanned to speed up the process.

Queen brought in both a fingerprint technician and set up a computer at his academy for students to start their applications, aiming to make it a one-stop shop.

“There are a lot of individual moving pieces and parts to the whole concealed carry law: taking the classes, doing the online portion, getting an Illinois digital ID, getting the fingerprints done,” said Queen. “We’re just trying to make it easier for people by bringing all the components here.”

Those multiple requirements are one of the complaints some students have about the law.

“Sixteen hours is just too much, and a lot of sitting in class,” said Soler. “When it’s eight hours here and eight hours there, it’s slow.”

“There is a very significant disparity in terms of how much it’s costing people,” said Queen. “And it is a lot pricier than we'd like to have seen it.”

Gun control advocates aren't so sympathetic to those concerns, pointing out that it takes longer to learn how to drive a car adequately.

Either way, it doesn't appear the cost is slowing down applications.  Law enforcement predicted tens of thousands of applicants on day one, and they've gotten them, with more than 11,000 applicants already.

Because law enforcement has 30 days to object to any concealed carry applicant, and the state has up to 120 days to issue or deny the license, we won't see many licenses for a few more months; though certified instructors who participated in the online beta-testing program could receive licenses late this month. 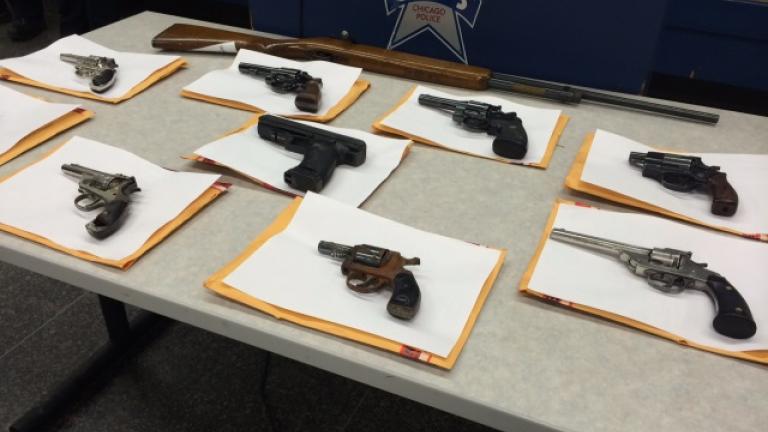