In this edition of Ask Geoffrey, Geoffrey Baer brings us up to speed on the wildly popular railroad fairs of the late 1940s, where rail enthusiasts flocked to Chicago’s lakefront to see vintage and modern locomotives in action. He also tackles Chicago's "hobo college" and answers the question, who is Reverdy Ransom?

What can you tell us about Chicago’s “hobo college”? 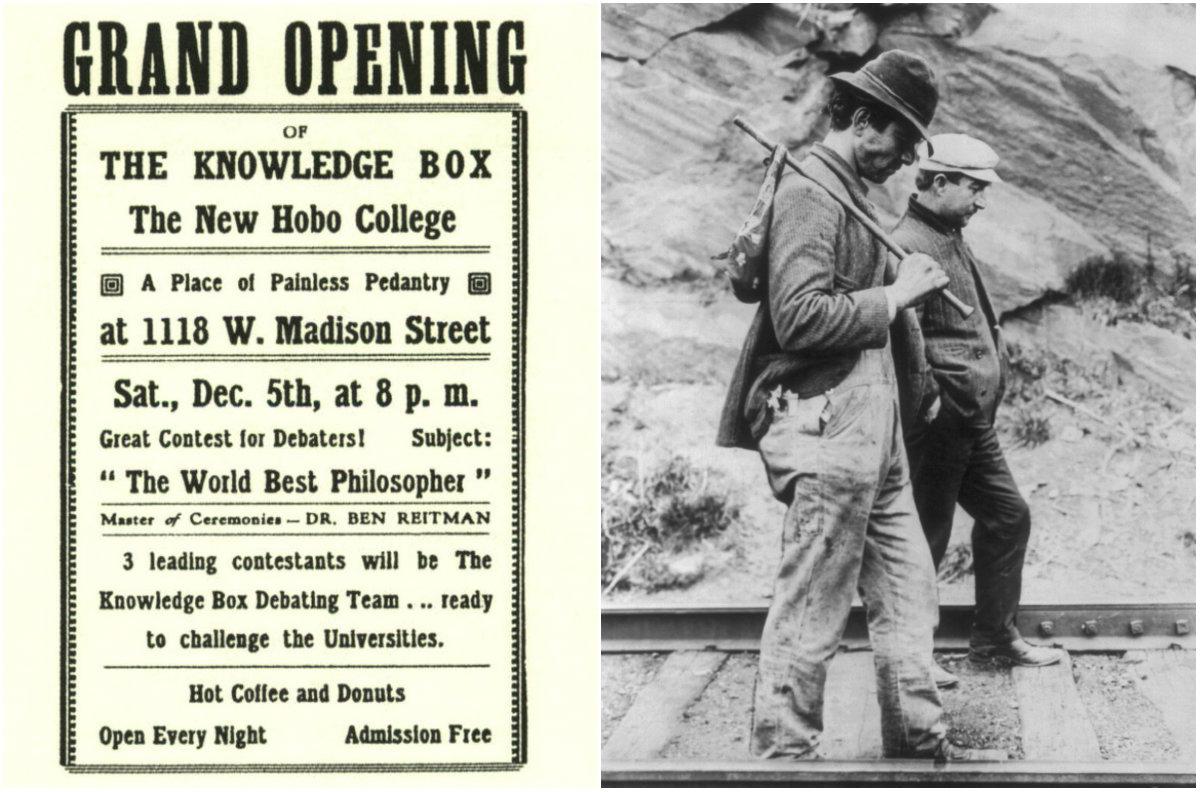 The so-called “Hobo College” in Chicago opened in 1908 and lasted nearly 30 years. It moved almost every year but was always located in and around the West Madison Street “skid row” district.

Hobos were homeless people, usually men. One hobo said they considered themselves “the elite of society’s basement.” An old-fashioned definition (and certainly one that we would not use anymore) said that a hobo wanted to work, a tramp didn’t want to work and a bum couldn’t work. Today we would call hobos migratory workers. They typically hopped freight cars to find work on farms and logging camps. During the winter, they hunkered down in big cities and since Chicago was the rail capital of the country, it was the epicenter of so-called “hobohemia.”

One particularly notable hobo was Harvard-educated doctor James Eads How, called the “Millionaire Hobo.” He financed hobo colleges around the country. The best known one was in Chicago, and it was run by doctor, Ben Reitman. Reitman cajoled professors to volunteer their time teaching there with a goal of educating hobos so they could get permanent jobs, or at least better interact with the hostile mainstream world. 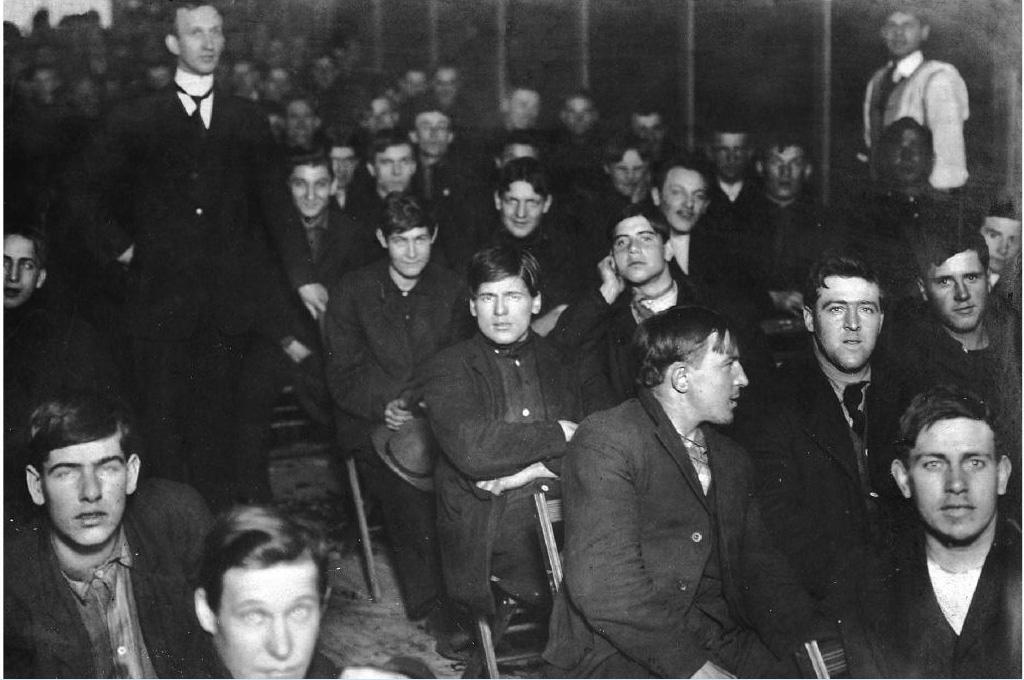 The curriculum included lectures on philosophy and politics, and practical matters like personal hygiene, vagrancy laws and job interviewing skills. Classrooms were filled with ramshackle furniture, discarded library books, and a file of clippings the hobos called “Encyclopedia Hobocannia”, including articles like “How to Live Without Eating” and “Geography”, which outlined the best towns for hobos to visit. There were also amateur theatricals and other extra-curricular activities. The hobo college debate team even beat the University of Chicago in 1923!

Hobos who completed classes were given a diploma declaring they would “help build a world without unemployment, poverty, wars, prostitution, ignorance, and injustice and abstain from habits that undermine their health and better nature.”

In addition to teaching at the Hobo College, Dr. Reitman and his partner, fellow anarchist Emma Goldman, spoke out on women’s issues including birth control. Reitman gave medical care to prostitutes including performing illegal abortions. He was imprisoned for six months in 1917 for giving a speech advocating contraception.

I am trying to locate a photo of the outspoken Rev. Reverdy C. Ransom in the pulpit with some pistols. He carried them for his protection. 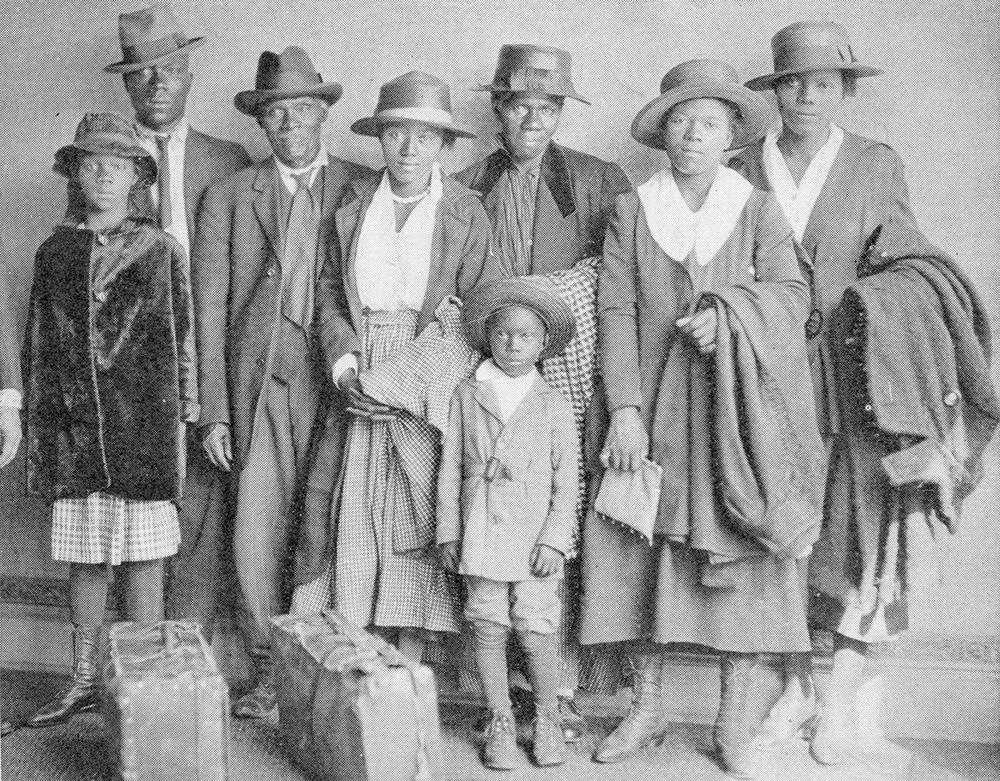 We did not find the picture, but Reverdy C. Ransom is well worth telling you about. He was certainly not an easy man to intimidate! Early in his career in Pittsburgh he brandished a gun to protect his small mission from racist attacks. He said the attacks promptly stopped once he started carrying.

In 1896 he established the Institutional AME Church on the South Side at 39th and Dearborn. At the time, tens of thousands of poor African Americans were flooding into Chicago from the Deep South in the Great Migration and his church provided desperately needed social services to them. 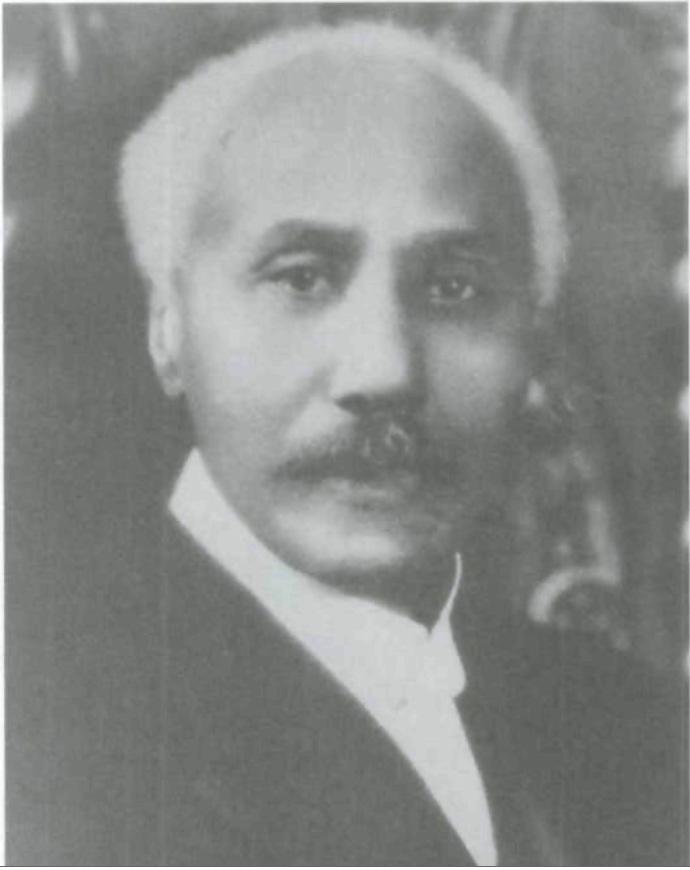 Reverdy Ransom Ransom also launched a campaign against “policy” rackets in Chicago. Policy was an illegal numbers game played primarily by African Americans and run by black racketeers. Rev. Ransom complained, "Even the church members were using my Sunday texts as guides for selecting numbers to play during the week."

Ransom’s church was bombed after he conducted his own investigation of the policy racket and threatened to “out” the prominent members of the black community where were actually running the racket, but Ransom continued his campaign. He later wrote, “I delivered my sermons with a loaded revolver always within easy reach.”

Ransom went on to become a national figure. He joined with W.E.B. DuBois in a precursor to the NAACP called the Niagara Movement. Niagara members opposed Booker T. Washington’s position of accepting segregation in exchange for educational and social opportunities. In a famous speech Ransom said the African American race “does not believe in bartering its manhood for the sake of gain.”

Is the 1950 Chicago Fair symbol, the Spiramid, still in existence? I am sure I have seen it while driving in Chicago, possibly along Lake Shore Drive. 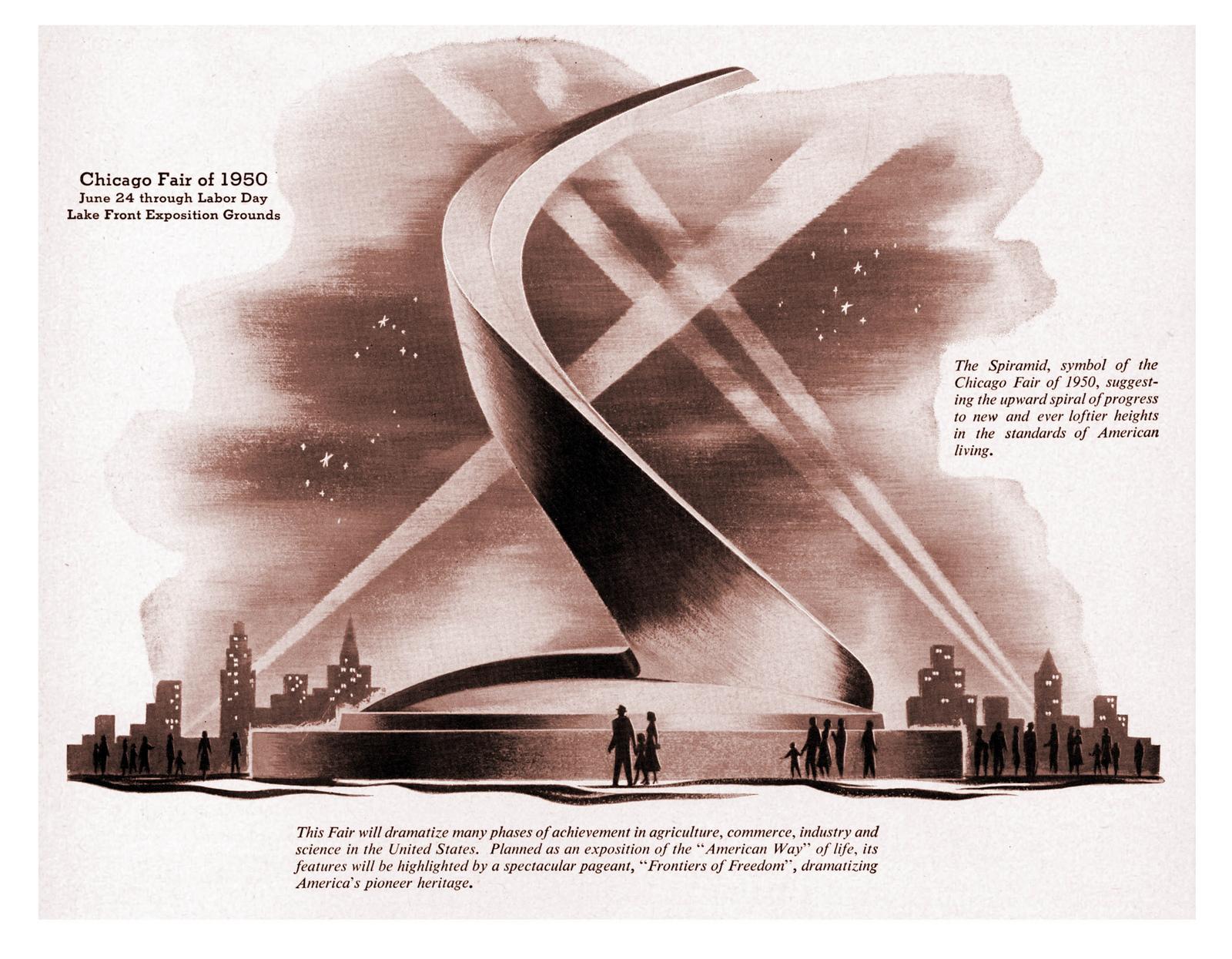 The “Spiramid” was a sort of sculpture at the entrance to the 1950 Chicago Fair, the last in a series of Fairs that were held on the Lakefront where McCormick Place stands today. The Spiramid was used as a logo for the Fair. Chicago Cultural Historian Tim Samuelson says sculptures and pavilions built for fairs of this sort were generally temporary, so it was most likely dismantled when the fair closed. It’s definitely no longer standing on the Lakefront.

Another viewer also wrote to ask about these lakefront fairs. She talks about Wild West shows and climbing on locomotives. The history of fairs on that site begins with the World’s Fair of 1933 called a Century of Progress. It was a futuristic spectacle celebrating Chicago’s hundredth birthday. The fair was such a huge hit that it re-opened for a second year in 1934 at the urging of FDR himself who hoped it might help spark an economic recovery during the Great Depression. 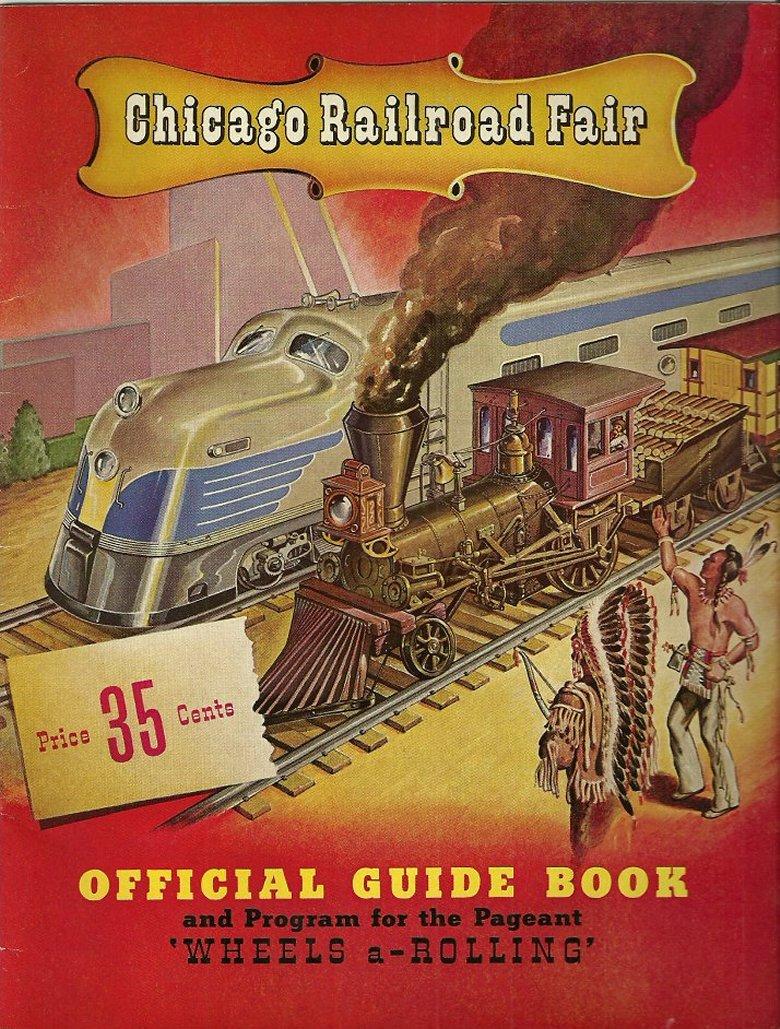 In the late 1940s, the city again used the site as a fairground for several wildly successful railroad fairs. This was the heyday of railroads and Chicago was America’s rail capital (remember the hobo college story!). The railroads displayed their most modern engines and trains, as well as vintage locomotives.

There were other attractions as well like the Wild West shows our viewer remembered. The Chicago Fair of 1950 was an attempt to continue the tradition.

The Spiramid was supposed to symbolize “the upward spiral of progress to new and even loftier heights in the standards of American living.” By 1950, however, interest in the Fairs was petering out, and the railroads didn’t participate.

Nonetheless, the railroad fairs had been such a hit that political and business leaders wanted to build a permanent fair and exposition center on the site. The plan’s biggest booster was Col. Robert McCormick, editor and publisher of the Chicago Tribune. In 1960, after years of political battles and Tribune editorials a massive convention center was erected. It was named for McCormick who had died five years earlier.