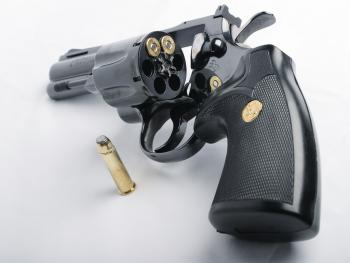 Beginning in 2014, legal gun owners will be allowed to carry weapons with them in the state of Illinois. That means a host of changes not only for businesses and property owners but also for law enforcement officers unaccustomed to everyday people carrying weapons.

A training video from the Illinois Law Enforcement Training & Standards Board (ILETSB) will help the 40,000 law enforcement officers around the state prepare for Illinois’ new concealed carry law.

“So much focus has been on people, how they get the guns, carrying them, the training. What has been lost somewhat in the shuffle is the law enforcement officer on the street and making sure they're aware of what they're walking into, and this will get us there,” said Cook County Sheriff Tom Dart.

Dart says the video will provide officers with realistic, concealed carry scenarios that they may face when licenses go into effect in April. Dart says a normal traffic stop can be one of the most dangerous of those scenarios -- but there are others.

“Officers routinely stop people on the street for questioning, for criminal activity going on in the area. Those people now are in many different scenarios, whereas before, if you had a gun, you were violating the law. So anybody who had a gun, we immediately went into a certain mindset. Now there's going to be a lot of people who are legally going to be walking around with guns, so we have to change,” said Dart.

The sheriff is working with the training board to develop the curriculum for the state's 1,100 law enforcement agencies. But he says the biggest change will be the officers’ way of thinking.

“It’s going to be tricky. There’s no two ways about it. This is going to be a sea change for law enforcement from around the state because there are certain assumptions you’ve always operated with that literally if you weren’t a member of law enforcement and you had a gun, you had it illegally,” said Dart. “Now, you have to throw all that out the window and look at things in a whole different way.”

“We want to stress that these could be law-abiding citizens that are now carrying these weapons, and that the initial reaction of the police officer must be a little bit more savvy in approaching someone, so that the public itself is treated with respect,” said ITELSB Executive Director Kevin McClain.

Under the new law, most government buildings and schools will still not allow concealed weapons to be carried on the premises, but that's not the case for private buildings or businesses. 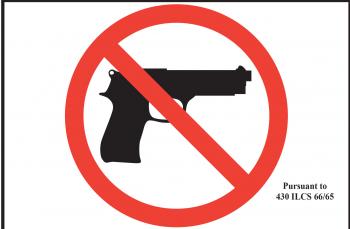 Friedman says the law means those property owners will first have to decide whether to allow concealed carry -- and if not, they'll have to post the state police-approved signage at entrances. But Friedman says the law still leaves questions, like how would signage be posted for open spaces like park district? And what if businesses -- a country or city club, for example -- don't want to post signage?

“And it’s ambiguous on all respects of the consequences of not having signage. It doesn't say that without signage concealed carry is allowed, so it's unclear and we’re just going to have to see some of the regulations that are going to come out,” said Friedman.

And unlike most other states, Illinois sets no limits on liability.

“God forbid, there’s an incident where an employee or anybody comes into a facility that allows concealed carry, or doesn't prohibit it, and takes action with that gun,” said Friedman. “There inevitably will be a claim that the employer who had the opportunity to prohibit concealed carry but didn't is somehow responsible for that act of violence.”

Friedman says it's more likely that any future changes to the law will come from state regulations and the courts, instead of amendments from lawmakers.

The law becomes effective at the start of the new year, and the state expects tens of thousands of concealed carry applications to be filed in the first six months.