During her first visit to Mount St. Scholastica monastery, journalist Judy Valente was struck by an image on a window and the message accompanying it: "Omni tempore silentio debet studere" -- "At all times, cultivate silence.” The words compelled her to reflect on her fast-paced lifestyle and mode of thought. She returned again and again to the monastery seeking the wisdom of its Benedictine Sisters. In her new book, Atchison Blue: A Search for Silence, a Spiritual Home and a Living Faith, Valente describes what she learned from the monastic life. Read an excerpt below.

Anthony and Joseph
One day some monks came to see Anthony of Egypt,
the most renowned hermit of his day. With them was
Abbot Joseph. Anthony chose a text from Scripture
and beginning with the youngest monk, asked each
one what it meant. Each gave his opinion as he was
able. But to each one, the revered teacher said, “You
have not understood it.” Last of all, he said to Abbot
Joseph, “How do you explain this saying?” The abbot
replied, “I do not know.” Then Anthony said, “Indeed
Abbot Joseph has found the way. For he has said, ‘I
do not know.’”

—Wisdom Story
taken from The Sayings of the Desert Fathers and Mothers
as told by Sister Lillian Harrington, “Pilgrim Minister” 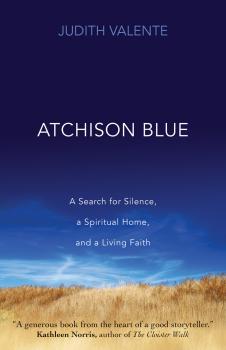 The glassmaker’s art begins in simplicity. It requires only a few elemental ingredients. The artist grinds sand, soda, and lime  into a fine powder. That marks the first transformation. When immersed in the crucible of fire, these three elements convert  to liquid. Brushed by air, a wholly new substance emerges. Infused with color, it becomes a prism for light.
In 1947, a German-born glassmaker named Emil Frei traveled to Atchison, Kansas. He had received a commission  to create a new set of stained glass windows to rise above the main chapel at Mount St. Scholastica Monastery. Frei chose a background color that merged several shades of blue. What he could not know then was that a secondary alchemy would transform his windows over time. The harsh sunlight and fierce winds of the Kansas prairie bleached the stained glass into a new color, one that today reflects a blend of sun, sky, sea, and stone. It is a distinctive gray-blue that exists nowhere else. It has come to be called “Atchison blue.”
To this day, pilgrims still pray beneath the unerring gaze of Frei’s blue windows. They travel to this Benedictine monastery in the heart of America’s heartland, desiring transformation. Some hope to deepen an already solid faith. Some crave a temporary respite from cell phones, Facebook, Twitter, and the other white noise of the world beyond. Still others hope to repair a broken spiritual life. I have been one of those seekers.
My journey with the Mount sisters began in an oak stall in the choir chapel awash in Atchison blue. I’d come with my husband, Charles Reynard, to lead a retreat for busy professionals like ourselves seeking to slow down, find balance, and tap into the sacred. For several weekends in a row, we had dashed from city to city, speaking to various groups and working all the while at our weekday jobs—I as a religion news correspondent for PBS-TV, he as an Illinois Circuit Court judge. The morning we were to give our presentation at the Mount, I sat alone in the chapel. I wondered how I was going to speak to a retreat group later that day about nourishing the soul when I hadn’t fed my own soul a decent meal in weeks.
Sunlight beamed through the stained glass, throwing patches of blue on the chapel’s walls and ceiling. Silence saturated the room. I peered at the image on the window above me: St. Benedict standing with outstretched arms. Some words were written in Latin: Omni tempore silentio debent studere. “At all times, cultivate silence.”
The paradox I had been living stared me in the face. For months, I had been talking, talking, talking, driving myself to exhaustion trying to help others live a more contemplative life. What I lacked in my own life were moments of stillness and silence when I simply could listen and be. Without them, I was losing drop by drop the inner reserves I needed to do my work and cultivate an interior life. In the silence of the chapel, I did something totally out of character. I wept.
I left the Mount after that first visit feeling as if something nameless had shifted inside me. I kept thinking about that moment in the chapel, the sisters I had encountered, the
stories they had told. One of the first sisters I met there was ninety-year-old Sister Lillian Harrington. Something she said stayed with me. In the course of our many conversations, she often joked about her advanced age. I shared with her my own fear of growing old and dying, and I asked her if she ever  thinks about death. She looked at me quizzically, then drilled her pale blue eyes into mine. “I don’t think about dying,” she said. “I think about living.” 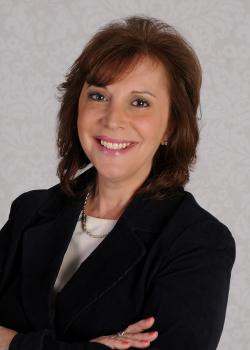 Living mindfully, looking beyond the obvious. I wondered if I’d arrive at my deathbed without having done either. The sisters, by contrast, seemed sure of purpose. They infused ordinary acts, such as waking, gardening, and even eating, with meaning. I sensed that monastic life had something to teach me, something I couldn’t find in the self-help books lining the shelves of Barnes & Noble, assuring married, professional women like me that we could have it all. I had often returned to the writings of the Desert Fathers and Mothers, ancient Abbas and Ammas who retreated to barren settings to seek God and wisdom. But their words lacked living color. Here at
the Mount were 145 modern-day Ammas, alive and well and living on the Great Plains. And yet, it wasn’t as if the sisters had suddenly presented me with a neatly wrapped gift box of answers. Rather, they seemed to draw out the inner questions I had silenced.
I soon began spending an average of a week a month at the Mount. My husband joined me on weekends whenever he could. My visits to the monastery coincided with a pivotal time, both personally and professionally. It was only my second year of marriage. Although I cannot imagine a truer soulmate than my husband, I struggled as a second wife thrust into a blended family that included two adult stepdaughters who were none too happy about our marriage. I quickly discovered that the skills that served me so well as a journalist—a genuine interest in others, a can-do attitude, and a dogged determination to “get things right”—counted for little in my new role. I often joked to friends that I had become a wife, a mother, and eventually a grandmother—what takes most women a lifetime to achieve—all in the space of six months. I laughed to cover the loneliness I felt at being the outside link in my new family unit, the person who got everything wrong.
Even as I struggled to solve the divisions within my family, I felt increasingly disconnected from my church. In the public arena, so-called Christians divided the world between insiders and outcasts. Like many Catholics, I despaired over the clergy sex abuse scandal as well as the increasingly politicized statements made by our bishops—pronouncements that seemed geared at pointing to the splinters in everyone else’s eyes but their own. With few exceptions, poor preaching poured from the pulpits. “The hungry sheep look up and are not fed,” John Milton wrote of the Church of the seventeenth century. His observation seemed sadly accurate today. I felt myself slipping
further from the faith that had been so integral to my life.
At the Mount, my husband and I experienced the vital, compassionate Church of the gospels, not a tired, passionless, and scandal-smeared bureaucracy. The sisters did as St. Francis purportedly advised: “Preach the gospel always. Use words if necessary.” I once asked a retired abbot why he visited the Mount so often. He told me he found light there. “Without it,” he said, “I’d be bouncing from wall to wall in a room called life, looking for the light switch.”
This is the story of my journey with the Mount sisters— both the physical journeys that took me from my home in central Illinois to Atchison and the interior journey that rose and shifted within me, sometimes imperceptibly, sometimes with gale-force winds. It is a story that includes not only the sisters but also the constellation of characters that orbit a place like the Mount: the monks in the abbey down the road, the laypeople who work there, and the visitors who add their grace notes to a monastery’s rhythm of life.
My early visits were mostly a time of listening and observing. Eventually, in the quiet of the monastery, I began to sense a movement of the heart, to use a favorite phrase of St. Bernard of Clairvaux. I came face-to-face with my worst demons: a quick temper; a propensity to work too hard; a tendency to be judgmental, petty, and insecure. I wrestled too with how to strike a balance between the writing work I so much loved and my desire to live a more contemplative life. And I would finally confront my long-standing fear of death, learning through the sisters to reconcile the fact of death with a love for life.
Ultimately, I would arrive at a deeper understanding of the necessities of prayer, contemplation, and silence. I would rebuild my faith within a Church that seemed increasingly withdrawn from the day-to-day realities of life. And I would grasp the meaning of two words that came to define my struggle for deep personal change: conversatio morum, what the Benedictines call conversion of life. Conversatio is like the slow, steady process that transformed the choir chapel windows into their exceptional blue color.
My sojourns at the Mount taught me something else, too. A monastery is like a mirror we hold up to the soul. It reflects back to us our weaknesses, struggles, flaws. But by looking deeply into that mirror, we can come face-to-face with an answer.
Excerpt from Atchison Blue: A Search for Silence, a Spiritual Home and a Living Faith by Judy Valente