After the Great Chicago Fire of 1871, the city vowed to rebuild--making it the perfect place for ambitious architects. But the most popular and inexpensive material, timber, was poorly suited for the large office buildings many businesses wanted. Author Thomas Leslie tells the stories of these engineers and the solutions they created in Chicago Skyscrapers: 1871-1934. He joins us on Chicago Tonight at 7:00 pm. 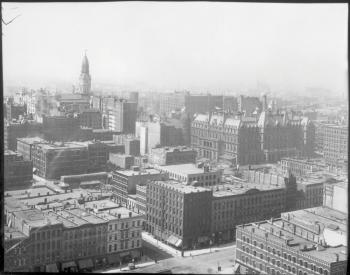 You write about seemingly endless problems facing Chicago architects during this period: “The unusually challenging conditions of Chicago building--the geographic pressure of the Loop, the economic pressure of its overheated market, the problems of its soil and the availability of a refined though limited palette of materials--all proved to be generative rather than restrictive.” What room was left for creativity given so many fixed conditions?

When you have a problem that’s that complicated, you force designers to think about creative problem solving as the most important thing. In New York, which didn’t have soil problems, the architects could afford to spend a lot of time thinking about what the building would look like. Here, most of that [energy] was spent just getting the thing built. The Chicago buildings had to be more clever, so the aesthetic is more about cleverness opposed to a preconceived idea of beauty.

How much of these creative solutions were shared among architects? Wouldn't aesthetics become a larger factor once the solutions to some of these engineering problems had been solved?

Well, nobody wanted an ugly building. But everyone was trying to build a better mousetrap, by saving just a few extra dollars per square foot. A new material or code revision would come along and change the game slightly, and then architects would madly scramble around trying to solve that problem.

What was one particularly novel solution to one of those problems? 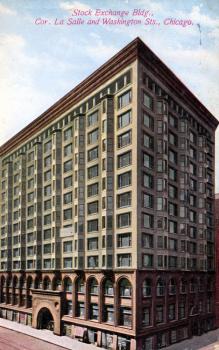 The one that made Chicago buildings so distinctive for so long was foundations--it has terrible, mushy soil. Bedrock is 80 feet below the Loop. Architects here developed isolated piers--instead of putting the whole building on one foundation, they took each column, and calculated the load, and how much soil was needed to support each column. So architects thought of buildings as skeletons, not just big walls. Other cities were still building very thick masonry walls, and that’s the innovation that marked Chicago as a different sort of family.

Another is how you solve the wind problem. It turned out that steel held the answer there. Wrought iron couldn’t form tight connections. But steel is easy to drill, which means you could rivet them, forming very tight connections. Engineers were able to eliminate masonry entirely, which made them lighter, more efficient, and allowed for more expressive possibilities on the outside.

You quote the New York Times from 1919 writing about Chicago's poor soil: “Who shall restrain the great layer of jelly in Chicago’s cake? Who can say when it will be released, to be missed with the sluggish sewage of the river, and then to fill the streets and pour in at the windows while the thin upper crust sinks to its ultimate resting place on the lower clay?” How much derision was aimed at Chicago skyscrapers? 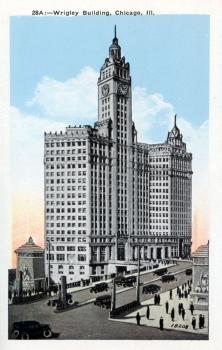 The New York Times, in particular, was always delighted to find any excuse to make fun of Chicago. The original City Hall was built in 1885, and its foundation broke up and the building settled unevenly. Ornaments came off the building, doors wouldn’t close, and the building was condemned. But even today, the tower of the Auditorium Building is an example of the problems the soil created. The foundation was designed perfectly, but the company building it asked the architects to add floors to the tower. To this day, you have to step down four or five steps to get down to the lobby because of how much the building sunk due to that extra weight.

Eventually, New York becomes the new hub of cutting edge skyscrapers because of a 10-story limit placed on Chicago buildings in 1893. Why did the city create that limit?

This is where politics enters in. There were several groups agitating for height restrictions. There was a sense that buildings that tall were unsafe, firefighters couldn’t get in, and concerns about the lack of air and light on streets. But there was a lot coming from landowners outside the Loop who wanted to keep their properties valuable. So draconian restrictions come in in 1893. Political pressure ratchets that floor limit over the years, but there still isn’t anything like the Woolworth in Chicago for a very long time. That changed in 1922 with legislation that let towers or spires rise higher than the restrictions.

Interview has been condensed and edited. Photos courtesy of Thomas Leslie.