On Chicago Tonight at 7:00 pm, Chicago Sun-Times Theater Critic Hedy Weiss reviews three highly anticipated shows in Chicago: The Jungle Book at the Goodman Theatre, Big Lake Big City at Lookingglass Theatre, and A Clown Car Named Desire at The Second City. For our online audience, Weiss will also review Boeing Boeing at Drury Lane Oakbrook. Learn more about all of the plays and watch web extra videos below. 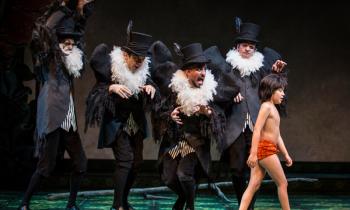 Disney fans will enjoy this summer’s family-friendly production of The Jungle Book at the Goodman Theatre. Based on the Disney animated film and the stories by Rudyard Kipling, this world premiere will have the whole family dancing in their seats.  In May, Mary Zimmerman, the Tony Award Winning director of the production, talked to Chicago Magazine about the play saying, “I hope what audiences have at the end is a sense of the incredible wonderment of being a child.” Filled with classic tunes from the Disney film, as well as original Indian-inspired music and dance, this upbeat production is sure to deliver a fun summer outing. The play clocks in at 2 hours and 15 minutes with one intermission, and runs from June 21 - August 11, 2013 in the Albert Theatre at the Goodman. Tickets range from $27-$115.

The Jungle Book’s composer, Richard Sherman, was featured in a Chicago Tonight Artbeat story from March 2009 that looks at the pre-Broadway production of the musical, Mary Poppins. Academy Award-winning composer Sherman sits down at the piano and plays beloved tunes he wrote with his brother for the 1964 Disney film. Joining him are the English composers George Stiles and Anthony Drewe, who created new songs for the stage adaptation. Watch the web extra video below. 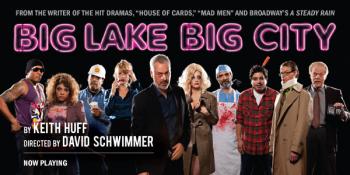 This summer, the Lookingglass presents Big Lake, Big City, a thriller about a detective who can’t catch a break. Based in Chicago, this play showcases a diverse collection of shady characters that are sure to keep you entertained, including crooked coroners, a TV-personality doctor, and a femme fatale. The production is directed by David Schwimmer and written by Keith Huff, the writer of the hit dramas House of Cards, Mad Men and Broadway’s A Steady Rain. The Chicago Tribune’s Chris Jones says, “If you are a sucker for zany, deadpan Chicago noir, you'll have plenty of laughs at the work of a writer who has the underbelly of his town down cold.” Intended for mature audiences, the play runs through August 11, 2013, and ticket prices range from $40-$70.

The Second City presents A Clown Car named Desire this summer. Award-winning director Ryan Bernier returns to The Second City theatre to lead this humorous cast of realistic characters, such as hyper hipsters trying their hardest to be cool, and long term monogamous couples desperately trying to remember how they got that way. This show is sure to make audience members smile. It is performed by a mix of new cast members and veteran performers, including Mike Kosinski, Michael Lehrer and Chris Witaske. Chris Jones of the Chicago Tribune gave the performance 4 out of 4 stars, saying, “The (mostly) new cast at e.t.c. comes with a very pleasing set of contrasting personalities.” Tickets for the 2-hour show, which is currently being performed, range between $23-$36. 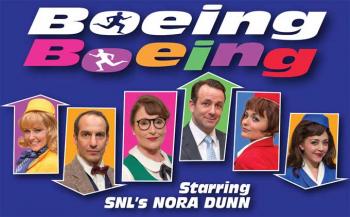 Drury Lane Theatre & Conference Center in Oakbrook presents Boeing Boeing this summer, a production about a jet-setting architect living in Paris who has a very complicated love life. This humorous play, by Marc Camoletti and translated by Beverly Cross and Francis Evans, was deemed “pure cotton candy — an ideal escapist entertainment for the dog days of summer” by Hedy Weiss. Boeing Boeing will be performed from June 13 - August 4, 2013. Tickets for the 2-hour and 20-minute show, with one intermission break, cost between $35-$45.

Marc Vitali contributed to this report.