During his State of the Union address, President Barack Obama pushed for more manufacturing and infrastructure jobs. But instead of merely seeking job training programs for adults, he called for universal preschool -- which research shows does more than just boost wages.

"Every dollar we invest in high-quality early childhood education can save more than $7 later on, by boosting graduation rates, reducing teen pregnancy, even reducing violent crime," Obama said.

Much of that research comes from James Heckman, Nobel Prize-winning economics professor at the University of Chicago, who joins us on Chicago Tonight at 7:00 pm.

Heckman studied data from the Perry Preschool Project, run in a Michigan elementary school in the 1960s. Children were divided into two groups; some received preschool and others did not. The preschool was two hours every school day, and teachers visited students' homes every week.

Decades later, children who attended preschool not only did better academically, but committed fewer crimes, earned more money and even got sick less often. Heckman calculated the return on investment for the preschool program, factoring in the higher taxes paid on additional wages and the savings from lower rates of incarceration, among others.

The payoff is from what Heckman terms “soft skills,” such as learning to play well with others, that are hard to learn after early childhood and have a lasting impact. While many children learn these skills at home, disadvantaged children are less likely to get those lessons from their parents.

Heckman cautions that results like Perry’s won’t come from just any preschool program. Though it got high returns, Perry’s program was expensive to run and had high-quality standards. Cheaply funded programs can be a waste of money, he says.

“Our esteemed Governor [Rod] Blagojevich came down to the University of Chicago and we lectured him [on our Perry research] and he got a program approved,” Heckman says. “But it had the low quality of a political program--everyone gets a little bit of something. But we knew from the data that it would have no effect, or even a negative effect. The danger is to spread yourself too thin.”

That can be the problem with Head Start, a national preschool program that President Obama is looking to expand as one of the planks of his universal preschool campaign. Head Start is lower cost than Perry or other programs Heckman has studied, and doesn’t include home visits. And while researchers are still tracking Perry students 50 years later, Heckman says there have been no long-term evaluations of Head Start.

But Heckman is encouraged by proposed Head Start reforms, such as increasing teacher salaries, and the plan to match state funding for preschool programs, as long as they meet federal quality standards.

“I think it’s going to really insist on basic quality components that I think are currently missing from many Head Start centers,” he says. “I think [Obama’s overall plan] is founded on very hard evidence, some of which I’ve contributed to.”

Adhering too closely to Heckman’s research, however, could impede progress, he says. Heckman references the “streetlight effect,” a parable about looking for answers in the easiest places. In the story, a policeman helps a drunk, who is looking for his keys under a streetlight. After several minutes of looking, the policeman asks if the drunk is sure he lost his keys under the light. “I lost them in the park,” the drunk says, “but it’s easier to look under the light.”

“Perry is the most studied [preschool program],” Heckman says. “But you don’t have to follow the fallacy of the drunk looking for his keys under the streetlights. We’re looking under the Perry streetlight. We have a window on one thing that works, but others could work even better. We should think of this as a lower bound.”

What are your thoughts about President Obama’s proposed preschool expansion? Post your comments below or sound off on our discussion board. 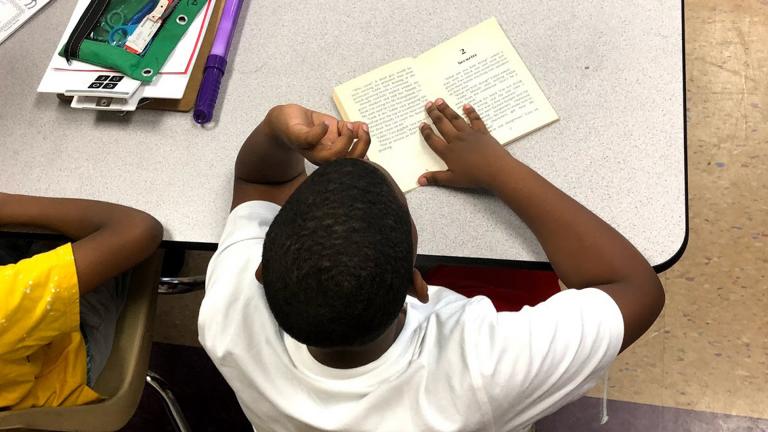