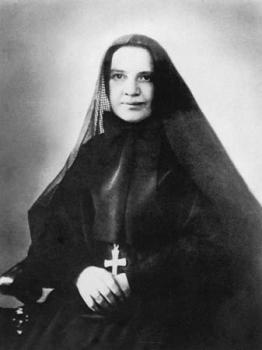 Chicago’s Lincoln Park is one of the priciest neighborhoods in the city. But it's also home to a sacred place honoring a champion of the poor. The shrine and chapel dedicated to Mother Frances Xavier Cabrini had been shuttered for a decade, and there were concerns that it might never reopen. But it has. The site was rededicated on Sunday with a mass celebrated by Cardinal Francis George. The struggle to save the shrine to the sainted Catholic nun was tough, but with a lot of faith, the mission was accomplished.

On the corner of Lakeview Avenue and St. James Place in Chicago, there is now a pricey, new condo building. But this high end property comes with a very unusual amenity: it rises above a Catholic chapel. And just off the building’s lobby is a shrine housing relics that once belonged to a saint.

More than a century ago, Mother Frances Xavier Cabrini, the founder of the Missionary Sisters of the Sacred Heart of Jesus,  worked with the poor and sick on this very site -- and it's where she died. But her legacy in Lincoln Park came close to being lost.

“It’s been a real journey in faith and it’s been full of challenges, and there are times when things looked very dark,” said Sr. Joan McGlinchey of Missionary Sisters of the Sacred Heart of Jesus. “But things are looking brighter, and we have a lot of hope that this will be a gift that we can share with the people in the city of Chicago and elsewhere.”

In late 2001, Columbus Hospital closed its doors. A year later, the shrine and chapel inside were also shuttered. The hospital building was demolished, but the Cabrini National shrine and chapel were a separate property belonging to the order of nuns founded by Mother Cabrini. Controversy over how to develop the site and whether the shrine would remain on the property ensued. 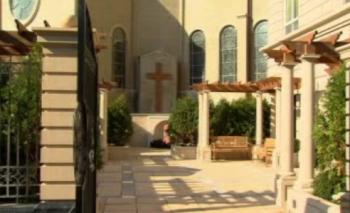 “People came and questioned us: ‘Why are you doing this?’ We had another offer a few years ago to maybe consider tearing it down, and moving it elsewhere,” Sr. McGlinchey said. “But we kept on a course, believing that we had a purpose, but that we had to develop a new ministry. We had to develop it new. We couldn’t rely on the old identity.”

But in time, the high-rise developers reached an accord with the nuns, and a unique amalgam of the sacred and the luxurious now occupies the site. With what the sisters call contributions from the faithful and the sale of an adjoining property, the nearly 60-year old chapel was refurbished.

Architect Mark Sullivan was hired for the job.

“Nothing had really been done to the chapel since its dedication in 1955. So, everything was very aged,” he said. “We cleaned all the travertine, we cleaned all the marbles, we rebuilt the plaster barrel vaults, we rebuilt the baldaquinos, we refinished all the surfaces. But the biggest thing I think we did within the chapel, because it was a new mission and we are outreaching to the neighborhood in a new way, we introduced more color than was here previously. And I suggested the red color which met with a little skepticism at first, but I think it’s quite appropriate and fitting now.” 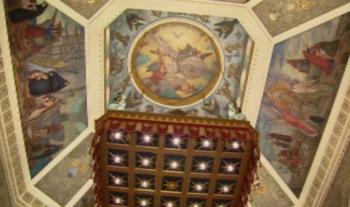 Visitors who remember this chapel from back in the day are in for a surprise when they visit it now. That’s because Columbus Hospital used to surround it, preventing sunlight from hitting it. But now the chapel is surrounded by open space and gardens, and sunlight is finally streaming in through the stained glass windows.

Sister Frances Xavier Cabrini immigrated to the U.S. from Italy in 1889 at the behest of Pope Leo XIII. Her mission: to help the many struggling Italian immigrants in the new world.

“She originally wanted to be missionary to China. And when she went to see the Pope, he said to her, ‘Well, you know, don’t go to China, Cabrini. Go west. Go to the Americas and serve your people,’” said Sr. McGlinchey.

Mother Cabrini did not arrive in Chicago until 1903, and then Archbishop Quigley asked her to start a much needed hospital. Cabrini was able to buy a Lincoln Park hotel and convert it into the original Columbus Hospital. Mother Cabrini also founded Assumption School on West Erie Street and became a U.S. citizen in 1909. She died in Chicago in 1917 and was canonized in 1946, becoming the first American citizen saint. 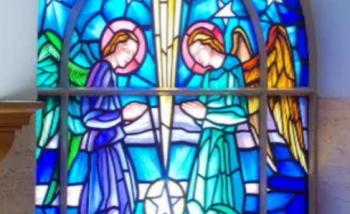 Later that year, a mass in honor of her canonization drew a reported 120,000 people to Soldier Field. In 1955, the chapel and shrine containing the few articles she owned at the time of her death were constructed.

“This shrine was a response to the number of people who came to visit her room, the room where she died, which was in the old convent of Columbus Hospital,” said Sr. McGlinchey.

The newly refurbished shrine contains some of the saint’s priceless relics: from her calling card when she arrived in New York to her habit and well-worn shoes, the bed she died in, and a collection of books and holy items she once held. 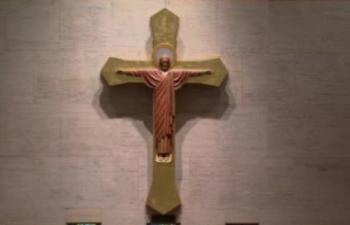 The restoration has cost a significant amount of money, but just how much the sisters are not saying. The faithful, however, are asked to contribute what they can.

“We need their support financially, and we also need their actual presence in volunteering for various tasks. We cannot do it by ourselves,” said Sr. McGlinchey.

Only a handful of Missionary Sisters of the Sacred Heart of Jesus remain in Chicago, but their devotion to their founder has ensured that Saint Frances Xavier Cabrini’s legacy lives on.

Some of the units in the new condo high-rise are going for upwards of $13 million. But it costs nothing to visit the Cabrini shrine. Visit the links below for more information.

In the following video, Father Ted Ploplis, rector at the Shrine, describes his love of the chapel's beauty. 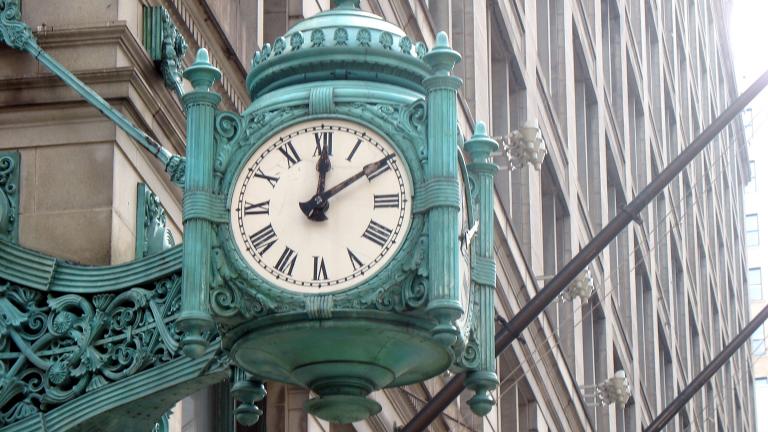 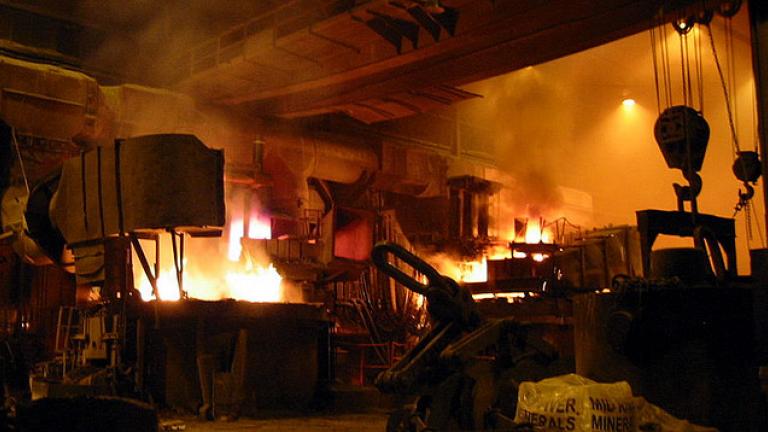 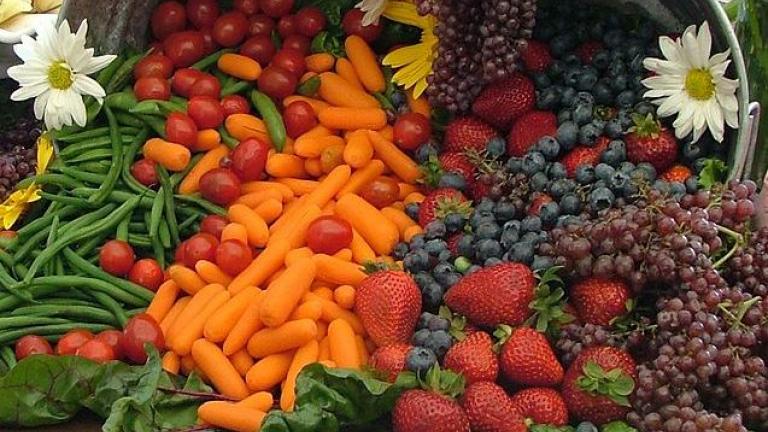 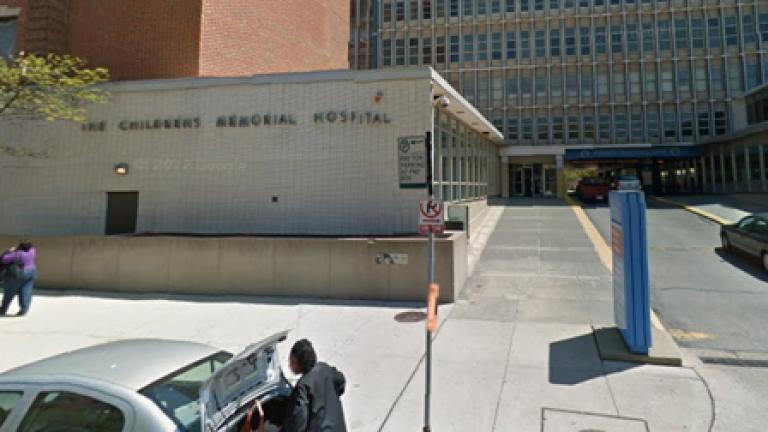 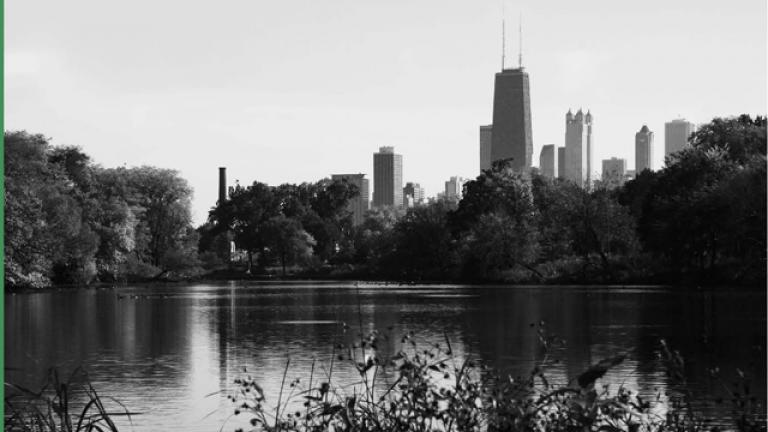 "The City in a Garden" 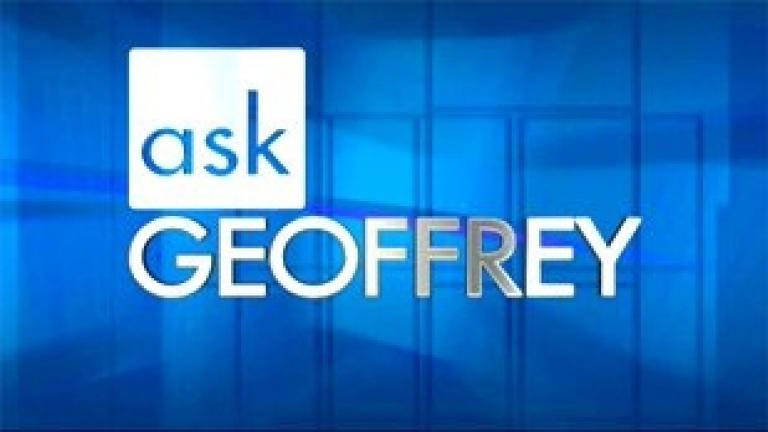