We go inside the brains of bees. Our science guy, Neil Shubin, joins us on Chicago Tonight at 7:00 pm to talk about bee personalities, the impact of music training on aging, and more news in Scientific Chicago. 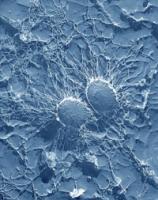 In 1990, the United States government coordinated the Human Genome Project, a worldwide effort undertaken by the scientific community to catalogue over three billion base pairs of human DNA. More than two decades later, scientists are starting a new DNA sequencing project that trumps the Genome Project in size and scope.

The Earth Microbiome Project, led by Jack Gilbert of the University of Chicago and the U.S. Department of Energy’s Argonne National Laboratory, is an international project that aims to catalogue 35 trillion base pairs of microbe DNA found in order to create a publicly accessible database. Scientists will first divide earth into “biomes,” or areas where environmental conditions are similar. They’ll then catalogue the microbes that exist in those locations from environmental samples provided by researchers who are studying those areas.

Gilbert says the project would allow scientists to predict how systems react to changes, and could eventually help doctors make more accurate diagnoses, predict future levels of microorganisms in bodies of water, and determine bacteria levels in soil.

“For example, what a cubic meter of soil, full of microbes, does in one day—breaking down chemicals, storing and releasing carbon, creating usable nutrients for plants—would cost us $500 billion to do by human methods," Gilbert said. "We want to learn their tricks.”

For more on the Earth Microbiome Project, click here.

We’ve all heard the expression “busy as a bee,” but could these pesky insects exhibit defined personality traits? Scientists say they’ve found evidence that some honey bees are more apt to thrill seeking than others.

Led by University of Illinois Urbana-Champaign entomology professor and Institute for Genomic Biology director Gene Robinson, researchers found activity in the brains of individual bees differs greatly, and those that are more adventurous exhibit activity that’s associated with thrill-seeking in humans.

“Our results say that novelty-seeking in humans and other vertebrates has parallels in an insect,” Robinson said. “One can see the same sort of consistent behavioral differences and molecular underpinnings.”

Researchers mapped brain activity to look for different gene functions in two types of bees: scouting bees (those that search out food and new nesting sites) and non-scouting bees. Their research revealed “thousands of distinct differences in gene activity” in the bees’ brains. The scientists then manipulated brain signaling associated with novelty-seeking by increasing or inhibiting certain chemicals found in the brain. They found bees have adopted the same evolutionary tools used by humans and other vertebrates that give rise to different behaviors.

Gene Robinson discusses his study on the brain activity of bees in the following video.

The bee video featured on the show is from "Queen of the Sun: What are the Bees Telling Us?"

Scientists at the Auditory Neuroscience Laboratory at Northwestern University may have discovered a connection between music training and sustained activity in the aging brain. Researchers looked at two groups of people: longtime musicians and ‘others.’ They compared brain responses to speech in both groups by observing activity in the brainstem, which serves as a pathway between the brain and spinal cord for motor and sensory neurons.

The study found that older musicians were able to process speech better than non-musicians, concluding intense musical training can offset some age-related delays in neural timing. It’s the first study to provide biological evidence that lifelong musical experience has an impact on the aging process.

“The older musicians not only outperformed their older non-musician counterparts, they encoded the sound stimuli as quickly and accurately as the younger non-musicians,” said Northwestern neuroscientist Nina Kraus, who co-authored the study. “This reinforces the idea that how we actively experience sound over the course of our lives has a profound effect on how our nervous system functions.”

Kraus says the findings do not demonstrate that musicians have an advantage in every neural response to sound. Rather, she says the study shows intense musical experiences “selectively affected the timing of sound elements that are important in distinguishing one consonant from another.” 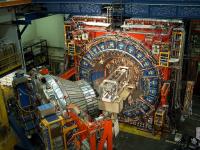 Just months after Chicago Fermilab’s Tevatron particle accelerator shut down, scientists there say they’re closer to discovering the elusive Higgs boson, the particle that would help explain why matter has mass.

After analyzing the full data set from the accelerator, physicists found excesses in their data that they say could be interpreted as coming from a Higgs boson with a mass in the region of 115 to 135 GeV. This comes after an announcement in December from physicists working with the Swiss Large Hadron Collider that they’d found similar bumps indicating a Higgs with a mass of between 124-126 GeV.

"The end game is approaching in the hunt for the Higgs boson," said Jim Siegrist, Department of Energy Associate Director of Science for High Energy Physics. "This is an important milestone for the Tevatron experiments, and demonstrates the continuing importance of independent measurements in the quest to understand the building blocks of nature."

Watch a video of Neil Shubin talking about the Tevatron accelerator below.