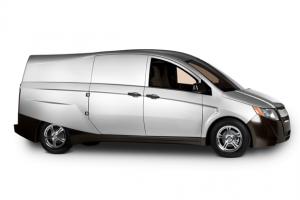 The Obama administration has pushed hard for the development of new, clean technologies to protect the environment and create jobs. In the automotive industry, this has meant promoting electric vehicles. This was good news for an Indiana start-up that promised nearly 1,000 jobs with the development of a plug-in hybrid van. But the story does not have a happy ending.

In February, the floor of Bright Automotive, a plug-in hybrid vehicle plant in Anderson, Ind. was humming. Launched in 2008 by former General Motors engineers, the company was set to create a plug-in hybrid van for commercial customers.

Bright promised that the lightweight van would reduce fuel costs, protect the environment and create jobs for recession-racked central Indiana.

Read the letter from the company to the Dept. of Energy.

“I cannot speculate of why we did not get the loan, but we were told we would get the loan on up to four different occasions,” Waters said.

The town of Anderson had high hopes that the Bright start-up would bring back the area’s auto industry. GM once had 25 plants in the area that provided 25,000 jobs. By 2007, all had been shuttered.

Bright's business plan called for 900 new jobs,  with 5,000 to 8,000 secondary jobs among its suppliers. Besides creating jobs, Waters says Bright would have produced exactly the kind of alternative fuel vehicles President Obama has called for.

“I directed every department, every agency in the federal government, to make sure that by 2015, 100 percent of the vehicles we buy run on alternative fuels…100 percent,” said President Obama.

In 2009, Bright unveiled a prototype of its new van that offered 100 miles to the gallon. Some of the biggest fleet operators in the country had been a part of Bright’s design team.

“It's been satisfying to see things we talked about first on the drawing board all coming to reality,” said Mike Mannheimer of Cox Industries back then. 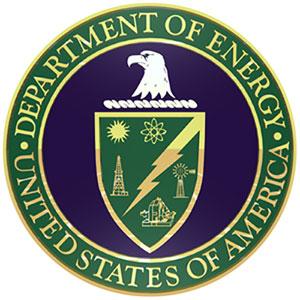 Bright says it had orders lined up from Duke Energy and other major companies. But it wasn't enough for the Department of Energy, which released this statement in February:

“Over the last three years, the department has worked with the company to try to negotiate a deal that supported their business while protecting the taxpayers. In the end, we were not able to come to an agreement on terms that would protect the taxpayers.”

Bright says it had commitments of over $200 million from investors but the money was conditioned on the federal loan. Without it, investors pulled out and Bright closed its doors. The decision devastated Bright's employees.

“It was very emotional. We all put our own time and money, and commitment and dedication into seeing this vehicle happen,” said former Bright employee Amy Dobrikova. “It was really heartbreaking to hear the news, and my heart goes out to the 59 other employees who were let go.”

“It crushed my hopes and dreams. It just absolutely…I put everything I could into this company, and I can honestly leave knowing that I have nothing left,” said former Bright employee Paul Bishop. “I didn’t leave anything on the table. I gave everything I had, and it just breaks my heart. It breaks my heart.”

Paul Mitchell, President and CEO of Energy Systems Network, a consortium of clean tech energy companies, points to the millions of federal and state dollars Indiana has put into creating an infrastructure for electric vehicles. Indianapolis has more than 100 public charging stations across the city that it hopes will help boost lagging sales of the Nissan Leaf and Chevy Volt.

Mitchell says federal dollars are essential for the emerging electric vehicle industry. But he questions the way the Department of Energy has handled its $25 billion loan program. Only $8 billion has been distributed since the program was created five years ago.

“I would say to the Department of Energy that this loan program, the public and the industry needs more clarity on the rules of the road for this program,” said Mitchell. “Should we be pursuing these loans in order to encourage start-up companies to develop products here in the United States, and create jobs and investment? Or do we focus on private capital?”

For Waters, who saw the company go down after applying for government help, the answer is clear. 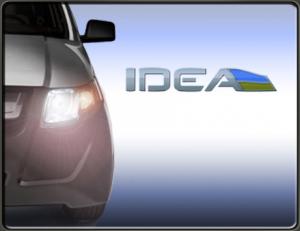 Entrepreneur Pete Bitar sees it differently. Ten years ago, he started his company: Xtreme Alternative Defense Systems (XADS), engineering high-voltage, non-lethal weapons systems for the military. Utilizing the skills of electrical engineers in Anderson that remained from the former GM plants, Bitar built his company from a staff of two part-time employees to 21 employees today. He plans to hire 40 more employees by year’s end.

“We were very methodical, slow and steady in our development,” said Bitar. “We didn’t take out any long-term debt or get in any investors, or anything like that.”

Bitar utilized the government as a customer rather than an investor. Today, he has a $6.7 million Department of Defense contract to produce a lightning bolt device. The device will attach to the front of a mine detector to detect and destroy roadside bombs.

While his business plan differs from Bright’s, Bitar says he feels badly about the company just down the road.

Companies like XADS are critical to the future of the development of battery technology, says Bill Wylam, President of International Energy, LLC.

Wylam began working on batteries for electric vehicles at GM in the 1950s. Known by his nickname “Battery Bill,” Wylam says the government should stay out of picking winners and losers among electric vehicle start-ups.

Wylam says the government should get involved in the research and development phase of new technologies. And he remains confident about the future of his industry.

But it's likely to be a future without Bright Automotive.

Former CEO John Waters says election year politics may also have played a part in the demise of Bright Automotive. Since the firestorm that followed the bankruptcy of the solar panel company Solyndra, which had received a Department of Energy loan, no further DOE loans have been approved.

Waters says the loan may have come through after the November election, but the company could not hang on that long.

The following chart shows the companies that received loans from the U.S. Department of Energy for Advanced Technology Vehicles Manufacturing, or AVTM.