Our science guy, Neil Shubin, joins us to talk about sea slug brains, a therapist app for your smartphone and more in Scientific Chicago on Chicago Tonight at 7:00 pm. 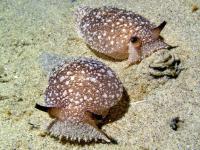 It’s not hard to decide whether what’s in front of us is food or a threat. But for a species of sea slug that’s blind and cannibalistic, every encounter with a neighbor could be their last.

But with no sight and a limited nervous system, how do the slugs choose whether to eat or avoid getting eaten? According to a new study from the University of Illinois, the hungrier a slug is, the more excited neurons in its brain get, and the more likely it is to attack anything that smells like food. Without that brain activity, the slugs will do nothing to turn away from the smell.

“The question was, how does this animal, a predatory forager, make a decision?” said molecular and integrative physiology professor Rhanor Gillette, who conducted the study. “And after some work, it became clear that they do it pretty much like you and I. They make decisions not so much on the basis of information, per se, but on the basis of how information makes them feel.”

The slugs combine their hunger level with sensory information and memory, despite having a simple nervous system. In one example, the studied slug was left near another slug species which emits a hazardous chemical to repel predators. Half an hour later, the slug remembered the encounter and stayed away. (Watch the video here). The slug would have to be “insanely hungry” to attack that kind of prey, Gillette said.

The researchers said their findings could be used to study cost/benefit calculations in more advanced species, like humans.

“What we’re talking about is a fundamental economic decision of resource acquisition or avoidance,” Gillette said. “This basic type of decision is subverted in substance abuse, in illogical gambling and in badly managed shopping, for example. This is why I think that studying the basis of this type of decision in a very simple animal, where we can work it out, is important.” 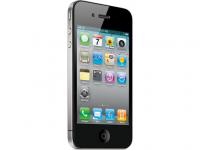 Feeling depressed? There will soon be app for even that, one that will detect if you could use a pick-me-up and prompts you to get out of the house.

Developed by Northwestern University’s Feinberg School of Medicine, the program is one of several tech-based tools to treat depression and other mood disorders. The school says the tools, including medicine bottles that remind you to take your pills, can be more effective than traditional weekly therapy.

The phone software monitors your location, frequency of e-mails or texts, and other mood cues. After your phone gets used to your typical behavior, if the program thinks you’re cooped up at home, it will send you a message to call your friends.

“By prompting people to increase behaviors that are pleasurable or rewarding, we believe [the software] will improve mood,” Mohr said. “It creates a positive feedback loop. Someone is encouraged to see friends, then enjoys himself and wants to do it again. Ruminating alone at home has the opposite effect and causes a downward spiral.” 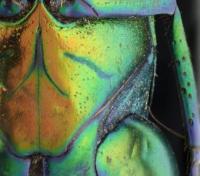 When the Field Museum was founded in 1893, it was an extension of the scientific collections of the recent Columbian Exposition, dedicated to cataloging natural history. But as times have changed, so has its goals.

“If, more than 100 years ago, the Museum’s founders had known that so many species would be in danger today, conservation would have been part of our original mission. Today we’ve expanded our mission from exploring only, to exploring, explaining, and sustaining,” said Debra Moskovits, senior vice president of the museum’s Department of Environment, Culture and Conservation.

“We provide an experience that goes beyond just information,” said Alvaro Amat, the museum’s design director. “We want to effect an attitude change—to make people care about nature instead of just learning about it. We’re trying to inspire.”

Support from friends and family are the largest factor in cutting down suicidal thoughts in lesbian, gay, bisexual, and transgender (LGBT) youths, according to a Northwestern University study.

Nearly 250 Chicago-area LGBT youth, ages 16-20, were interviewed for the study every six months for two-and-a-half years.

The results may not be surprising, but they could help reduce suicide attempts, the study’s lead author said.

“Our research shows how critical it is for these young people to have social support and for schools to have programs to reduce bullying,” said Brian Mustanski, associate professor of medical social sciences at Northwestern University’s Feinberg School of Medicine. “We believe this will help save young lives.”