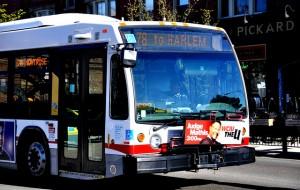 The Chicago Transit Authority will not increase fares or cut services in 2012 under a budget proposal outlined Wednesday by CTA President Forrest Claypool. But the plan relies heavily on union cooperation.  Ash-har Quraishi has the story on Chicago Tonight at 7:00 pm.

Management initiatives will help shave $117 million from the $277 million deficit, and the proposed budget will close the remaining gap with anticipated work rule reforms, health care benefit changes and restraint in wage growth consistent with other metropolitan transit agencies.

“Since May, the CTA has launched a series of service improvements while cutting hundreds of positions and implementing management efficiencies that are saving tens of millions of dollars,” Claypool said. “The result is a lean management structure and the smallest number of employees in the CTA’s history.”

The new service improvements are meant to improve the rider experience and encourage new riders and revenue. To improve security, more police have been added, along with thousands of new surveillance cameras.

To improve convenience for customers, Bus Tracker technology will be available at bus shelters to advise passengers of exactly when their bus is coming.

To improve the cleanliness and aesthetics of rail stations, the CTA created “Renew Crews”—SWAT teams of tradespeople to deep clean, repair, and improve more than 100 stations and subways. And hundreds of new rail cars with modern technology and passenger amenities will be arriving shortly. 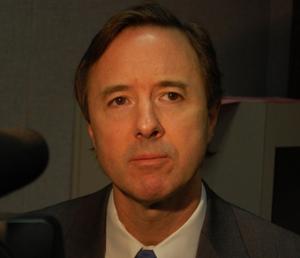 “But even the most innovative service and the leanest management cannot make up for a cost structure that far exceeds the national norm—mostly driven by antiquated work rules that benefit a small number of individuals at the expense of everyone else,” Claypool said.

Claypool warned that without labor and work rule reforms, the CTA would be forced to lay off up to 1,000 employees, reduce bus and rail service, and perhaps hike fares.

“Our challenge is to work with our employees, and their respective unions, to move the CTA’s methods of operation from mid-century to the 21st Century. Together, we can reform and renew an agency central to regional economic growth and the quality of life in our neighborhoods,” Claypool said.

CTA customers and the general public will have the opportunity to provide comments to the Chicago Transit Board on the 2012 Budget Recommendations at three budget meetings. All are scheduled for 6:00 pm. The facilities are accessible to people with disabilities. The dates and locations of the meetings are as follows:

Written and oral comments will be taken into consideration prior to implementation of the 2012 Budget and Program, the 2012 Capital Program of Projects, and the Financial Plan. This input will be welcomed at the hearing or by correspondence addressed to Gregory P. Longhini, Assistant Secretary of the Board, Chicago Transit Authority, P.O. Box 7567, Chicago, Illinois 60680-7567.

Input can also be sent via e-mail to: [email protected].

Copies of the budget proposal will also be available at the reference desks of the following libraries:

For more on the CTA’s budget, visit the links below.