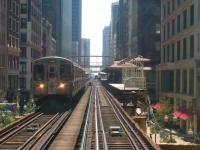 The CTA is getting a facelift.

“Chicago is an international, world-class city, and my Administration is committed to investing in what’s right, to make sure every piece of it shines,” said Mayor Emanuel. “With this new Station Renewal program we'll have cleaner, brighter, more functional stations for CTA riders.” 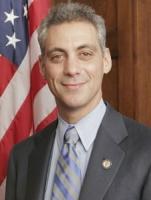 “By consolidating disparate trades that used to operate independently – on different schedules and at different locations, the station renewal program will integrate supplemental specialized private trade contractors,” said Claypool. “This is sort of a SWAT team approach to comprehensively address all the outstanding issues at a station at once – cleaning, repairing and improving rather than the piecemeal approach used previously.”

Work done at each station will be determined by the station’s specific needs and configurations, but can include such work as new lighting, painting, repairs, power washing walls and ceilings, replacing signs and landscaping.

CTA is adding a link on its web site where customers can learn which station is receiving a renewal in addition to the next stations scheduled each month. The web site also will allow customers to provide feedback on the work completed.

For more on the CTA's Renewal Initiative, visit the links below.

Will you take the train more often if your local CTA station gets a facelift? Post your comments below or sound off on our discussion board!

CTA Debuts the Tool We’ve Been Waiting For: How to Avoid Crowded Trains