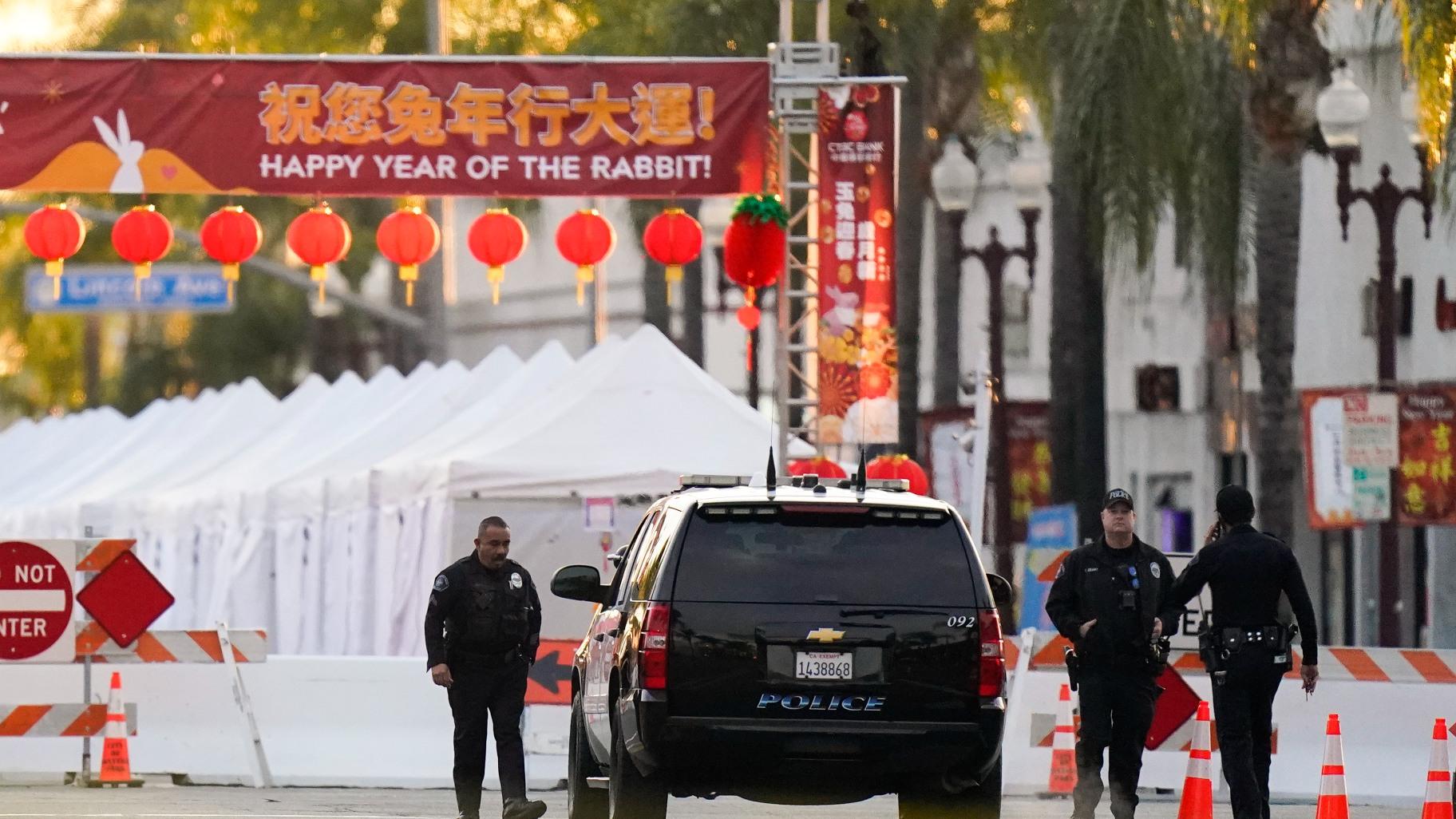 MONTEREY PARK, Calif. (AP) — The search for the motive behind the shooting massacre at a Los Angeles-area ballroom dance hall led police to a mobile home community as they probed the past of the 72-year-old suspect Monday and his relationship to the club.

Meanwhile, the death toll rose to 11 after health officials announced that one of the 10 people who were wounded had died.

The suspect, Huu Can Tran, who was found dead of a self-inflicted gunshot wound Sunday, had visited police in his town of Hemet twice this month to allege he was the victim of fraud, theft and poisoning by family members between 10 and 20 years ago in the LA area, spokesman Alan Reyes told The Associated Press. Tran said he would return to the station with documentation but never did.

Tran was found dead in the van that he used to flee after attempting to attack a second dance hall, authorities said. The mayor of Monterey Park said Tran may have frequented the first dance hall that he targeted, and his ex-wife told CNN she had met him there and he offered her free lessons.

All but one of the victims were 60 or older, according to information released Monday by the Los Angeles coroner’s office providing the first identifications.

Officials did not disclose an age for the 11th fatality, which was announced by the LA County Department of Health Services.

Authorities have shared little about Tran.

Los Angeles Superior Court records show Tran was married in 2001 and divorced five years later, citing irreconcilable difference. The couple did not have children, said they had no community property and neither side had to pay alimony.

In the uncontested case, Tran noted in a filing that he could not get away from work to attend any court hearings, though he did not disclose where he worked or what he did.

His ex-wife told CNN that they married soon after they met. While she is named in court papers, she asked not to be identified because of the sensitivity of the case.

She said he would become upset if she missed a step dancing, but was never violent with her.

Tran eventually moved from the San Gabriel Valley, a melting pot for Asian immigrants, and settled in a mobile home community for those 55 and up in Hemet, 75 miles east of Los Angeles in Riverside County. Police searched his home there Sunday night.

Hemet police had no records of any incidents involving Tran in the community or calls for service at his home, Reyes said.

The shootings during Lunar New Year celebrations sent a wave of fear through Asian American communities and cast a shadow over festivities nationwide.

The massacre was the nation’s fifth mass killing this month, and it struck one of California’s largest celebrations of a holiday observed in many Asian cultures, dealing another blow to a community that has been the target of high-profile violence in recent years.

It was also the deadliest attack since May 24, when 21 people were killed in an elementary school in Uvalde, Texas.

Law enforcement officials said the rampage could have been even deadlier. A man whose family runs the second dance hall confronted the assailant in the lobby and wrested the gun from him, The New York Times reported.

“We do understand that he may have had a history of visiting this dance hall and perhaps the motivation has to do with some personal relationships. But that’s something that I think investigators are still uncovering and investigating,” said Monterey Park Mayor Henry Lo. Public records show Tran once had addresses in the city and neighboring ones.

The mayor and LA County Sheriff Robert Luna stressed that the motive remained unclear for the attack, which also wounded 10 people. No other suspects were at large, according to the sheriff.

The suspect was carrying what Luna described as a semi-automatic pistol with an extended magazine, and a second handgun was discovered in the van where Tran died.

Tran is the second-oldest mass killer in the U.S. over the last nearly 20 years according to a database compiled by The Associated Press, USA Today and Northeastern University. The only older mass killer was a 73-year-old who murdered five people in Yuma County Arizona in 2011 before killing himself. The database tracks every mass killing — defined as four dead not including the offender — committed in the U.S. since 2006.

Within three minutes of receiving the call, officers arrived at the Star Ballroom Dance Studio in Monterey Park, according to Monterey Park Police Chief Scott Wiese.

There, they found carnage inside and people trying to flee through all the doors.

“When they came into the parking lot, it was chaos,” Wiese said.

About 20 minutes after the first attack, the gunman entered the Lai Lai Ballroom in the nearby city of Alhambra.

Brandon Tsay was in the lobby at the time, and he told ABC’s “Good Morning America” that he thought he was going to die.

“Something came over me. I realized I needed to get the weapon away from him, I needed to take this weapon, disarm him or else everybody would have died,” Tsay said. “When I got the courage, I lunged at him with both my hands, grabbed the weapon and we had a struggle.”

Once Tsay seized the gun, he pointed it at the man and shouted: “Get the hell out of here, I’ll shoot, get away, go!”

The assailant paused, but then headed back to his van, and Tsay called the police, the gun still in his hand.

While Luna told reporters on Sunday that two people wrested the weapon away from the attacker, Tsay, who works a few days a week at the dance hall his grandparents started, told The New York Times that he acted alone. Stills from security footage shown on “Good Morning America” showed only the two men struggling for the gun.

The suspect’s white van was found in Torrance, another community home to many Asian Americans.

After surrounding the vehicle for hours, law enforcement officials swarmed and entered it. A person’s body appeared to be slumped over the wheel and was later removed. Members of a SWAT team looked through the van’s contents before walking away.

Monterey Park is a city of about 60,000 people on the eastern edge of Los Angeles and is composed mostly of Asian immigrants from China or first-generation Asian Americans. The shooting happened in the heart of its downtown where red lanterns decorated the streets for the Lunar New Year festivities. A police car was parked near a large banner that proclaimed “Happy Year of the Rabbit!”

The celebration in Monterey Park is one of California’s largest. Two days of festivities, which have been attended by as many as 100,000 people in past years, were planned. But officials canceled Sunday’s events following the shooting.