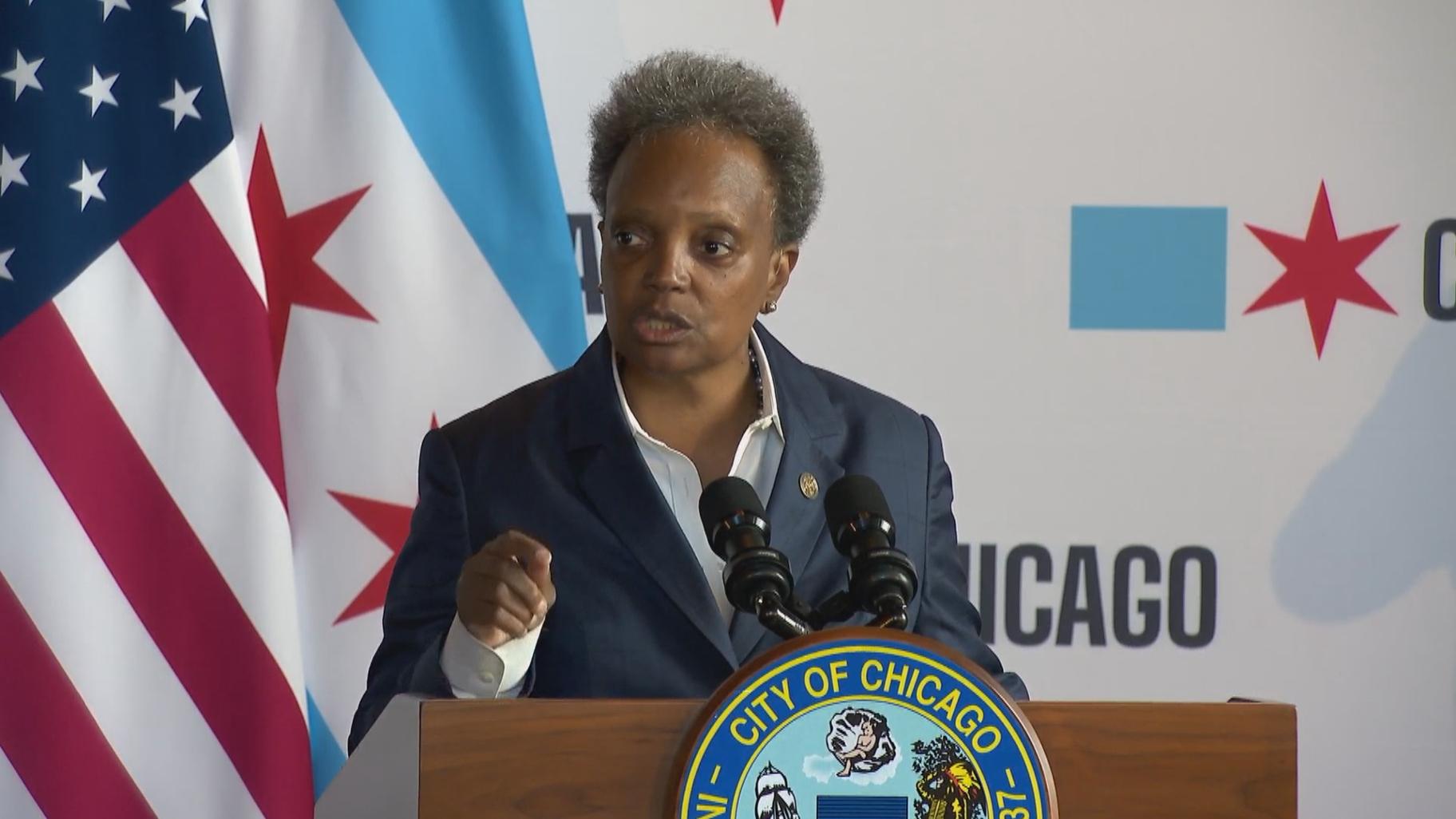 Chicagoans can ring in the new year without worrying they will have to cough up more cash in 2023 to cover the cost of a city-imposed property tax hike to keep up with the soaring rate of inflation, or any new fees.

The reprieve comes as residents prepare to make their picks for mayor and City Council.

With less than two months until Election Day, Mayor Lori Lightfoot touts the $16.4 billion spending plan she crafted as a “stability budget” for a city enjoying a faster than expected recovery from the depth of the economic catastrophe triggered by the COVID-19 pandemic.

It is unclear whether that recovery – which Lightfoot says is the best in the nation – will boost her reelection bid. The spending plan, fueled by the city’s red-hot real estate market and billions in federal aid, won only tepid support even after Lightfoot quickly dropped a proposal to hike property taxes by $42.7 million that became politically toxic.

Even the City Council members who voted for Lightfoot’s budget blasted the mayor for failing to make good on promises to use nearly $2 billion in federal relief funds to strengthen the city’s tattered social safety net, as reported by WTTW News.

City officials spent just $130.5 million of the $1.227 billion earmarked for a host of programs including affordable housing, mental health, violence prevention, youth job programs and help for unhoused Chicagoans, according to data released in October as part of the mayor’s 2023 budget proposal.

Projections released along with the budget anticipated spending $250 million as part of what Lightfoot calls the Chicago Recovery Plan by the end of 2022.

Officials with the city’s budget office told WTTW News on Dec. 20 the amount of money spent as part of the Chicago Recovery Plan through the end of 2022 would not be available until the end of January or mid-February. Election Day is Feb. 28.

That will complicate efforts by incumbent alderpeople seeking new four-year terms to win votes by pointing to spending on popular projects and programs, even as the pandemic approaches its third anniversary.

Lightfoot has touted her 2023 spending plan as the best way to build on what she says are her progressive accomplishments, even after she spent nearly her entire term at odds with Chicago’s progressive political community.

As part of the 2023 budget, Chicago officials will use an unanticipated $242 million from the city’s surprise surplus to pay down the city’s massive pension debt.

That will mark the first time in history Chicago officials will pay more than required toward its four pension funds, in an effort to save nearly $2 billion in future pension costs and prevent significant investment losses because of the declining stock market, city officials said.

That prompted a Wall Street ratings agency to upgrade the city’s credit rating, a change that will save the city at least $100 million in borrowing costs, officials said.

Chicago’s budget is now structurally balanced – with annual expenses in line with annual revenues, allowing the city to keep its books in the black without using budget maneuvers that generate revenue that the city cannot rely on in future years, city officials said.

However, the city’s finances will continue to be pinched by soaring pension payments. In 2023, Chicago will pay more than $2.34 billion to its pension funds — more than an additional $1 billion directly from the city taxpayers than it paid just three years earlier.

Casino Funds Start Flowing, But No Department of the Environment

Chicago’s 2023 spending plan is the first that will reflect revenues from a casino, with Bally’s cutting the city a $40 million check after the City Council gave their plan to build a casino and resort in River North the green light. A temporary casino is set to open at the Medinah Temple this summer.

But the city will spend at least another year without a department dedicated to protecting Chicago’s environment and fighting climate change.

Progressive City Council members blasted the mayor for failing to live up to her promise during the 2019 campaign to re-establish the department axed by former Mayor Rahm Emanuel for disbanding it as part of Chicago’s 2012 budget.

Instead, Lightfoot agreed to create the Office of Climate and Environmental Equity, which will have 10 employees.

The Chicago Police Department’s budget is set to increase by $64 million in 2023 to a total of $1.94 billion. However, the department is only slated to add 35 positions.

The department is also set to increase spending significantly on the number of officers assigned to patrol the CTA, with that budget jumping from $10.7 million in 2022 to $30 million in 2023. In recent months, a number of high-profile shootings and stabbings have grabbed headlines and led many Chicagoans to question whether it is safe to ride the CTA.

Several conservative members of the City Council said they were disappointed the spending plan did not include more money to fill vacant positions in the Chicago Police Department — and keep officers from leaving.

In addition, City Clerk Anna Valencia and Treasurer Melissa Conyears-Ervin, who are both unopposed in their re-election bids, are set to get 20.5% raises under the new budget. Both will earn $161,016 and see their paychecks rise annually in 2024 by no more than 5% to keep pace with inflation.

The 2023 spending plan also includes $3.1 million to help people in Chicago access reproductive health care, $5 million to help immigrants who have been sent to Chicago from Texas and an additional $26 million to reduce homelessness.