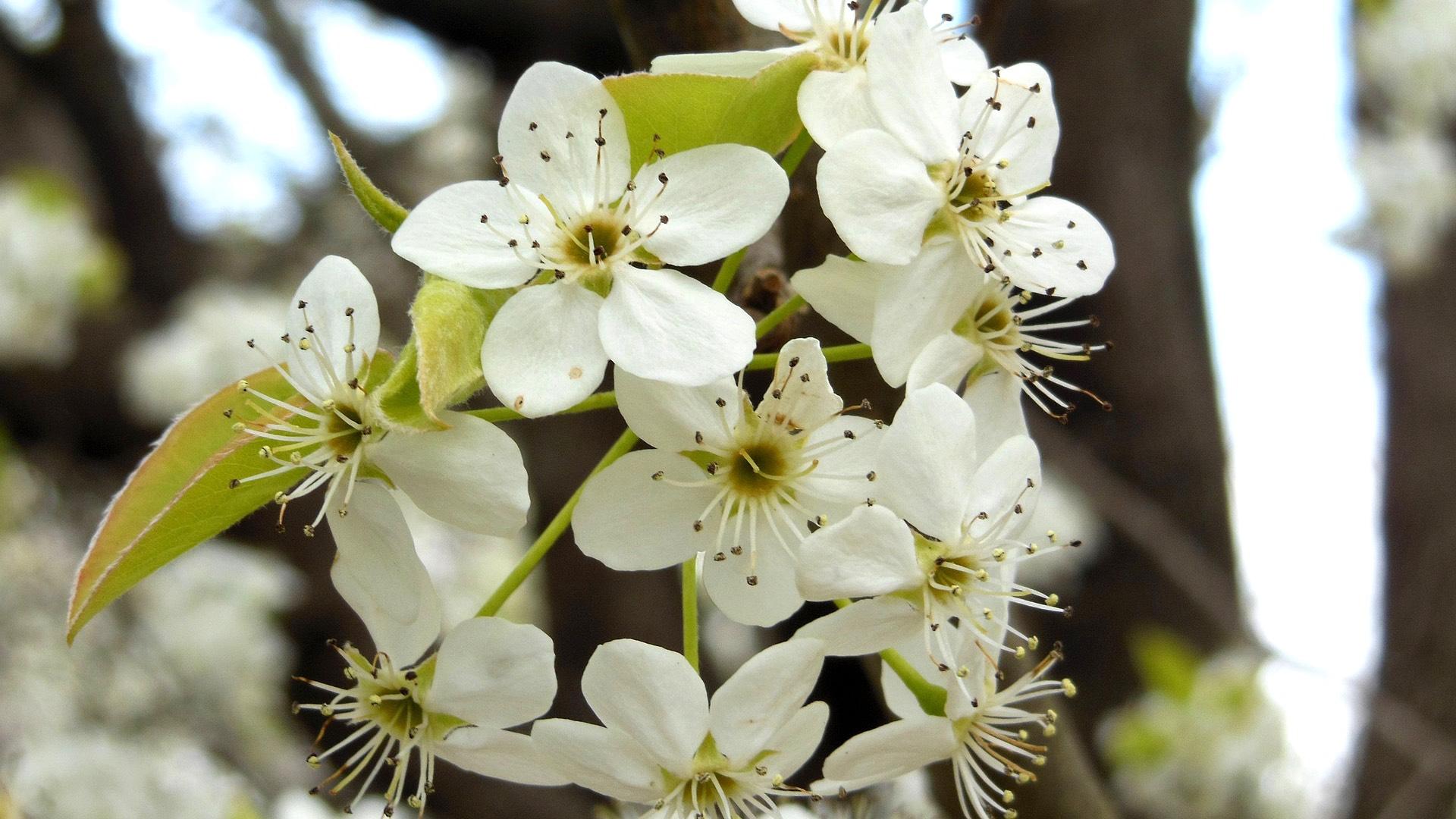 Illinois is now conducting assessments of 10 plants to determine whether to recommend the addition of any or all of them to the state’s lists of “noxious” and/or “exotic” weeds, decisions that would make the purchase or sale of the plant illegal.

While the candidates include well-known banes like garlic mustard and wild parsnip, members of the general public might be surprised to find a plant absolutely adored by landscapers and property owners is also up for consideration.

These ubiquitous beauties, with their perfectly symmetrical crowns, have long been a go-to ornamental chosen for curbside plantings, particularly in suburban subdivisions, where they form picturesque aisles of delicate white blossoms every spring.

But those tidy rows hide a secret.

The fruit of the Callery pear is so small, most people don’t even see it. But birds do. They feast on the fruit and then spread its seed far and wide and indiscriminately. Seeds sprout into saplings and in short order can colonize pasture land and natural areas.

“The trees are so aggressive, so much worse than buckthorn,” said Pat Hayes, site steward at Orland Grasslands preserve, where Callery pear has forested sections of previously open prairie, overrunning the nesting areas used by endangered grassland birds.

The tree not only outcompetes native species in fragile ecosystems but can also disturb grazing land and hayfields. Farmers and conservationists alike have been forced to shell out significant sums of money to combat the spread.

Hayes isn’t alone in her concern. States from Ohio to South Carolina have banned the Callery pear, but Illinois hasn’t updated its Exotic Weed Act since 2015, the same year that the state’s Invasive Species Council went on hiatus.

The council re-formed in 2020 and held its first meeting in spring 2021. Though this volunteer organization — made up of professionals from the public and private sectors — has no authority itself to regulate plants, it can make formal recommendations to the agencies that do, such as the Illinois Department of Natural Resources and the Department of Agriculture.

There are three committees within the council — Terrestrial Plants, Pests and Pathogens, and Aquatic Life — with the Terrestrial Plants group having announced the assessment of the 10 plants under review. (See below for the complete list.)

Chris Evans, University of Illinois Extension forestry and research specialist, and Kellie Schmidt, executive director of the Illinois Green Industry Association, are co-chairs of the Terrestrial Plant committee. They shared with WTTW News, via email, the process that led to the 10 plants under review and what happens next.

WTTW News: Can you explain what “announcing intent to conduct an assessment” means? What’s involved in an assessment and what are the results?

Evans and Schmidt: The Terrestrial Plants Committee has developed a protocol to assess specific traits of terrestrial plants. The protocol consists of a series of questions that will guide us through a process allowing us to collect information from a variety of sources to determine whether a plant should be deemed invasive in Illinois.

The announcement we distributed was to notify stakeholders of our plan to review each species, and to request that they provide critical input that will help us analyze each plant being reviewed. Information on the ecology, observations of spread, and other input can be useful as the committee moves through the assessment process.

It is important to know that a species being reviewed does not mean that it will be deemed invasive in Illinois or that it will be recommended for regulation in the future. The assessment process will be used to help make that determination and then recommendations will be put forth to the appropriate state agencies.

WTTW News: How many species were considered and how did you arrive at the 10 being assessed?

Evans and Schmidt: The committee reviewed a list of species that have been assessed or regulated in the Midwest. We selected 10 species to assess in the first round because we believe that is the volume of work we’ll be able to accomplish through committee members who are volunteering their time to the effort.

Our goal is not to rush the assessment process, but to be thorough so that any recommendations we make have been vetted properly.

At the end of 2023, the plan is to communicate a new list of species to be reviewed so that stakeholders are made aware of progress.

WTTW News: If the consensus of an assessment is “yes, this plant is invasive,” then what happens?

Evans and Schmidt: If the result of a finished assessment is that we do consider a species invasive, then we can formally recommend it to the agencies that regulate plants. Because the council and the committees reviewing each taxa (group of organisms) have a diverse group of subject matter experts involved, the recommendations will have significant credibility.

At present, the process for regulating a species in Illinois depends on the area of concern and species in question:

— The Illinois Exotic Weed Act regulates most terrestrial invasive plants that invade natural systems. Making changes to this act requires proposing a legislative change and working with the Illinois General Assembly. A change to this act would mean the plant can’t be bought, sold or transported in Illinois.

— The Illinois Noxious Weed Law regulates plants of concern to agriculture. Making changes to this law requires action by the Illinois Department of Agriculture. Plants regulated under this law cannot be bought, sold or moved, and the law can also mandate control of existing populations. 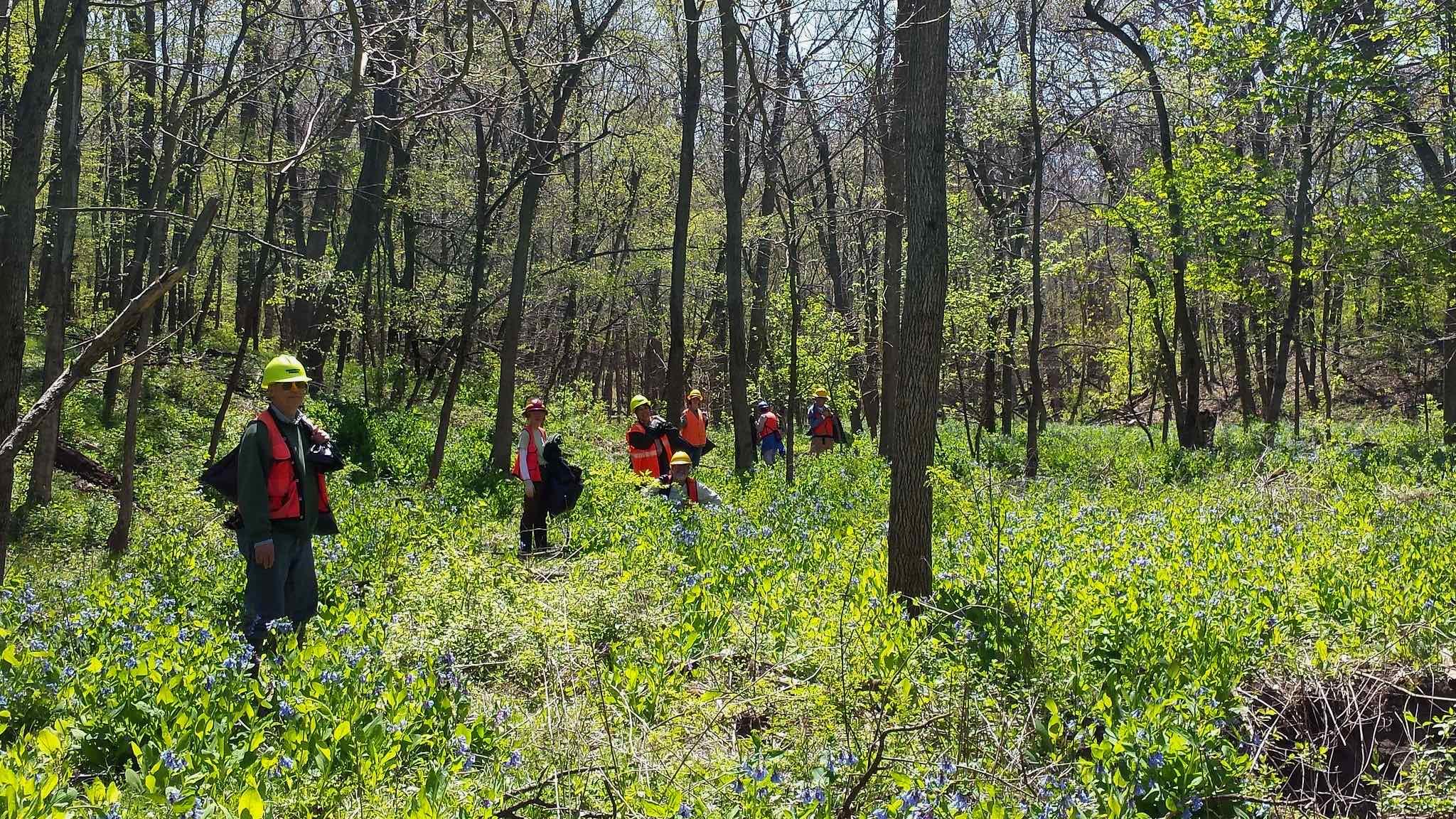 WTTW News: Considering the time it takes for the wheels of bureaucracy to turn, could irreparable habitat degradation occur during the assessment and regulation process?

Evans and Schmidt: As committee members, we have no control over the time it takes for our state to act on proposed legislative changes. What we can do is gather the necessary facts that will lead to appropriate recommendations, equipping our state agency partners with facts so they can follow the process for regulation if they deem it appropriate.

Anytime the labeling of a species as invasive or regulations that have the potential to impact industry and limit personal choice are involved, it is vital to follow a transparent fact-driven process that is defensible and uses the best available information.

Both the committee and council are handled by volunteers who are passionate and committed to environmental stewardship and to supporting a thriving nursery and landscape industry.

WTTW News: There’s a lot at stake in this work, both for the management of natural areas, but also for nursery owners and landscapers. The committee’s members represent all of those varied, and sometimes competing, interests. How do you balance that?

Evans and Schmidt: We are very fortunate to have a great group of committee members who work well together. Each person, regardless of the sector they represent, is committed to environmental stewardship, wants to limit the damaging impact of invasive species on the landscape, and shares a common goal of native preservation.

From the outside perspective, it may seem like our interests are competing, but we all rely on a thriving environment for our livelihoods and that unites us in this effort. In the work we are pursuing, we will achieve balance through the use of this assessment process that is as objective and fact-driven as possible.

When it comes to invasive species, the roll call of America’s “least wanted” will sound familiar to Illinoisans: zebra and quagga mussels, Asian carp and the Emerald Ash Borer are among the non-native threats.

In the plant kingdom, Illinois’ 26 regulated exotic weed species include buckthorn, which is choking the state’s forests, and giant hogweed, whose sap can cause chemical burns.

How do invasives get a toehold in the first place?

Some hitchhike in shipping containers from overseas, some are introduced as ornamentals but escape from cultivation. In the absence of the predators or other controls that exist in their native environments, invasives finding favorable conditions can spread unchecked.

In other instances, humans unwittingly let the genie out of the bottle kind of on purpose. In the Midwest, experts promoted the widespread planting of certain imported species for use as “living fences” for livestock and as cover crops, only to discover, far too late, the plants’ aggressive properties. Such was the case with multiflora rose and autumn olive, both Illinois exotic weeds.

The Illinois Invasive Species Council defines invasive as “any species that is not native to that ecosystem (including its seeds, spores, or other biological material capable of propagating that species) and whose introduction does or is likely to cause economic or environmental harm.”

Here are the 10 being assessed, with links to additional information: 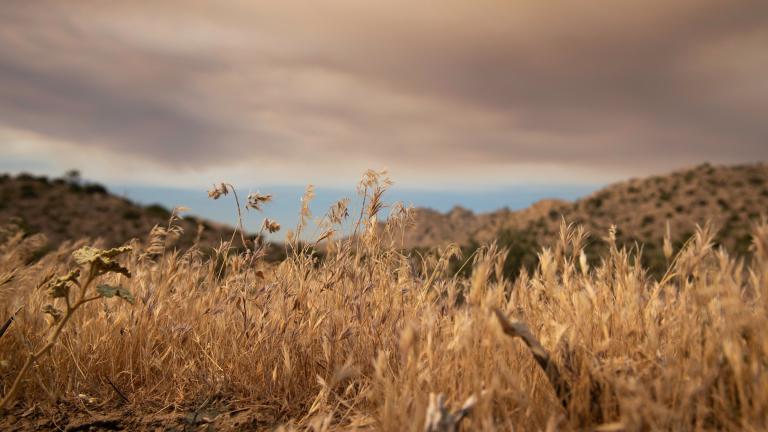 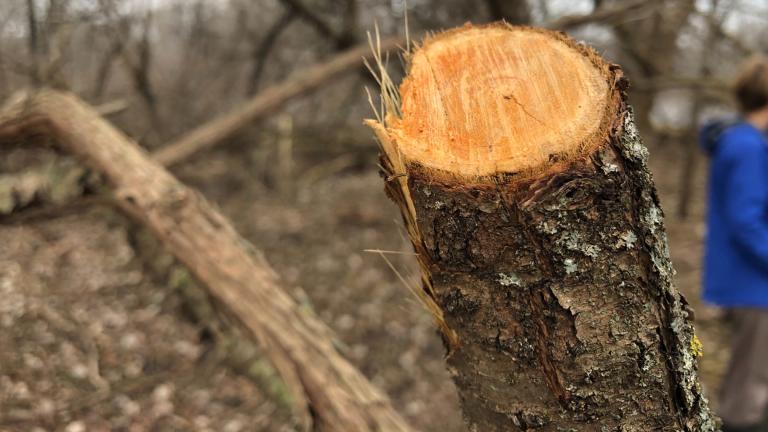 Buckthorn Is Highly Invasive, But What Does it Even Look Like? Here’s an ID Hack