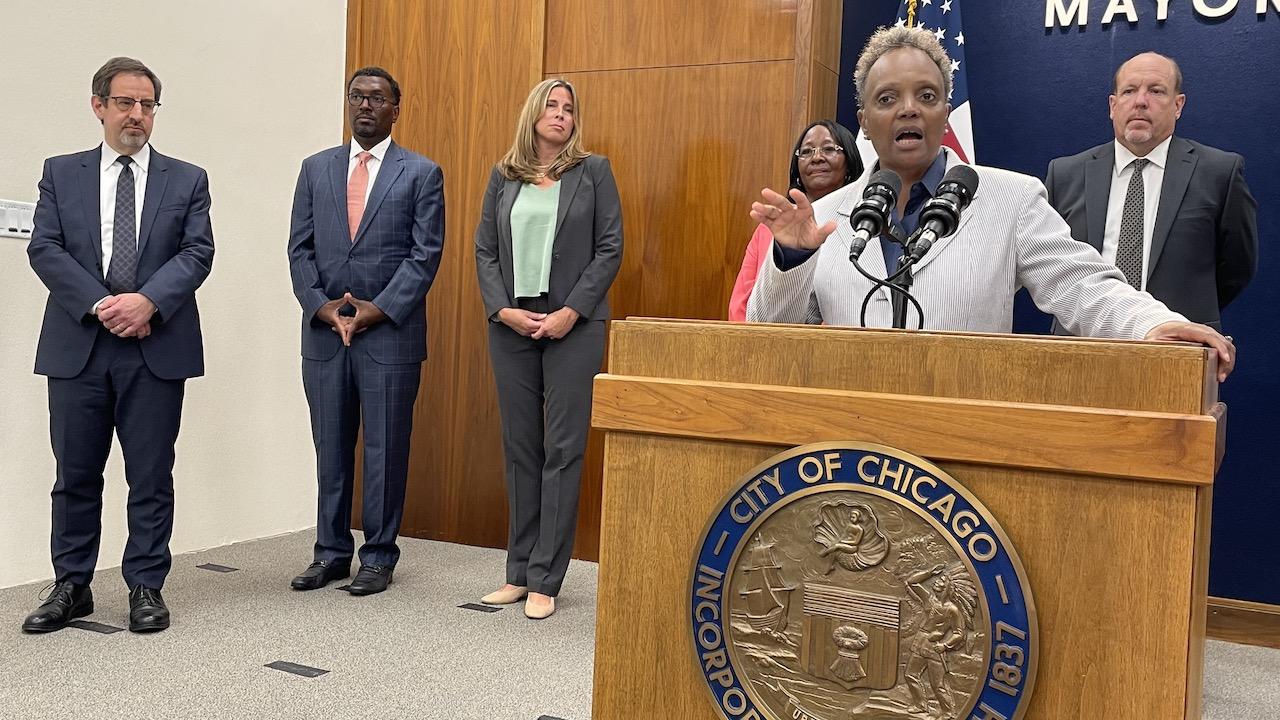 The interim commission that oversees the Chicago Police Department released an analysis on Thursday that found the department is not using its $1.94 billion budget “effectively or equitably” because it lacks “a long-term, data-driven strategy to reduce violence.”

The 16-page report was the first action of the Community Commission for Public Safety and Accountability after it finally launched at the end of August, more than eight months behind schedule. A final vote by the Chicago City Council on Lightfoot’s $16.4 billion plan is scheduled for Monday.

“Our spending on public safety is not delivering the results our communities need,” wrote commission President Anthony Driver in a letter to the City Council. “We need to spend better and more strategically. Workforce allocation problems also create untenable and unacceptable work conditions for Chicago police officers. They deserve better.”

The commission’s report criticized the short time its members had to review the police department’s budget, saying that its assessment found reasons for “deep concerns.” The report concludes with more than three pages of questions for the department’s leadership.

“Preliminary evidence suggests that the Police Department is not using its budget effectively or equitably because it does not currently have a long-term, data-driven strategy to reduce violence,” according to the report. “Enormously consequential allocation decisions appear to be made ad hoc, in reaction to daily changes in crime trends, not as part of a carefully developed strategy.”

Leaders of the Police Department said in a statement they appreciated the commission’s input.

“Listening to and having open discussions with the residents we serve is essential to public safety,” according to the statement.

Representatives of the mayor’s office and budget office did not immediately respond to a request for a response by WTTW News.

“The commission will continue to push for greater transparency in the budget to ensure that the city is using its public safety resources most effectively to keep all communities safe from crime, violence and other preventable harms,” according to the report.

The commission’s report questions whether the department will dedicate enough resources to its new community policing initiative to allow officers “to build relationships with community members and work with them to identify and address local public safety challenges.”

In addition, the commission’s report asks department leaders to reassure its members that officers will complete the training ordered by a federal judge as part of a consent decree that is designed to address the findings of a 2017 Department of Justice report that determined Chicago Police officers routinely violated the constitutional rights of Black and Latino Chicagoans. That probe was ordered in the wake of the 2014 murder of 16-year-old Laquan McDonald by a former Chicago police officer.

Chicago Police Superintendent David Brown fired the official charged with ensuring that the department compiles with that court order in early August. That official was fired after he said Brown’s decision to redeploy officers to patrol would make it impossible for the department to comply with the court-ordered training requirements.

The commission’s report also echoed concerns raised by Chicago’s inspector general that the department has not addressed the root causes of the misconduct that has forced the city to pay $250 million to resolve lawsuits against officers between 2017 and 2020.

“Despite the immense harm and staggering cost associated with improper uses of force, police-involved traffic collisions, and other avoidable problems, the Police Department and City of Chicago Department of Law do not systematically assess opportunities to reduce harm, reduce costs, and reduce opportunities for litigation, make appropriate changes to training and policy, and monitor progress,” according to the report. “We simply cannot afford a system and a culture in which we don’t do more to learn from our mistakes and correct them.”

The interim commission, chosen by Lightfoot from nominees selected by the City Council, will be replaced with a permanent commission after February’s election.

Voters in each of Chicago’s 22 police districts will elect three people to a new council to oversee public safety in that area. Those councils will nominate seven people — to be confirmed by the mayor and the City Council to oversee the entire city and department.

The commission has the power to set policy for the police department, subject to a veto by the mayor that could be overridden by a two-thirds vote of the City Council.

The commission will conduct a search for a new police superintendent when that position becomes vacant and fill empty spots on the Chicago Police Board, which disciplines officers.