Michael Kutza was just 22 years old when he launched the Chicago International Film Festival. At the time, he was advised to lie about his age to make himself seem older and more experienced.

In 1965, with the help of a silent film star – and later with a little assistance from Sophia Loren, Sidney Poitier, Jack Nicholson and a thousand others – he created a film festival that brought the world to Chicago.

Now he’s written down his life story in a new memoir.

The 1975 world premiere of “One Flew Over the Cuckoo’s Nest” took place at Chicago’s Granada Theater with all the stars present. It happened because of the vision and determination of one man who grew up on Chicago’s West Side.

“Being a one-man show, which is what I was, saved a lot of money but you got it done the way you wanted to get it done,” said Michael Kutza, founder of the Chicago Film Festival. “It took a while for me to let things go, to have a team, a whole team. Because I wanted it to be perfect, as I saw it to be perfect.”

The world premieres and visits from superstars of cinema all started with help from silent film star Colleen Moore, who had retired in Chicago. And it was columnist Irv Kupcinet who introduced them.

“I met so many of these early, early directors and stars from Colleen. Her husband had died, her fourth husband had died.  She was this widow, and I came along and sort of put a new spark in her life,” Kutza said. “… So that’s how I’d meet Myrna Loy at lunch or Lillian Gish or Joan Crawford.”

For Kutza, putting together the festival involves more than just logistics.

“You take six months, you find the films from all over the world, then you put them together and you put the festival together,” he said. “Then you’re faced with these directors and talents that you’ve invited here, and you have to deal with them, and then you realize there’s more than just inviting them to Chicago. They all have idiosyncrasies. You have to make them happy.”

He took care to cater to the needs of the festival’s stars.

“They need a certain kind of wine in the car or Shirley MacLaine, ‘I’ve got to have Pepsi Cola!’ While Jack Nicholson’s always smoking a joint, so he’s always high, so he was easy to deal with back in those days,” Kutza said.

For Kutza, he approaches the process as a fan.

“I believe in honoring the talents in the film industry, and we brought them all here,” he said.

Kutza remains the CEO emeritus of the festival he founded 57 years ago. And he’s had his hand in many festivals around the world.

“I was working Berlin for 12 years and Italy for 10 years and the Venice Festival. I’ve helped a lot of people put festivals together,” he said. “I became programmer or helped them get a star there or something like that. I took Roger Ebert to his very first film festival in Iran because I was working in Iran.”

And Kutza made a lot of famous friends. His life story would make for its own movie.

Kutza’s book, “Starstruck,” was just released. The opening of the 58th Chicago International Film Festival launches Oct. 12 with a block party in front of the Music Box Theater. 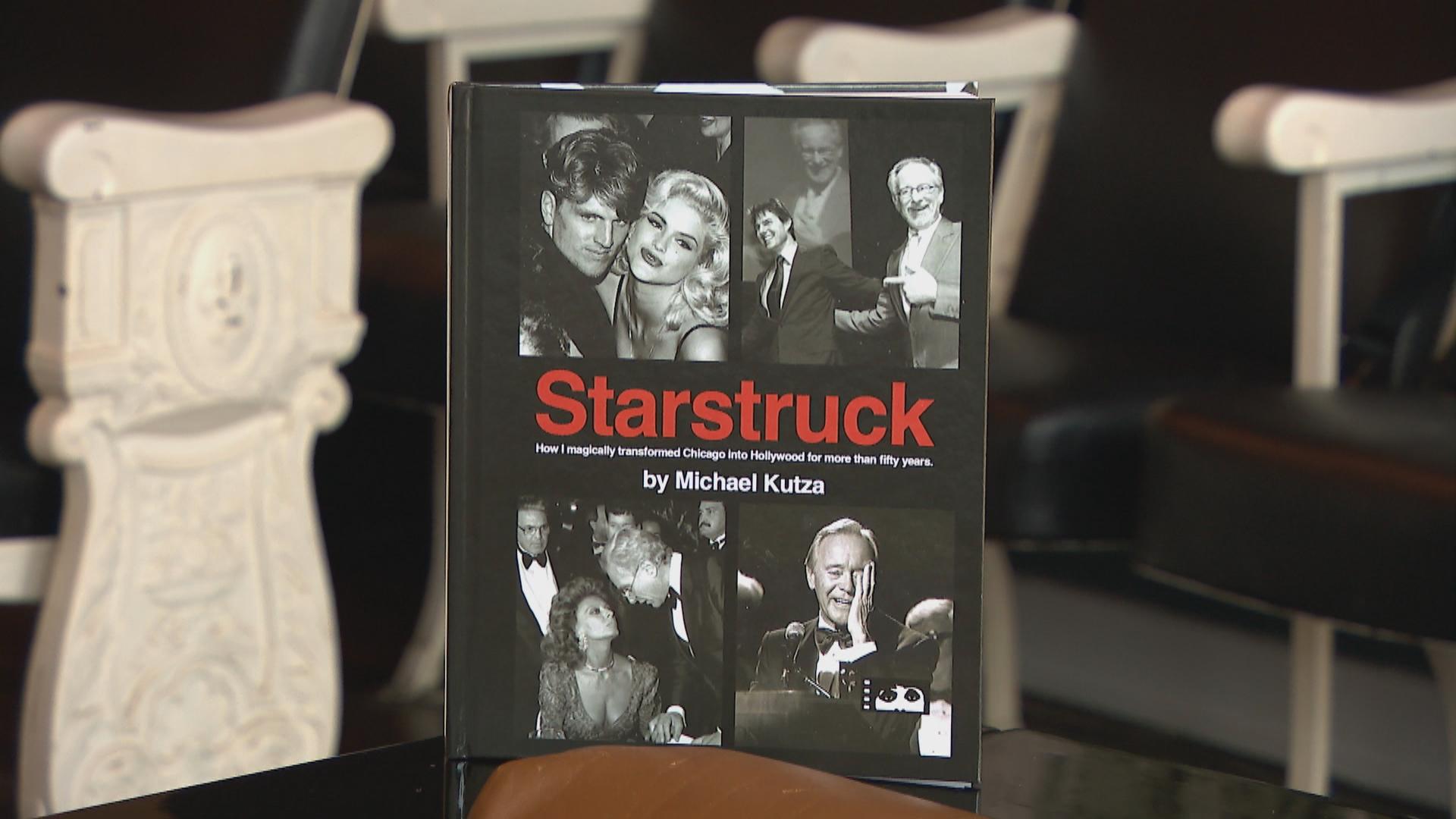 “Promoting the city was my promise to Mayor Daley, the old – I always say the real Mayor Daley, the big guy. He was wonderful. He was like a father figure. I could make him laugh. I think that’s the secret of life – you’ve got to have some humor going on. And he’d say ‘Those films you show can lose me votes.’ And I said yes, they can. He said, ‘Just don’t put my name on anything. I’ll help you, but just don’t put my name on anything.’”

Sophia Loren and how some actors “become” their persona

“Sophia Loren takes care of her own face and hair. Faye Dunaway does the same. Faye has like a mask, like layers, like a porcelain figure. Ann-Margret’s husband was in the room at the hotel, and we were having lunch and her mother came in from Sweden — remember Ann-Margret went to Northwestern for a while here in Chicago. And we’re finishing lunch and her husband, Roger Smith was his name, said ‘It’s time for you to become Ann-Margret.’ And I’d never witnessed that before. And I saw that with Ann Miller the famous dancer of MGM at her house in Beverly Hills. She said, ‘I’ve got to leave you now, because I’ve got to become “Ann Miller.” That was wild to me.”

“What I found with all of the talent — I’ve been very lucky because they trust me and we become friends — the agent or the handler has to be around because you’ve got to protect the talent. The talent is so easygoing and they’re such normal people really. I mean you hear: Oh she’s a diva. She isn’t a diva. She’s alone. She’s lonely. Just treat the person like a human being, but then when you have the crowds running after them they do need protection. I mean Tom Cruise is the perfect example. He’s a nice guy and he’ll say yes to anything. You need someone around saying ‘No, Tom. You have to go back to work, you have to go do this.’ I found that with most of them, except Lauren Bacall [laughs].”