Chicago’s Oldest House Set for an Unusual Renovation: It’s Getting a New Name 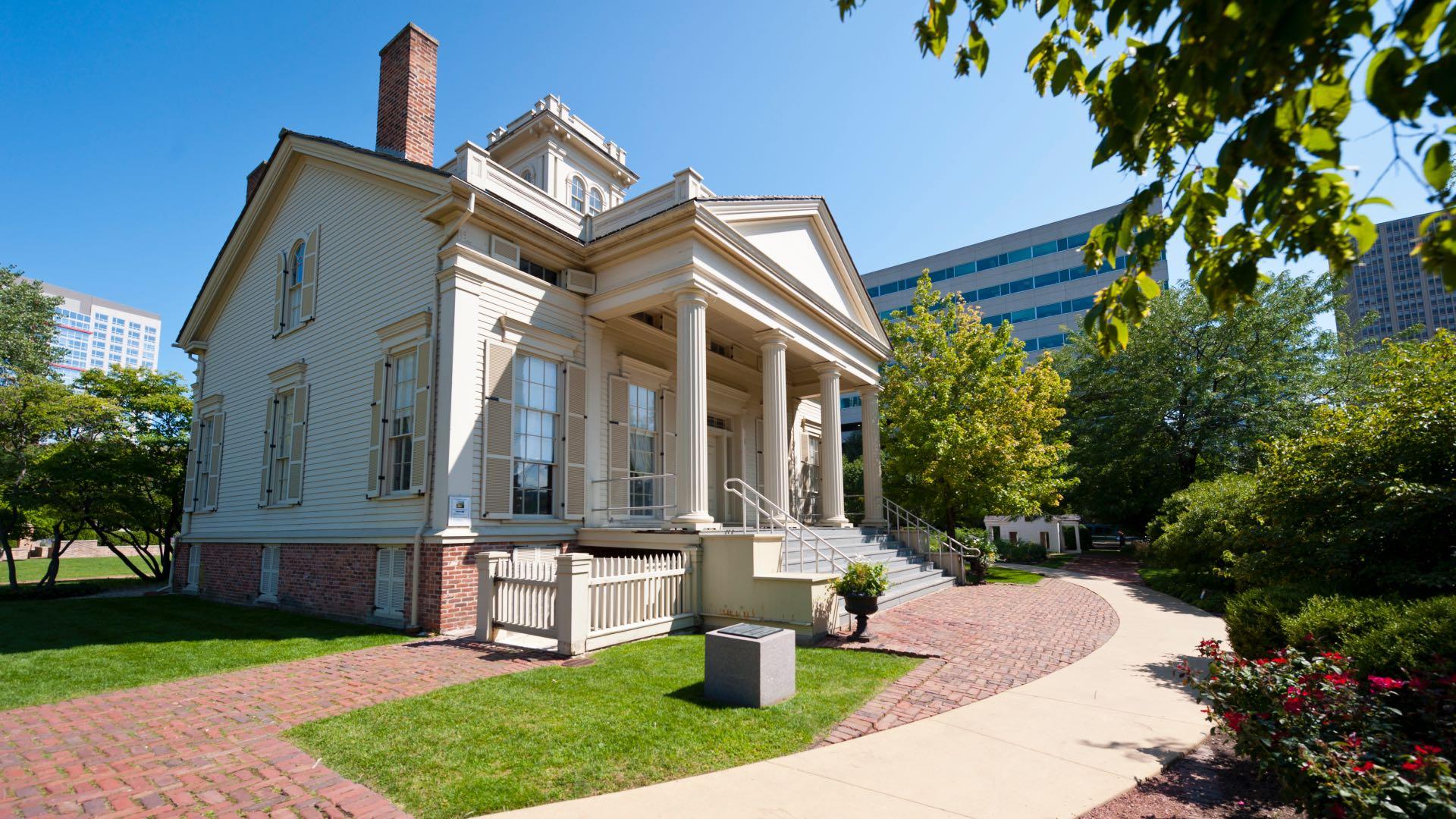 The Clarke House Museum. (Courtesy of the Department of Cultural Affairs and Special Events)

Built in 1836, the Henry B. Clarke House survived the Chicago Fire, has been moved twice — including a dramatic hoist over the Green Line rail tracks — and witnessed the city’s growth from prairie outpost to great metropolis.

Now operated as the Clarke House Museum, the landmark is preparing for yet another change. It’s getting a new name.

An ordinance introduced at Wednesday’s meeting of City Council, and expected to come up for final vote in November, would have the house become the Henry B. and Caroline Clarke/Bishop Louis Henry and Margaret Ford House (a mouthful that will be commonly shortened to “Clarke-Ford House”).

According to city officials, the revised name will provide a more complete history of the house, respecting not only the ownership of Caroline Clarke, who held onto the home after being widowed, but also the stewardship of Bishop Louis Henry and Margaret Ford.

The Fords came to the building’s rescue in 1941, when the house had become too much of a burden for its then owners, the Chrimes family.

“This will allow us to not only acknowledge the house’s original owners, but also the significant contributions of Bishop Louis Henry and Margaret Ford in preserving its legacy for future generations to cherish,” Mayor Lori Lightfoot said in a statement.

Ford and the St. Paul Church of God in Christ built a church next to the house, with the stately home serving a variety of functions for the congregation, from offices to a parsonage.

In 1977, the church sold the house to the city of Chicago, which coordinated the building’s move to its current location at 1827 S. Indiana Ave. in the Chicago Women’s Park in the Prairie Avenue Historic District.

Today, the Clarke House Museum offers visitors a glimpse into what life was like in Chicago before the Civil War. Thanks to the decades-long involvement of the National Society of Colonial Dames in The State of Illinois, the house has been painstakingly restored to its 1860s appearance, a process that at times required chipping through as many as 27 layers of paint to determine the Clarkes’ original color scheme.

Museum tours have been temporarily paused since Sept. 1 to accommodate renovation work encompassing exterior repairs, painting and HVAC replacement. In the coming months, the Department of Cultural Affairs and Special Events plans to hire a curator to “reimagine the house’s public programming,” officials said.

The Clarke House has had multiple addresses over its nearly 200-year lifespan:

— Henry Clarke bought 20 acres in 1835 along the south shore of Lake Michigan. The property was roughly bounded by the lake, State Street, 16th Street and 17th Street (keeping in mind that none of these streets existed in 1835). The house was built at what’s now approximately 1700 S. Michigan Ave.

— The Chrimes family bought the house in 1872, a year after the Great Fire. The house was situated outside of the flames’ devastating path of destruction, but the Chrimes weren’t pressing their luck. They had the house moved 28 blocks south and one block west to 4526 S. Wabash Ave.

— The St. Paul Church of God in Christ sold the house to the city, but kept the land under it. With grants from the state of Illinois, the city was able to buy the property where the museum now sits — just one block south and one block east of the Clarke House’s original home. Complicating this second move: The Green Line had been built in the intervening century.

Here’s how events unfolded, courtesy of city sources: “The decision was made to lift the 120-ton structure over the ‘L’. The house was picked up and transported on wheeled dollies to the point where the ‘L’ crosses 44th Street between Calumet and Prairie Avenues. There the house was slowly jacked up 27 feet on wooden cribs until it stood slightly above the ‘L’ tracks. At exactly one minute after midnight on Sunday, December 4, 1977, when ‘L’ traffic was at a minimum, all train service on the line was halted. Temporary rails were laid across the tracks, cables were attached to the house, and trucks on the street below pulled the house slowly across the tracks.”

Then the equipment needed to lower the house froze, and the building remained aloft until two weeks later. This is a house, it seems safe to say, that can weather a name change. 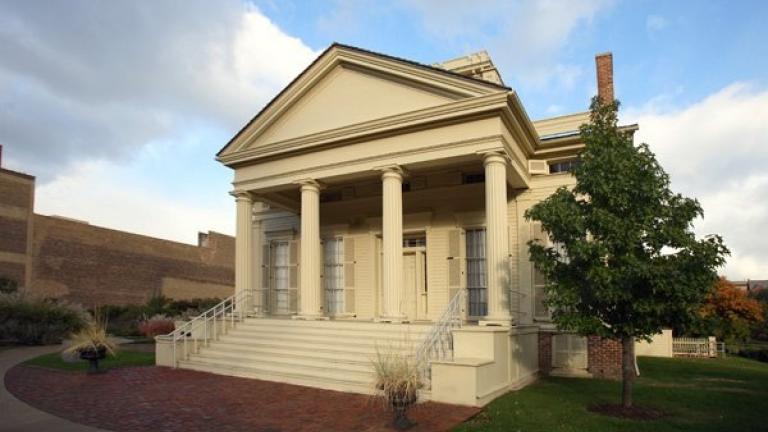