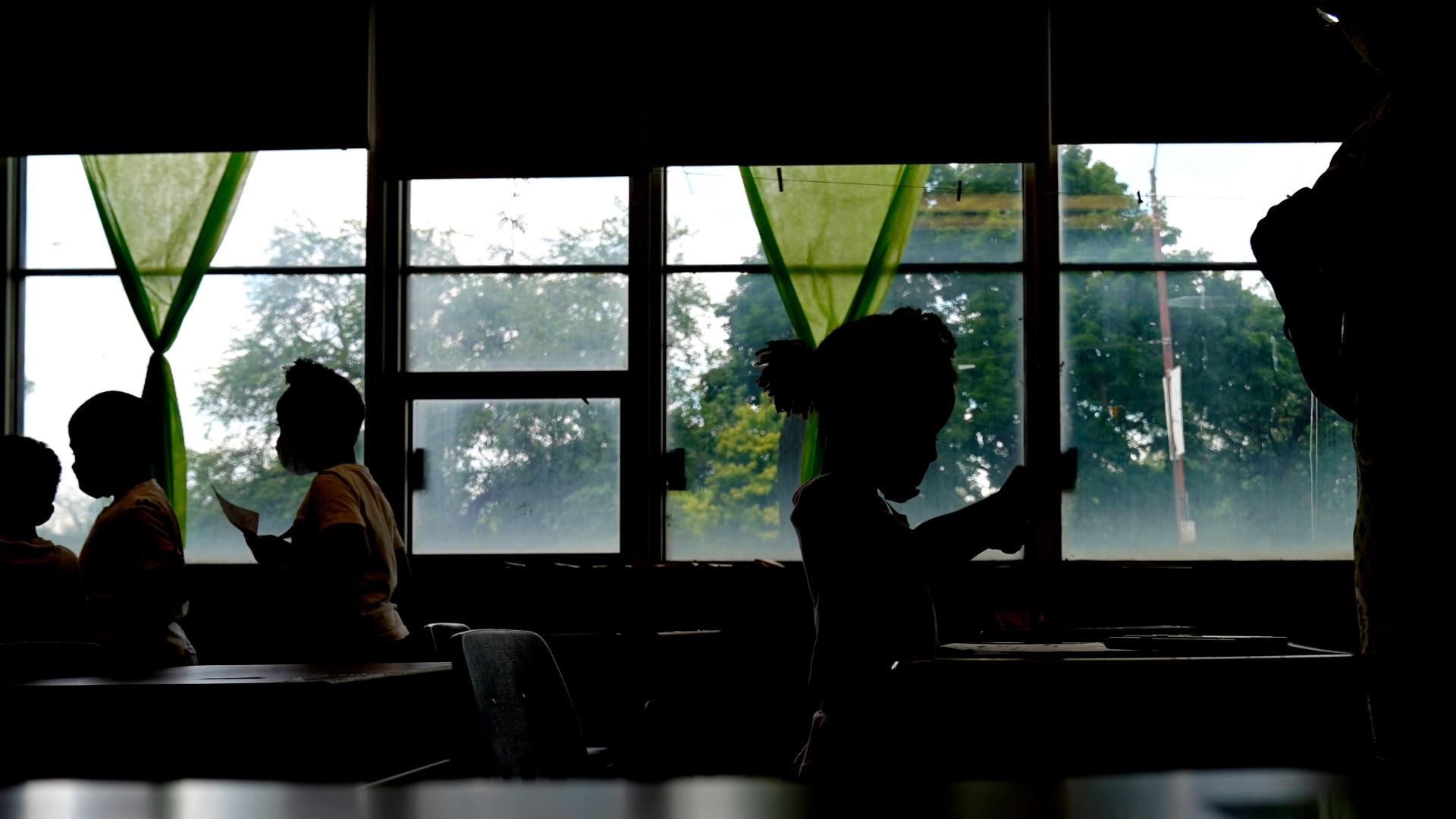 CHICAGO (AP) — On a recent morning inside Chalmers School of Excellence on Chicago’s West Side, five preschool and kindergarten students finished up drawings. Four staffers, including a teacher and a tutor, chatted with them about colors and shapes.

The summer program offers the kind of one-on-one support parents love. But behind the scenes, Principal Romian Crockett worries the school is becoming precariously small.

Chalmers lost almost a third of its enrollment during the pandemic, shrinking to 215 students. In Chicago, COVID-19 worsened declines that preceded the virus: Predominantly Black neighborhoods like Chalmers’ North Lawndale, long plagued by disinvestment, have seen an exodus of families over the past decade.

The number of small schools like Chalmers is growing in many American cities as public school enrollment declines. More than one in five New York City elementary schools had fewer than 300 students last school year. In Los Angeles, that figure was over one in four. In Chicago it has grown to nearly one in three, and in Boston it’s approaching one in two, according to a Chalkbeat/AP analysis.

Most of these schools were not originally designed to be small, and educators worry coming years will bring tighter budgets even as schools are recovering from the pandemic’s disruption.

“When you lose kids, you lose resources,” said Crockett, the Chalmers principal. “That impacts your ability to serve kids with very high needs.”

A state law prohibits Chicago from closing or consolidating schools until 2025. And across the U.S., COVID-19 relief money is helping subsidize shrinking schools. But when the money runs out in a few years, officials will face a difficult choice: Keep the schools open despite the financial strain, or close them, upsetting communities looking for stability for their children.

“My worry is that we will shut down when we have all worked so hard,” said Yvonne Wooden, who serves on Chalmers’ school council. Her children went to the pre-K through eighth-grade school, and two grandchildren attend now. “That would really hurt our neighborhood.”

The pandemic accelerated enrollment declines in many districts as families switched to homeschooling, charter schools and other options. Students moved away or vanished from school rolls for unknown reasons.

Many districts like Chicago give schools money for each student. That means small schools sometimes struggle to pay for fixed costs — the principal, a counselor and building upkeep.

To address that, many allocate extra money to small schools, diverting dollars from larger schools. In Chicago, the district spends an average of $19,000 annually per student at small high schools, while students at larger ones get $10,000, according to the Chalkbeat/AP analysis.

“I love small schools, but small schools are very expensive,” Chicago schools chief Pedro Martinez told the school board recently. “We can get some really creative, innovative models, but we need the funding.”

At the same time, these schools are often stretched thin. Very small schools offer fewer clubs, sports and arts programs. Some elementary schools group students from different grades in the same classroom, although Martinez has vowed that won’t happen next year.

Manley Career Academy High School on Chicago’s West Side illustrates the paradox. It now serves 65 students, and the cost per student has shot up to $40,000, even though schools like Manley offer few elective courses, sports and extracurricular activities.

“We’re spending $40,000 per pupil just to offer the bare minimum,” said Hal Woods of the advocacy group Kids First Chicago, which has studied declining enrollment in the district. “It’s not really a $40,000-per-pupil student experience.”

Small schools are popular with families, teachers and community members because of their tight-knit, supportive feel. Some argue districts should pour more dollars into these schools, many in predominantly Black and Latino neighborhoods hard hit by the pandemic. Schools serve as community hubs and points of local pride even as they lose students — as is the case in North Lawndale.

Race also looms large. Nationally, schools with more students of color are more likely to be closed, and those in affected communities often feel unfairly targeted.

The prospect of closing schools is particularly fraught in Chicago, where 50 schools were shuttered in 2013, most in predominantly Black neighborhoods. The move frayed trust between residents and the district and, according to University of Chicago research, markedly disrupted learning for low-income students.

In Boston, where the district had been losing students well before the pandemic, families are skeptical of closures.

Among the schools most at risk is P.A. Shaw Elementary School in Boston’s Dorchester neighborhood. Revived from a previous closure in 2014, the school had just over 150 students last year, down from 250 in 2018. After making plans to eliminate two classrooms earlier this year — seen by some as a harbinger of closure — the district faced blowback from parents and teachers.

Parents rallying behind the school included Brenda Ramsey, whose 7-year-old daughter, Emersyn Wise, is entering second grade. When Ramsey became homeless and went to stay with family during the pandemic, teachers from Shaw drove half an hour to deliver schoolwork. Later, the school’s staff helped Ramsey find permanent housing.

Ramsey, 32, still remembers the joy she felt when she and her two daughters first visited Shaw.

“The principal looked like them — she was a young Black woman who was excited to see them,” she said.” They were really big on family engagement, family involvement, and that’s just something you don’t see that often.”

Now, with the school’s fate in question, Ramsey is debating whether to keep Emersyn there.

Ramsey’s dilemma illustrates what the district calls its “cycle of declining enrollment”: Schools’ enrollment falls, leading to financial instability — which prompts even more families to leave. The problem is often worse at schools with more students of color.

“It means you have to uproot,” she said. “And then if parents don’t like it, then they’ll remove their children from the public school system, which again adds to the toxic cycle.”

“School budgets have been cut as a way to keep more schools open,” said former Oakland board member Shanthi Gonzales, who resigned in May soon after voting to support school closures. “There are really awful tradeoffs.”

Elsewhere, leaders — buoyed by federal COVID-19 relief funds — have continued to invest in these schools.

Chicago will use about $140 million of the $2.8 billion in COVID-19 relief it got to help prop up small schools this school year, officials said. Martinez, who took over as schools chief last fall, has sidestepped talk of closures, saying he wants to study how the district can make its campuses more attractive to families — and push for more money from the state.

In Los Angeles and New York City, officials say they’re focused on luring students back into the system, not school closures.

But federal relief money will run out soon: districts must budget that money by September 2024. When it does, districts may be hard pressed to keep all of their small schools afloat.

“It’s a huge problem,” said Bruce Fuller, an education researcher at University of California, Berkeley. “It’s going to be increasingly difficult for superintendents to justify keeping these places open as the number of these schools continues to rise.”