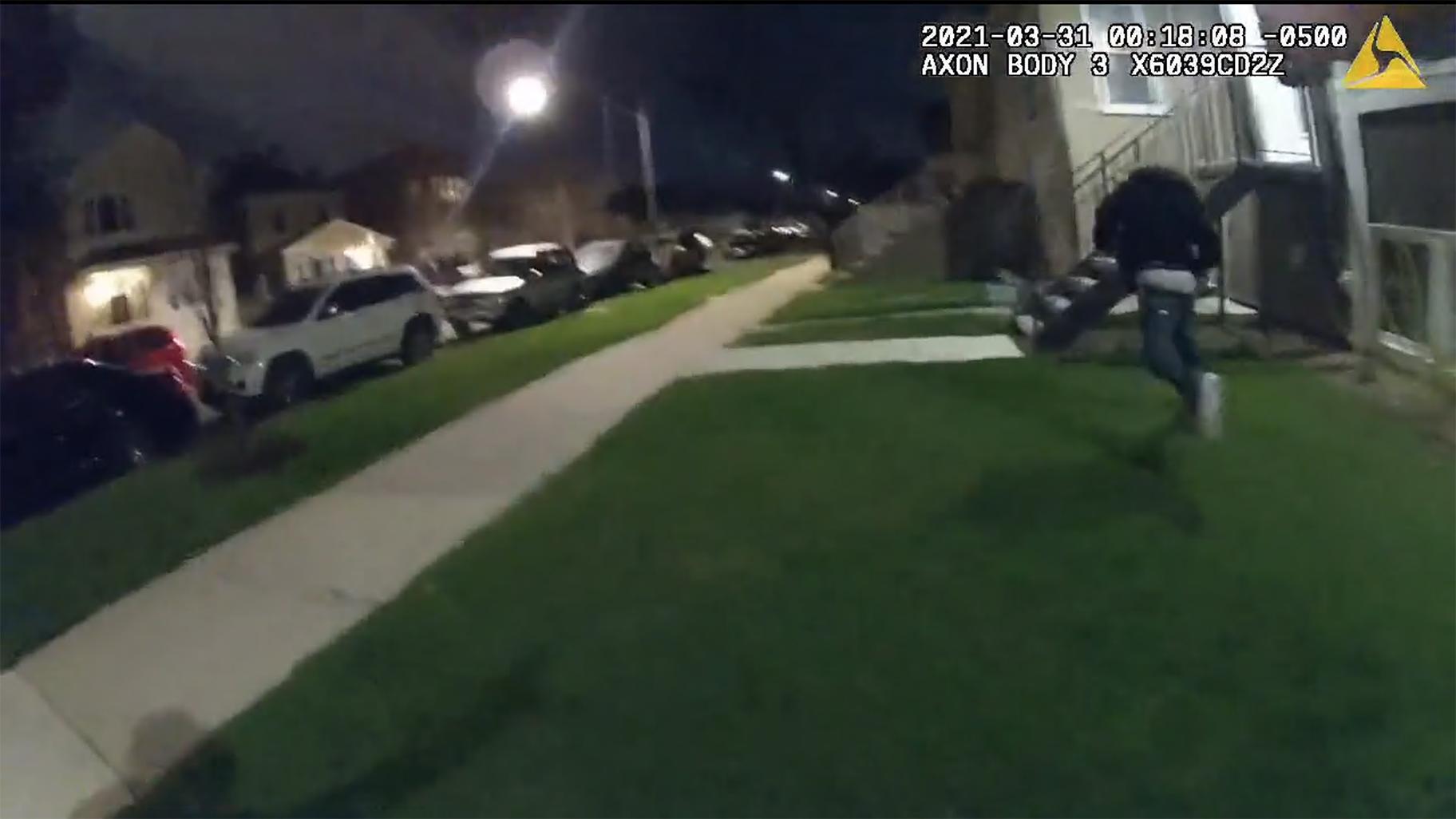 The officer who shot and killed 22-year-old Anthony Alvarez after a foot chase on March 31, 2021, will not be fired, a member of the Chicago Police Board ruled Thursday.

The Civilian Office of Police Accountability, known as COPA, recommended that Officer Evan Solano be fired for shooting Alvarez in the back and killing him after a brief chase in Portage Park, but Chicago Police Supt. David Brown disagreed with that conclusion.

That meant it was up to a randomly chosen member of the Chicago Police Board to determine whether Brown met “his burden of overcoming” COPA Chief Administrator Andrea Kersten’s recommendation.

Former federal prosecutor Steven Block sided with Brown, who recommended that Solano be suspended for 20 days. Block could have sent Solano’s case to the full Police Board, which could have terminated him, but chose not to do so.

In a 31-page ruling, Block determined Solano’s decision to shoot Alvarez in the back was “objectively reasonable, necessary, and proportional in order to ensure his own safety and the safety of his partner.”

Block was appointed to the police board in December 2021 by Mayor Lori Lightfoot, a former president of the Chicago Police Board, which is charged with determining serious discipline against police officers.

Alvarez’ family said they were “appalled” by Block’s decision.

“This wrongheaded decision is particularly galling when the entire city witnessed Officer Solano — just months after killing Anthony Alvarez — brandish his service weapon during a road rage incident while onlookers pleaded for him to ‘calm down,’” according to a statement released by their lawyer Todd Pugh. “Today’s decision is not only a gut-punch to the Alvarez family, but it perpetuates the message that encounters with the Chicago Police Department remain potentially lethal. As is too often the case, it is our Communities of Color that are most vulnerable to victimization during these encounters.

During COPA’s probe, Solano was stripped of his police powers. Block Club Chicago reported that Solano is the subject of a second investigation for pointing his gun, while in uniform, at another driver during a Logan Square road rage incident on May 21, 2021, that was captured on video by onlookers.

Two days before Alvarez’ death, another Chicago Police officer shot and killed 13-year-old Adam Toledo after a foot chase. The deaths prompted widespread outrage and fury that the Chicago Police Department did not have a policy setting the rules for foot chases.

In a statement, COPA officials said the agency “firmly stands by our investigation, findings, and recommendation of discipline.”

“In our city and because of the long history of distrust in our systems of government, every incident that results in the death of someone at the hands of law enforcement should result in a full evidentiary hearing,” Kersten said.  ”This is not about winning or losing, but about facts, evidence and testimony being presented before the full Police Board before a final decision is determined. We respect the process but strongly disagree with the final decision put forward by the one-member review. We believe this case was deserving of a full evidentiary hearing before the entire Police Board and a review of the rules governing this process is warranted. Impacted parties and the residents of the city of Chicago deserve to have all the facts and evidence presented in a full, public hearing.”

Cook County State’s Attorney Kim Foxx declined to file criminal charges against Solano in connection with the death of Alvarez.

Alvarez had been walking by himself near a Portage Park gas station around 12:18 a.m. on March 31, 2021, when Solano and his partner — who knew Alvarez from a failed traffic stop the night before — activated the lights of their squad car and began a pursuit.

Alvarez began to run, and the officers started chasing him on foot. Alvarez — who was carrying a gun in his right hand and his phone in his left — made his way through an alley and then on to Eddy Street, where he slipped and fell on a residential lawn.

When Solano caught up to him there, he believed Alvarez was “waiting to ambush him,” Foxx said when announcing her office’s decision. The officer then drew his gun and, as Alvarez got up and looked back, fired five shots in a span of one second, striking Alvarez in the back and thigh.

Foxx said it was the officers who “created the conditions” under which “the use of deadly force became necessary.”

Officers should not have pursued Alvarez because they did not observe him committing any crime and he had only been sought prior for a traffic offense. Solano and his partner knew Alvarez’s home address, and should have contacted him there, Foxx said.

“The frustration is, we got into this situation because of the actions of the officers initially,” Foxx said.

Alvarez’s family has sued the city.

The Department of Justice determined in 2017 that officers routinely violated the constitutional rights of Black and Latino Chicagoans and urged the department to adopt a policy regarding foot chases, which have repeatedly led to the deaths of Chicagoans fleeing the police.

After the deaths of Alvarez and Toledo prompted outrage and protests, Brown crafted the Chicago Police Department’s first foot chase policy and promised it would protect the safety of officers, the public and those being pursued.

However, Attorney General Kwame Raoul said the policy, which has been in place since June, was developed too quickly and was insufficient. The policy was also criticized by the ACLU of Illinois and community groups as too vague and said it gave officers too much discretion to chase someone they suspected of a crime.

Foot pursuits stemming from minor traffic offenses — which is what preceded the shooting of Alvarez — would be prohibited under the revised policy. That policy was finalized last month.

The draft policy also expands the role of supervisors to ensure there is appropriate supervision and communication if a pursuit is initiated, according to a statement from the police department. However, officers would not need pre-approval from their supervisors in order to conduct a foot pursuit.

Officers are prohibited from pursuing suspects on foot if they are suspected of a crime less serious than a Class A misdemeanor.