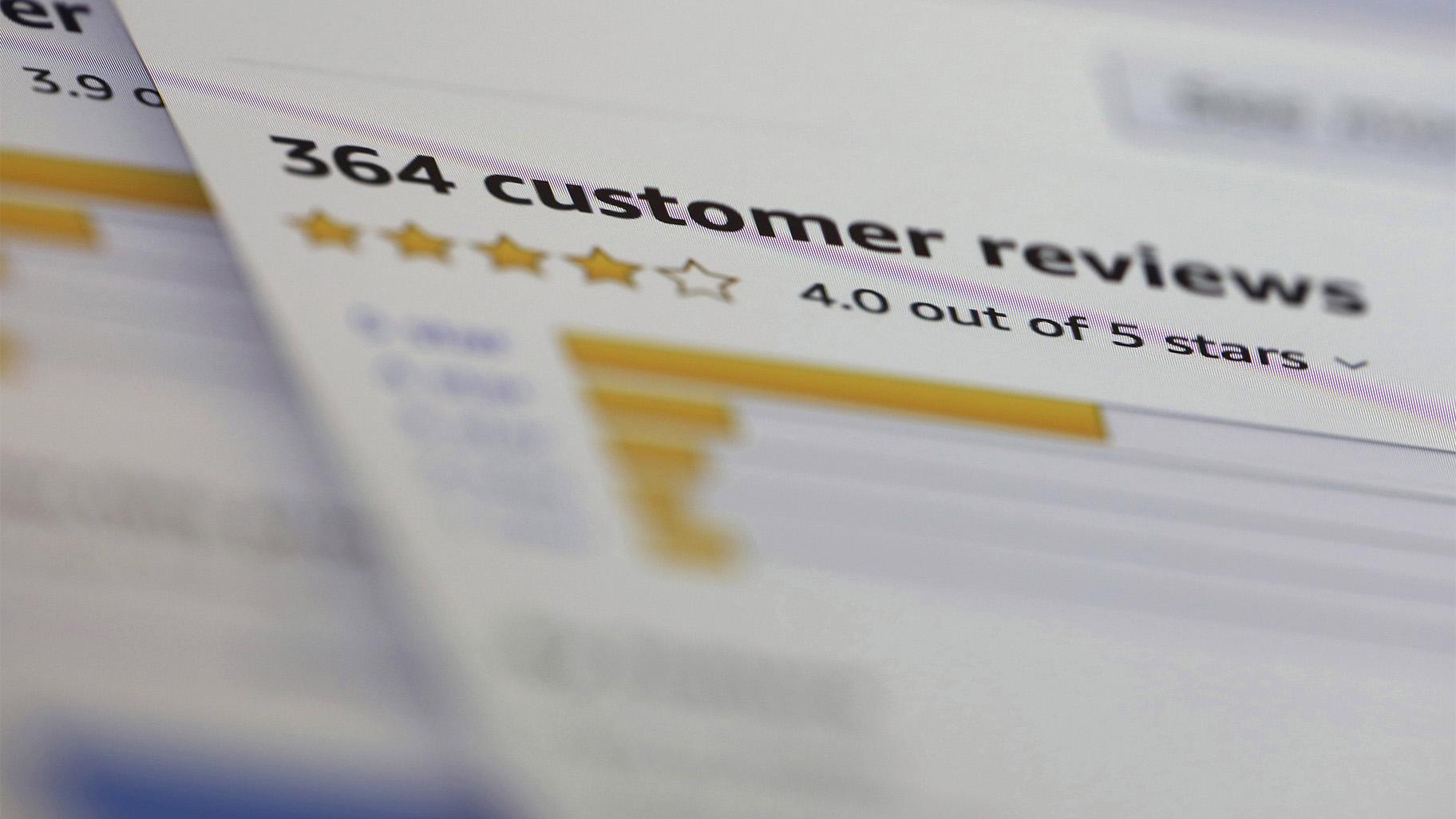 In this April 17, 2019, file photo online customer reviews for a product are displayed on a computer in New York. (AP Photo / Jenny Kane, File)

Amazon has filed a lawsuit against administrators of more than 10,000 Facebook groups it accuses of coordinating fake reviews in exchange for money or free products.

The Seattle-based e-commerce giant said in a statement posted on its website Tuesday the Facebook groups were set up to recruit people “willing to post incentivized and misleading reviews” across its stores in the U.S. the UK, Germany, France, Italy, Spain and Japan.

The problem over phony reviews is not new for Amazon, or e-commerce as a whole. Amazon itself has previously sued people it said were offering fake testimonials, though lawmakers and regulators have questioned whether the company was doing enough to combat the issue. Last year, U.K. competition regulators launched a probe into whether the online retailer and Google were taking adequate actions to protect shoppers.

In the statement, Amazon said one of the Facebook groups it’s targeting, called “Amazon Product Review,” had more than 43,000 members. The company said Facebook removed the group this year, but it was able to dodge the platform’s detection by “changing letters in phrases that might set off Facebook’s alarms.”

Amazon noted since 2020, it has reported more than 10,000 fake review groups to Meta, the parent company of Facebook. Meta has removed half of these groups and is investigating the others, Amazon said.

The retailer’s announcement comes as another side of the company’s operations is facing more scrutiny. On Tuesday, federal labor officials confirmed to the AP the Occupational Safety and Health Administration has opened inspections at Amazon facilities in New York, Illinois, and Florida after receiving referrals alleging safety and health violations from the U.S. Attorney’s Office for the Southern District of New York.

Nicholas Biase, a spokesperson for the U.S. Attorney’s Office in New York, said federal labor officials entered the Amazon warehouses on Monday morning after their office made referrals about “potential workplace hazards,” including “Amazon’s required pace of work for its warehouse employees.”

Biase said the civil division of the U.S. attorney’s office is investigating safety hazards at the company’s warehouses across the country, as well as “fraudulent conduct designed to hide injuries from OSHA and others.” The office is encouraging current and former Amazon warehouse workers to report workplace safety issues directly to them.