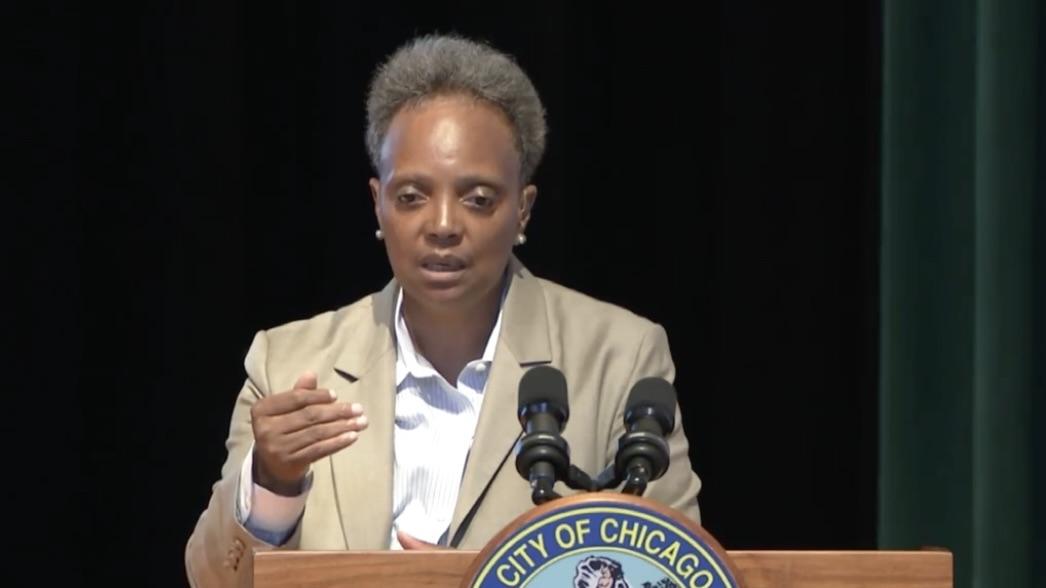 Mayor Lori Lightfoot on Monday defended her demand that an overhaul of the city’s governmental ethics ordinance change the way the Chicago Board of Ethics investigates elected officials suspected of violating the law.

A final vote on the reworked measure is scheduled for Wednesday’s full City Council meeting. The reworked proposal unanimously cleared the Ethics and Government Oversight Committee on Friday, with the support of the panel’s chair, Ald. Michele Smith (43rd Ward), and the Chicago Board of Ethics.

In her first public remarks on the revised measure — which had been stalled since April after it ran into a brick wall of opposition from the mayor — Lightfoot said she “totally disagreed” with the determination by civic watchdog group Better Government Association, known as the BGA, that the revised measure is weaker than the original proposal.

Despite the changes, the BGA endorsed the reworked proposal and said it was still “a valuable update to the city’s good-government laws” despite the revisions made at the mayor’s request.

Bryan Zarou, the director of policy for the BGA, told WTTW News the group’s statement “speaks for itself.” The BGA did not criticize the provision the mayor defended on Monday.

Lightfoot said her demand that the reform package include a provision that would have benefitted several of her allies who have found themselves in the crosshairs of the Chicago Board of Ethics would ensure “due process” for those facing sanctions.

Conlon was initially appointed to lead the Board of Ethics by former Mayor Rahm Emanuel and re-appointed by Lightfoot in September 2021 to another four-year term. His remarks came at the board’s regularly scheduled monthly meeting, which took place hours after Lightfoot’s remarks.

Conlon said during the meeting that the board’s processes are “straightforward” and “fair” and “offer due process.”

After the meeting, Conlon told WTTW News that Lightfoot’s remarks were “very unfortunate.”

Lightfoot ran for mayor in 2019 on a platform promising to root out corruption at City Hall and toughen the city’s ethics regulations. However, the issue of ethics reform fell nearly completely off the mayor’s agenda amid the continuing COVID-19 pandemic and a public safety crisis that sent violent crime to the highest levels in nearly 25 years.

Although Lightfoot could have supported the election-year ethics reform proposal and burnished her credentials as a reformer, it has instead become a point of conflict between the mayor and Smith, whom she handpicked to lead the City Council's Ethics Committee.

Lightfoot's remarks on Monday indicate a deep schism between her and the appointed Board of Ethics.

If the revised measure is approved, it would change the way Ethics Board decides whether there is probable cause to believe the city’s Governmental Ethics Ordinance has been violated, the first step to levy fines, which would spike from $5,000 to $20,000.

While the board refers complaints that require a probe to the city’s inspector general, it can act in cases that do not require a “factual investigation” and where an ethics violation is apparent and based on publically available records. The board’s rules require the elected official’s name be kept confidential throughout the process.

Once the board determines there is probable cause that a violation has occurred, it contacts the official and gives them an opportunity to rebut the board’s determination before a final decision is made and any fines levied.

That violates “due process,” Lightfoot said.

The Ethics Board has found probable cause that a number of Lightfoot’s allies on the Chicago City Council have violated the city’s ethics ordinance using the process the mayor wants to see changed.

The Board of Ethics found probable cause in April that Ald. Nicholas Sposato (38th Ward) violated that law by appearing in photographs used on his social media page on city property while dressed in a firefighter’s turnout coat while gripping the handle of a Chicago Fire Department fire engine with the department’s official logo clearly visible.

Ultimately, the board agreed not to punish Sposato after he promised to follow the rules in the future. The Jefferson Park resident who filed the official complaint has repeatedly told city ethics officials Sposato is continuing to flaunt the law.

While city law prohibits the use of city property for political purposes, the revised measure would permit “incidental” use of the city seal in a video or photograph that has a disclaimer attached that it is not an official city of Chicago production. That change was made at Lightfoot’s request.

The board determined that there was probable cause that the ordinance had been violated in June in a case involving “campaign-related content in an official ward newsletter, emailed from a cityofchicago.org email address, contrary to clear board guidance on the improper mixing of political and official content in newsletters and websites that was sent to all city elected officials in January 2020.”

The board voted unanimously on Monday to continue that case until its August meeting to allow the elected official involved to provide materials and appear before the board before a final determination is made.

WTTW News was first to report that the possible ethics violations involved Sposato and Curtis.

The Board of Ethics also found probable cause and then fined two other Lightfoot allies for violating the city’s ethics ordinance: indicted Ald. Carrie Austin (34th Ward) and Ald. Howard Brookins (21st Ward).

Neither Austin nor Brookins paid the fine levied against them by the Ethics Board.