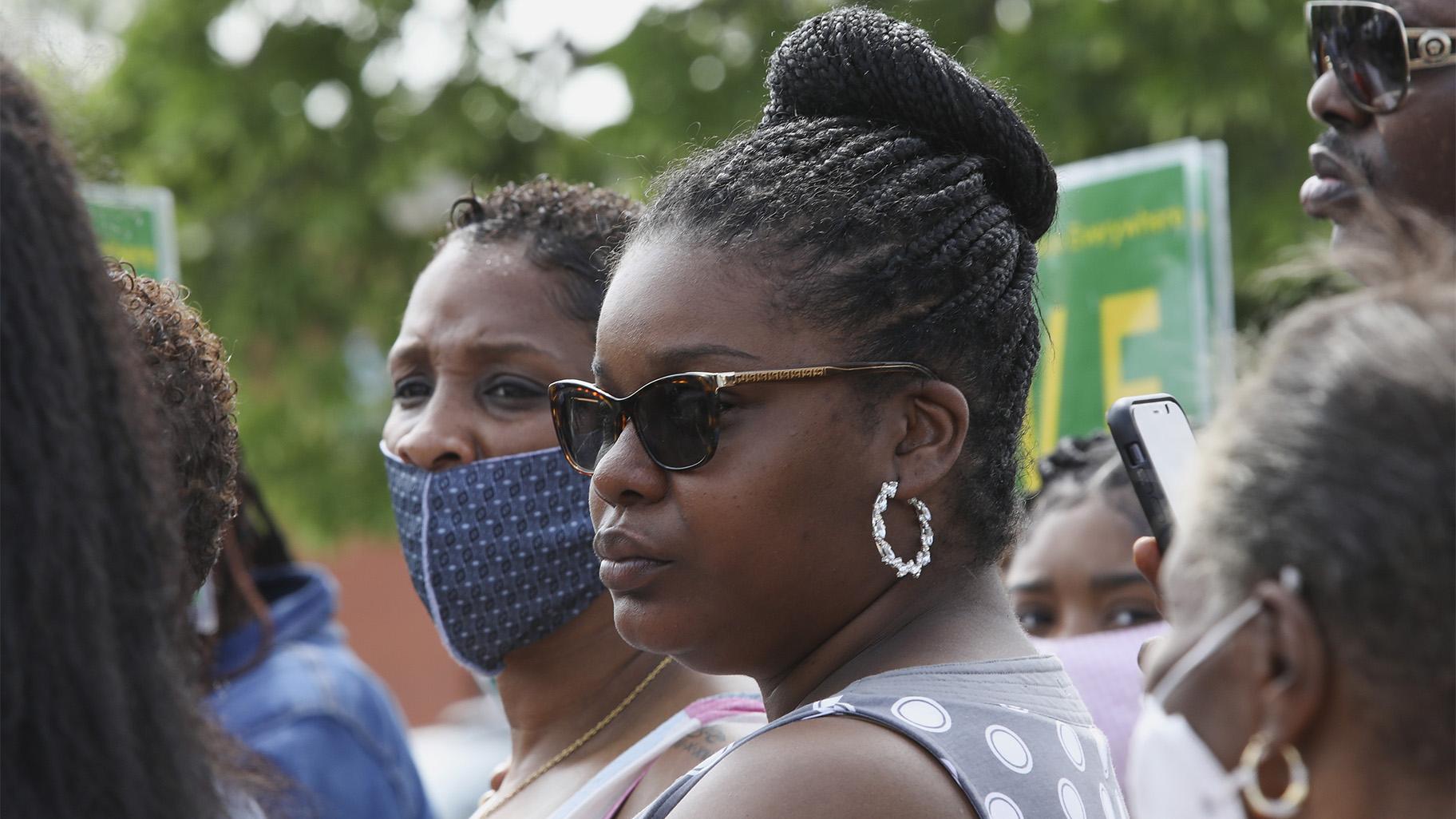 Mia Wright, center right, and is seen after speaking with reporters on June 4, 2020, in Chicago. A Chicago police officer accused of dragging Mia Wright from a car by her hair and kneeling on her back and neck during a period of protests and unrest following George Floyd's killing should be fired, the head of the police department told a civilian oversight board. (AP Photo / Teresa Crawford, File)

CHICAGO (AP) — A Chicago police officer accused of dragging a Black woman from a car by her hair and kneeling on her back and neck during a period of protests and unrest following George Floyd’s killing should be fired, the head of the police department told a civilian oversight board.

Superintendent David Brown filed disciplinary charges this month against Officer David Laskus and recommended he be fired to the Chicago Police Board, which will decide the issue.

The police union didn’t immediately reply to a message Thursday seeking the name of Laskus’ lawyer.

Brown charged Laskus with violating various department rules, including mistreating and engaging in any unjustified verbal or physical altercation with a person, according to police board records.

Mia Wright was a passenger in a car that arrived at the Brickyard Mall on May 31, 2020, during a weekend of protests and unrest, including looting, after the killing of Floyd, who was Black, by a white police officer in Minneapolis.

A federal civil right lawsuit Wright and four relatives filed states that they drove to the mall to go shopping and didn’t realize it was closed due to the unrest. The suit alleges that police officers suddenly surrounded their car, broke the windows with their batons and pulled Wright out by her hair.

Wright says she was left blind in one eye by flying glass caused by the officers breaking the car windows.

Officers said they thought some members of Wright’s group were attempting to break into a store at the mall to steal goods, city lawyer Caroline Fronczak has said.

The City Council in March approved a $1.675 million settlement with Wright and the four others who were with her that day.