Cook County Board of Commissioners President Toni Preckwinkle and Oak Park lawyer Richard Boykin clashed over whether Preckwinkle’s efforts to reform the county’s criminal justice system is fueling the surge of crime during a debate held Wednesday evening on “Chicago Tonight.”

Boykin, who was a fierce critic of Preckwinkle while he represented the 1st District on the Cook County Board of Commissioners between 2014-18, said Preckwinkle’s effort to reduce the number of people held before their trials in Cook County jail was the wrong approach.

“The current administration has failed to keep us safe,” Boykin said, adding that Cook County is facing a “public safety crisis” and a “public health crisis.”

However, Preckwinkle said efforts she has championed alongside State’s Attorney Kim Foxx and Cook County Chief Judge Tim Evans, were designed to ensure that those charged with non-violent, low-level crimes were not held before their trial because they could not afford bail.

Preckwinkle said the county planned to spend $65 million on violence prevention plans during three years to address the root causes of crime, and prevent people from reoffending.

The surge in crime has hurt the economy of Chicago and Cook County, Boykin said.

Boykin said he would “stiffen the penalties” for those who are convicted of carrying a gun and prevent their release on electronic monitoring.

Cook County is not responsible for enforcing laws, Preckwinkle said.

“The big challenge in Chicago is the corrosive relationship between police and community,” Preckwinkle said. “That is a long-standing challenge in Chicago. We’re the wrongful conviction capital of the country. When you don’t have confidence between police and community, it is hard to get the cooperation you need to solve crimes.”

Preckwinkle said crime has increased because of the systemic inequities Chicago faces, including unemployment, poverty, substandard schools and food deserts.

Preckwinkle said there is no evidence that efforts to reduce the use of cash bail and impose electronic monitoring has caused the crime rate to increase.

Crime rose in 2020 across the nation because of the trauma caused by the COVID-19 pandemic and the economic collapse it triggered.

“All of that kind of unraveled our communities in ways that led to more shootings and murders,” Preckwinkle said.

“This is a real challenge for us,” Preckwinkle said.

Boykin said the county should fund outreach workers to get services to those in need and fund a youth job program.

Boykin said the surge in crime had fueled a “mass exodus from Cook County.” Boykin said more than 2 million people had left the county in recent years.

That brought a rebuke from Preckwinkle.

Preckwinkle said she was proud the county will launch a test of a cash-assistance program this fall with $41.5 million from the federal COVID-19 relief package signed into law by President Joe Biden in March 2021. It is the largest program in the nation.

Boykin said that while the program was “well intentioned,” it amounted to “just a drop in the bucket” because it would only help 3,250 households for two years, while tens of thousands of county residents live in poverty. He said that money would be better spent helping children being raised by single parents and grandparents.

During his campaign for Cook County board president, Boykin has also served as a spokesperson for Willie Wilson, who is running for Chicago mayor.

Boykin criticized Preckwinkle for supporting a measure to hike her pay, and those of the Cook County board, by 10% in December and automatic annual pay increases tied to inflation of up to 3%.

Preckwinkle said she would expand the amount of behavioral health care provided by the county’s hospital system and explore ways to reduce medical debt.

The county’s hospitals bore the brunt of the COVID-19 pandemic’s impact, providing half of all the charity care in the county at just two hospitals but remained stable during the pandemic. 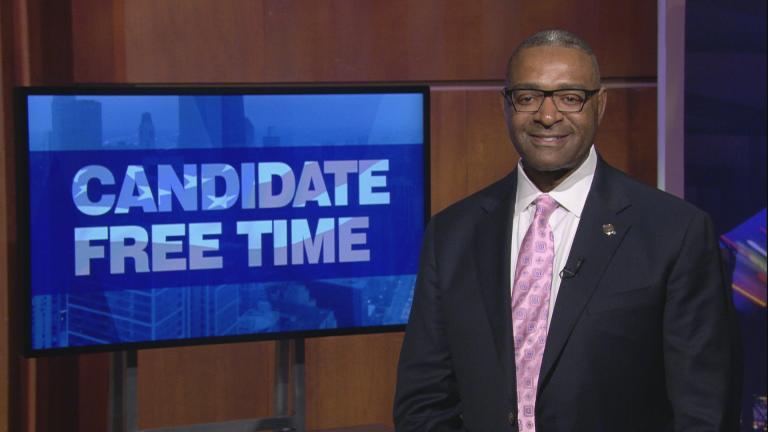