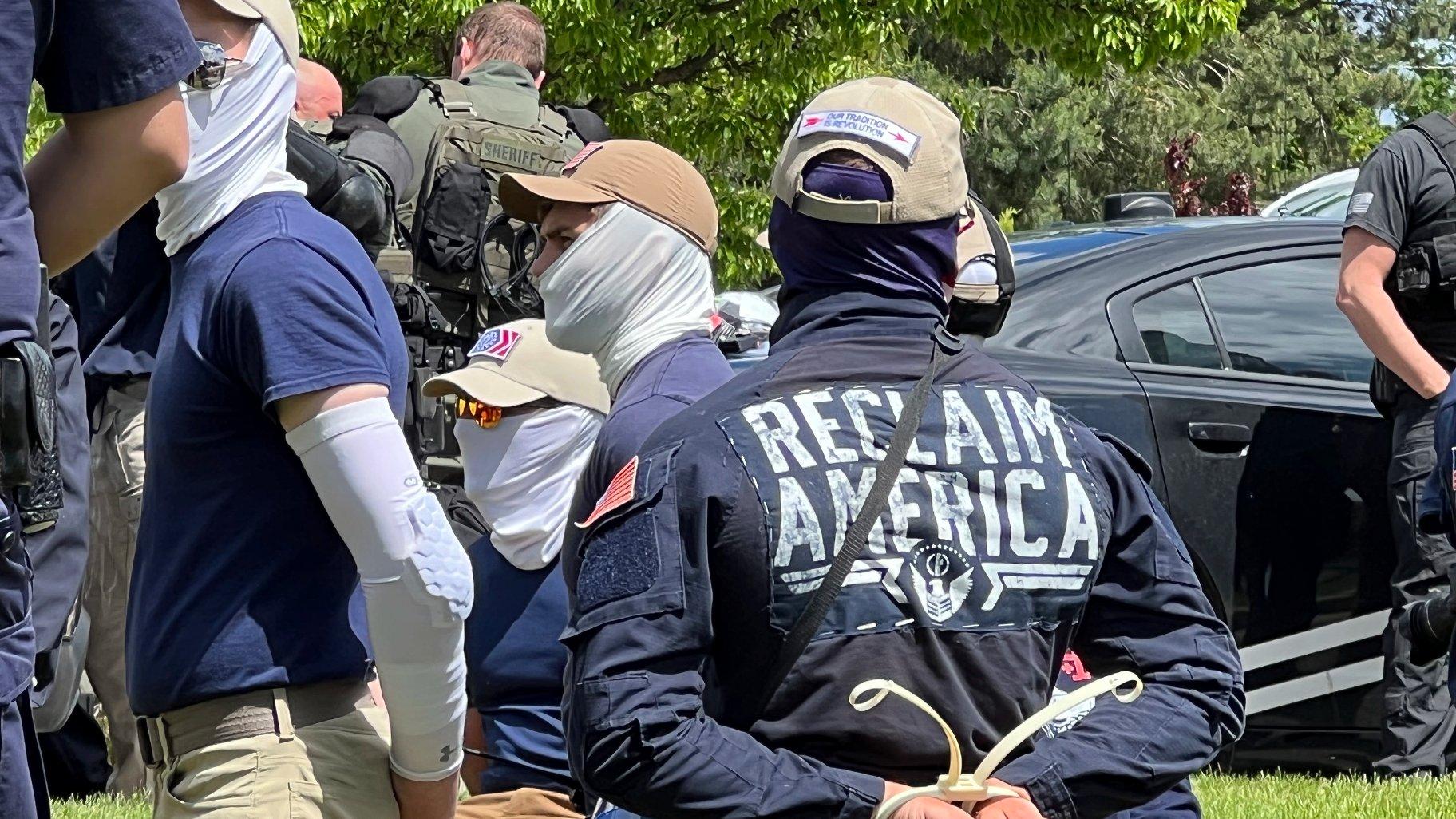 Authorities arrest members of the white supremacist group Patriot Front near an Idaho pride event Saturday, June 11, 2022, after they were found packed into the back of a U-Haul truck with riot gear. (Georji Brown via AP)

Authorities arrested 31 members of the white supremacist group Patriot Front near an Idaho pride event Saturday after they were found packed into the back of a U-Haul truck with riot gear.

The men were standing inside the truck wearing khakis, navy blue shirts and beige hats with white balaclavas covering their faces when Coeur d’Alene police stopped the U-Haul and began arresting them on the side of the road.

All 31 were charged with conspiracy to riot, a misdemeanor, White said. The men were going through the booking process Saturday afternoon and are scheduled to be arraigned on Monday, he said.

Based on evidence collected and documents, authorities found that the group was planning to riot in several areas of downtown, not just the park, White said.

Police found riot gear, one smoke grenade, shin guards and shields inside the van, White said. They wore arm patches and logos on their hats that identified them as members of Patriot Front, he said.

Police learned about the U-Haul from a tipster, who reported that “it looked like a little army was loading up into the vehicle” in the parking lot of a hotel, White said. Officials spotted the truck soon after and pulled it over, he said.

Videos of the arrest posted on social media show the men kneeling on the grass with their hands zip-tied behind their backs.
“Reclaim America” was written on the back of one shirt.

Police led the men, one by one, to the front of patrol cars, took off their masks and then brought them to a police van.

Those arrested came from at least 11 states, including Washington, Oregon, Texas, Utah, Colorado, South Dakota, Illinois, Wyoming, Virginia, and Arkansas, White said. Only one was from Idaho, he said.

The truck was stopped near where the North Idaho Pride Alliance was holding the Coeur d’Alene Pride in the Park event. Police had stepped up their presence in the area during the event.

Patriot Front is described by the Southern Poverty Law Center as “a white nationalist hate group” that formed after the deadly “Unite the Right” rally in Charlottesville, Virginia in 2017.

“Patriot Front focuses on theatrical rhetoric and activism that can be easily distributed as propaganda for its chapters across the country,” the Southern Poverty Law Center said of the group.

The group’s manifesto calls for the formation of a white ethnostate in the United States, the Southern Poverty Law Center said. 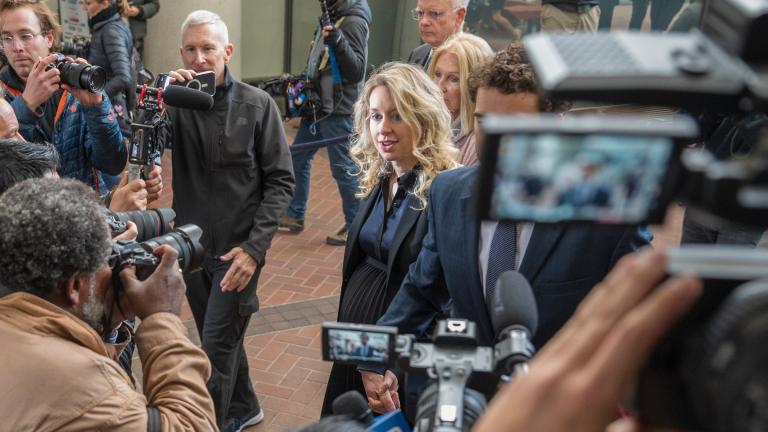