The city has a shortfall of about 120,000 units of affordable housing, according to numbers from Chicago’s Department of Housing.

And that shortage is an even bigger problem in rapidly gentrifying neighborhoods like Logan Square and Pilsen where new luxury developments are pricing longtime families out.

But despite that, the Lucy Gonzalez Parsons apartments opened in May near the Logan Square Blue Line station. The seven-story complex, which features retail space and 100 affordable units, took eight years to go from planning to completion, a timeframe that Joy Aruguete of Bickerdike Redevelopment Corporation said is fairly typical of large-scale affordable housing projects.

“It does take a little while to get an affordable housing project built and that’s usually because there are so many layers of financing that we need to assemble to make it affordable,” Aruguete said. “One-hundred units makes complete sense on the Logan Square Blue Line station because it’s an equitable transit-oriented development. It’s a place that supports height and density and it’s right on Kedzie Avenue along the commercial corridor and just off of Milwaukee Avenue and it’s a pretty lively area.”

“Logan Square has been suffering for a long time through the impacts of displacement. And that displacement has only been exacerbated by the health crisis we’ve been living through with COVID-19,” Diaz said. “And despite the economic downturn of COVID-19, rents have only gone up and more competition for housing is happening in our neighborhood.”

Diaz said for Latinx families, which tend to be larger and need more bedrooms, the search for affordable rentals is especially tough.

“It’s really difficult for families, particularly families who have kids in schools, when their rents are raised overnight by $500-$600. And when they look for new apartments to move into, it’s impossible to find anything below $1,500, $1,600, and those units that we do find are often one bedrooms or studios that can’t fit the average Latinx family,” Diaz said. “So what’s really special about the Lucy Gonzales Parsons Apartments … is that these are family-sized units. So not only are they affordable, but they can actually fit the average Latinx family and this is a monument to racial equity into a new direction that our community is taking. So we’re very proud of the accomplishment.” 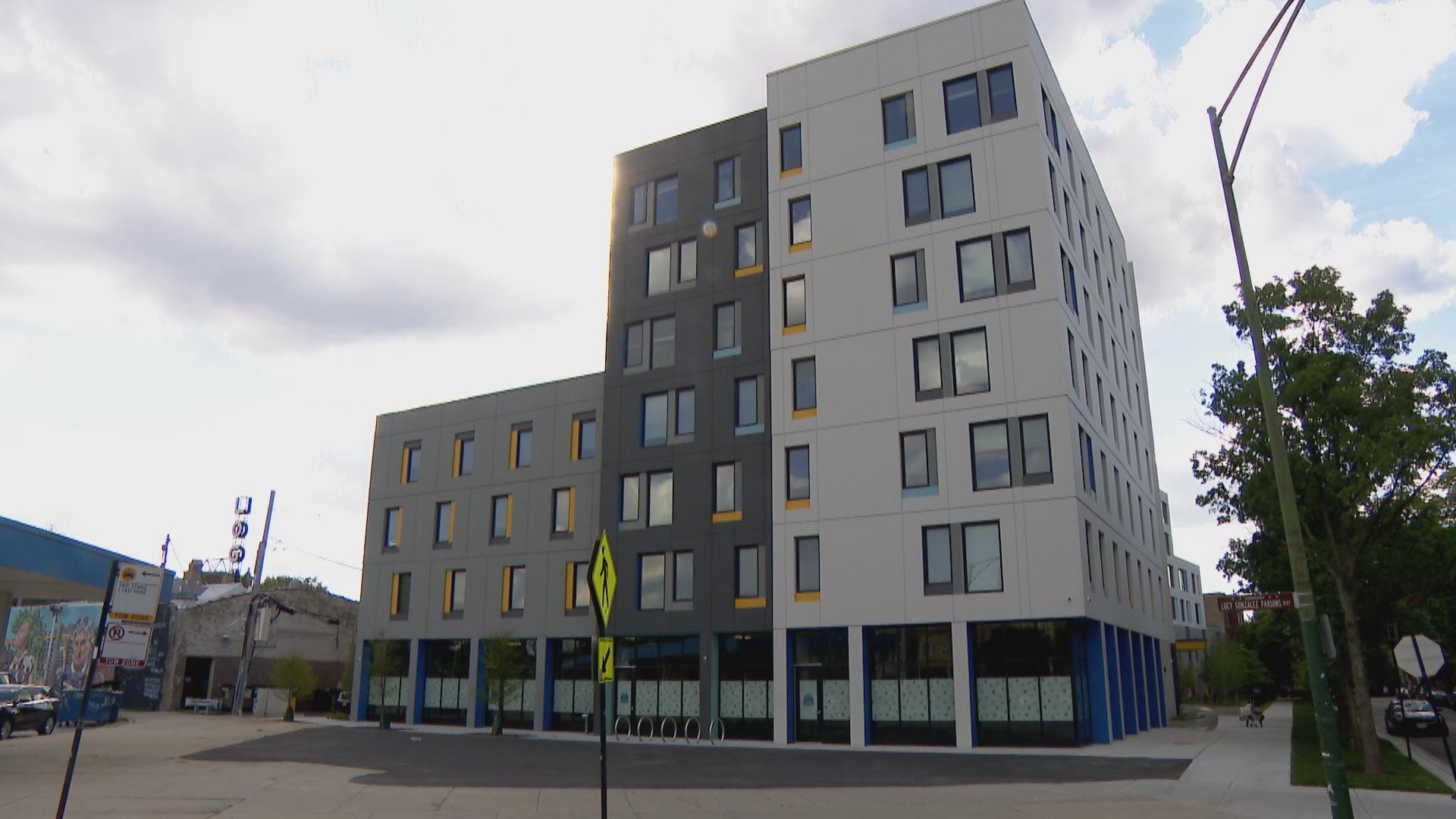 Further south, the Pilsen Housing Cooperative offers a blueprint for community-led affordable housing with an achievable way for families to stay in the area despite gentrification happening around them. PIHCO, which a group of longtime Pilsen residents formed in 2020, was the subject of a WTTW Firsthand: Segregation episode.

“We have been working on PIHCO since 2016 as residents of the neighborhood, folks who lived next to each other and I think we were really looking for an action-based sort of personal way that we could say no to the displacement that was happening in Pilsen, has been happening and has been planned for a very long time,” said Amanda Cortes of PIHCO. “We’ve built up so many resources over many decades in Pilsen and I feel like when folks get displaced, it kind of goes away and so that was our motivation for forming the Pilsen Housing Cooperative.”

Aruguete said the communities themselves can sometimes present a challenge to getting affordable housing built.

“People have misconceptions about low and moderate income people, they don’t realize that sometimes it’s them, or their neighbors, or the people who they see every single day. They’re not unknown people,” Aruguete said.

She also said funding for larger units can be harder to secure.

“We build family housing and … that means that it’s going to cost a little bit more because you have more square footage in the bedrooms … and you get a lot of pushback from your funders who are used to funding smaller sized developments,” she said. “But it’s worth every moment that we spend and the years that it takes to put this kind of a development together when you see those families move in … a place that they can depend on to raise their children and to live in the community that they’ve called home for so many years.”

Still, to truly address the shortage in the long term requires a shift in thinking about land ownership, said Diaz.

“The dominant model of housing and the housing market is one that emphasizes land use as an investment, something that should be used to generate wealth,” Diaz said. “And I think we need to change this dominant narrative to one where we see land as a benefit for people whose primary purpose is to house us and to provide stability for our communities.”

“I think that’s something that we’re definitely doing at the Pilsen Housing Co-op,” she said.